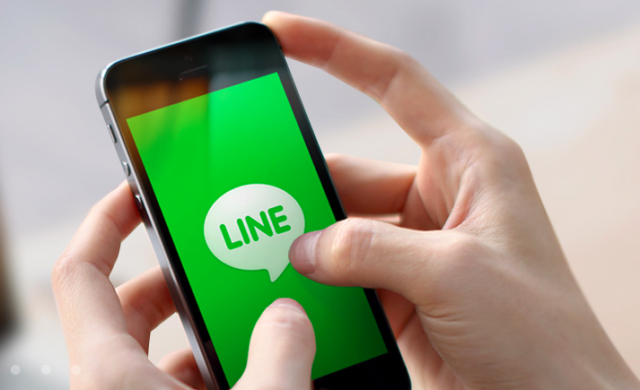 As users opt for a more fragmented and decentralized experience with social networks — choosing, for example to use a separate app for messaging friends, sharing photos, and monitoring the news instead of turning to giants like Facebook for everything — chat apps are growing increasingly important not only for consumers, but for the brands who want to connect with those consumers. Many tech experts and industry watchers are positing that 2015 will be the year when messaging apps become just as important for brands looking to connect with consumers as social networks.

Messaging apps not only cater to a generation that prefers a decentralized social networking experience, but also gives users the ability to communicate with friends with much more privacy than social networks like Facebook afford them. Many messaging apps have gathered hundreds of millions of users, charting explosive growth as they make it more straightforward for users to stay in touch with the people — and brands — who they actually care to hear from. In 2015, these messaging apps are expected to start pulling advertising dollars from the traditional leaders in social media.

As SF Gate reported in September, when Paul McCartney’s tour went to Japan, his team offered users on chat app Line a free pack of digital stickers. Line said that McCartney’s willingness to personally respond to his fans on Line paid off; compared with McCartney’s fans on other social networks, his Line followers were three times more likely to engage with his posts.

Jeanie Han, a former Paramount Pictures executive who’s now chief executive of Line’s Euro-Americas unit, notes that Line only works with stars who can offer “high-quality” content. The app has a long waiting list of movie studios and other content owners, who all want a Line account to capitalize on users’ engagement with the platform. On TechCrunch, Jon Russell writes that Line provides some evidence to support the theory that messaging apps will become the new social media in 2015. Line, the messaging app from Japan that has more than 500 million registered users and 170 million monthly active users, is building a business connecting companies with users.

Noting the example of Paul McCartney’s surprise collaboration with Kanye West, released on New Year’s Eve, Russell explains that McCartney is popular on several social networks and was one of the first global “brands” to get on board with Line. McCartney’s Facebook page has 6.2 million likes, he has 2.18 million Twitter followers, and he has 182,000 followers on Instagram. But on Line, McCartney has more than 10 million followers, thanks to what Russell characterizes as “clever marketing,” including the use of stickers, which were offered free to fans who follow him.

But looking at how many of McCartney’s followers on each of those social networks likely saw the post where he promoted the track produced with West leads to some interesting revelations. Because Instagram doesn’t enable users to place links in their posts, many of McCartney’s Instagram followers — even those who liked the post — likely didn’t listen to or download the song.

The Facebook post promoting the collaboration provided a link to SoundCloud, iTunes, plus showed the song in Facebook’s own video player. But because Facebook’s News Feed algorithm determines how many of McCartney’s followers actually saw the post in their News Feed, there is absolutely no way that all of his fans saw it (unless the team bought advertising space from Facebook). While McCartney’s tweet had a better chance of being seen by a higher proportion of his followers there, the team deleted a tweet promoting the collaboration prior to retweeting one sent by Kanye West — perhaps indicating that the initial tweet didn’t generate enough interest.

Line, however, does things differently than any of these social networks. McCartney’s post on Line went out to fans via both a public post and private chats. On Line’s Facebook-like feed called Timeline, users see all updates from their Line friends and the official accounts they follow in chronological order. The content is therefore determined entirely by the user, not by an algorithm (like Facebook), and brands cannot pay to promote their messages there as they can on Facebook, Twitter, and Instagram.

Even more importantly than appearing in the Line Timeline, McCartney’s account also sent private messages to each of its more than 10 million followers. Most of those fans received a push notification with the message and a link to SoundCloud, which was likely hugely effective in getting them to listen to the song.

The example of McCartney’s social media accounts illustrates that chat apps like Line pose a definite threat to traditional social networks like Twitter when it comes to advertising dollars. But Russell notes that it’s not just Line that’s rivaling social networks. WeChat is a must for any brand trying to reach consumers in China, and the same could be said for Kakao Talk in Korea, where the app is installed on more than 90% of the country’s smartphones.

But the trend — and importance of chat apps — extends beyond Asia. Kik, which reportedly has 40% of America’s youth on its service, now lets brands onto the platform. Snapchat is planning what Russell characterizes as “an Asia-style platform,” which will see it working to become a successful platform as Asian messaging apps have. Tango now also offers a timeline feature, and Viber recently introduced a platform for high-profile users.

Facebook is also expected to take advantage of the growing importance of messaging apps, with David Marcus, the former PayPal chief executive who now heads Facebook’s messaging business, telling Wired that he wants to “reinvent messaging between people and businesses.” Many think that will entail a system like Line’s, where companies can pay for an account to which users can subscriber for updates. A premium tier on Line lets companies engage in two-way conversations, and Russell thinks that Facebook may adopt such a system, too.

Russell notes that as Asia’s chat apps have matured, they’ve built business models that generate income by connecting brands with consumers, as well as bring in revenue with games and stickers. In 2015, these apps are likely to continue gaining momentum with both consumers and advertisers, who may take a hard look at the advertising budgets usually allocated to services like Facebook and Twitter, and begin to redistribute those dollars to new platforms where users are more likely to engage with the content they post and promote.