How Crowdfunding and Open Source Research Will Fight Cancer 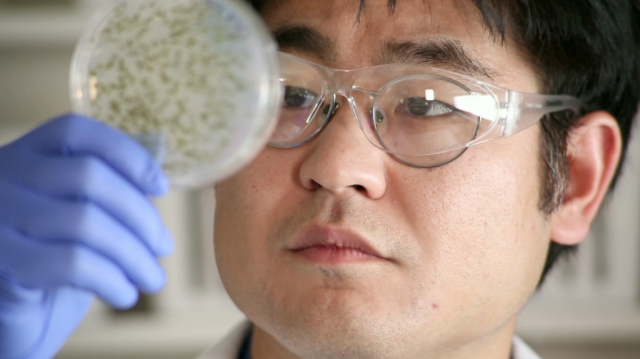 What does an open source research approach mean for cancer? How will crowdfunding help develop better drugs faster? How will making a research project’s data accessible to anyone open up new avenues for research and innovation? A chemist who’s been writing software since his childhood aims to find out.

A researcher named Isaac Yonemoto is applying some of the concepts of open source software initiatives to cancer research. Yonemoto is undertaking Project Marilyn, a campaign to develop a patent-free anticancer drug. The project resurrects research into an anticancer compound called 9-deoxysibiromycin, or 9DS, which has been shown to be effective against several types of cancer in early tests. Project Marilyn also seeks to change the way that drugs are researched and released. The project proposal explains:

“The social goal is to demonstrate that applied pharmaceutical research can be funded using the crowdfunding model and that the results can be released to the public domain, unpatented. Ultimately, the purpose of the social goal is to encourage manufacturers to produce drugs inexpensively, improving access to these drugs.”

Sibiromycin, 9DS’s parent compound, was originally researched in the 1970s by Siberian scientists who thought that it had potential for cancer treatment. “It is a toxic compound produced by soil bacteria and functions by arresting DNA replication. Therefore, it has potential as an anticancer chemotherapeutic,” explains the Project Marilyn proposal. However, they found that it was cardiotoxic, causing stress to the heart, and stopped their research. Project 9DS was developed by Barbara Gerratana at the University of Maryland, College Park, when she developed a method to produce analogs of sibiromycin without an oxygen atom that was thought to cause the cardiotoxicity. Removing the oxygen molecule eliminated the side effects, and actually made the drug more effective.

Gerratana then took a job with the National Institute of Health, and was unable to continue the research. Drug companies were unlikely to sponsor the research because she had already published her results without a patent. But because the work was not patented, it’s now in the public domain. That’s where Yonemoto comes in. “Why make drugs without patents?” the website Indysci.org asks.

“When Salk and Sabin cured polio, they didn’t patent the vaccine. It’s time to develop a patent-free anticancer drug for the 21st century. Like the pharmaceutical industry today, the software industry was historically dominated by big companies and proprietary code bases. Today, the most widely used operating system on the planet — Android — is open source. Anyone can copy and custom tailor the code to meet a specific needs or improve the code base for the entire community. As you explore the web, you will see content and services delivered by or made possible by open source projects like Linux, Wikipedia, WordPress, etc.”

Project 9DS is expected to be effective against melanoma, renal cancer, and triple negative breast cancer. With small changes to the molecule, the compound could also be effective against more types of cancer. The project has so far received pledges for almost $15,000 of its $50,000 goal, plus almost $2,800 in Bitcoin; $50,000 will fund the project for about six months. During that time, Yonemoto plans to produce more 9DS, and submit the compound to a xenograft study to measure the efficacy of the drug against certain lines of cancer (which will take the form of “curing cancer in mice,” as the site explains).

“This is the next step in drug development and an important one on the way to doing clinical (human) studies,” Yonemoto notes. “If we recieve more funding, we will add stretch goals, such as further preclinical experiments on 9DS, development 9DS analogs, or other exciting anti-cancer ideas.” The project led by Yonemoto and Evan Powers, the co-inventor of the drug Tafamidis, will provide independent review of its efforts. Wired learned that Yonemoto intends to publish the data from Project Marilyn openly, possibly on GitHub, where developers routinely host open source software projects.

Wired’s Robert McMillan also notes that Yonemoto’s fundraising tactics run counter to the standard method of researching drugs, but represent a return to the research methods of mid-century drugs, like the polio vaccine, which was developed and distributed without the constraints of patents. Yonemoto told McMillan that, “Biology is becoming more like a computer science discipline,” with the transition accelerated by technological advances like the computerized sequencing of the human genome.

While the technology to sequence an entire human genome has only existed for about 15 years, the strong link it has forged between computer science and biology has made it increasingly possible for researchers to approach medical research projects in the same way that developers would tackle the process of designing a large software system. Google co-founder Sergey Brin famously regards a mutation in his own genes as a bug in his personal code, and the idea of leveraging Google’s computational prowess to power medical research is behind Google’s own research, like Google X’s Baseline Study, and its backing of other ventures like Calico, which is researching aging, neurodegenerative diseases, and cancer.

Exploring genetics as they would source code, researchers are also taking advantage of the low cost of things like sequencing an entire human genome, which now costs roughly $1,000, as Francis de Souza, president of Illumina, a manufacturer of DNA sequencing machines, explained at MIT Technology Review’s EmTech conference. He estimated that 228,000 human genomes will be sequenced this year by researchers around the world, and that sequencing is often used to guide the treatment of various types of cancer. Illumina thinks that the market for high-speed DNA studies could reach $20 billion per year, with half of that connected to the study of diseases like melanoma, lung cancer, or brain tumors.

GeneHub is a San Francisco startup that launched and then canceled a Kickstarter campaign to crowdfund the launch of a service to offer whole genome sequencing to individuals. (The campaign was canceled due to trademarks held by another genomics company that will require GeneHub to rebrand.) The startup still intends to offer the first genome sequencing service available to anyone and explains its motivations:

“In the 11 years since the Human Genome Project was completed, academic institutions have made little headway in understanding the amazing variety expressed in people’s genome. We barely understand how your genes make you, you. This problem won’t be solved in a lab with their lack of data sharing and closed “publish or perish” mentality, but by giving you and other brilliant people out there access to your own genome and empowering you to explore, share, analyze, and control your own genome. “

While GeneHub is hoping to build a business by offering genome sequencing as a service, its aspirations are also in-line with Yonemoto’s aspirations of making medical data more accessible, and open to research by a variety of people. In the same way that developers make their software open source in the hope that others can push its capabilities further, and in new directions, making medical and genetic research open source or widely available could eventually lead to important discoveries for researchers fighting cancer and other diseases.

But that’s not before this unique intersection of biology and computer science overcomes a few challenges. One of those is an image problem: the perception that crowdfunded health projects are bypassing the traditional peer review process that lends credence to scientific claims. The Immunity Project, the GoBe activity tracker, and the Scanadu Scout have each lent some validity to that misgiving. While startups are seeking to democratize medical information and research, it will be critical for them to be able to prove their hypotheses and demonstrate the potential of their drugs or technology.

It’s also possible that open source research projects will also need to find a way to raise more money than they can through crowdfunding, since it takes huge sums to develop and produce a drug. If executed well, initiatives like Project Marilyn serve not only to demonstrate the scientific validity of a drug or a treatment, but could attract more researchers and investors to the project. That could kickstart promising new areas of research, and possibly shorten the notoriously long process of developing and testing new drugs and treatments — which means that when Yonemoto or another researcher finalizes the next important anticancer drug, they could get that innovation from the laboratory to real-life patients a little faster.