How Do I Upgrade Mac OS?

While Apple previously charged users for its desktop operating system software, in October 2013, the company announced that OS X Mavericks would be made available for free from the Mac App Store. This free upgrade tradition continued in 2014 with Apple’s latest desktop operating system, OS X Yosemite. However, before you visit Apple’s website to download the latest version of OS X, there are several steps you should take first to ensure the upgrade process goes as smoothly as possible.

First, you will want verify that your Mac hardware is compatible with the latest version of OS X. Due to the rapid pace of advancement in computer hardware development, there is a limit to the backward compatibility of Apple’s latest operating system with certain older Mac computers. Here are the computers that are compatible with OS X Yosemite, according to Apple’s website. 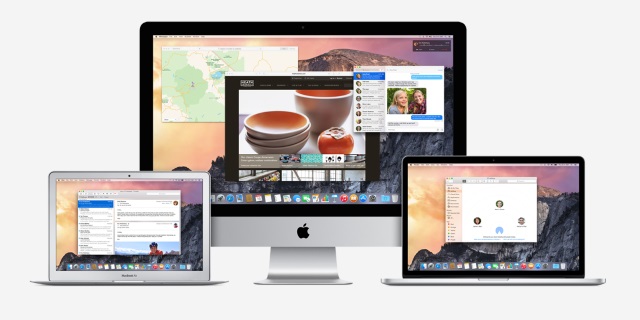 Now that you’ve determined that your Mac hardware is compatible with OS X Yosemite, it’s time to check what version of OS X your Mac is running in order to determine how to update your software. To see what OS X version your computer is running, click the Apple icon at the top left of your screen and select About This Mac, then click More Info. Listed beneath your computer’s serial number will be the version of OS X that your Mac is running. According to Apple, the following versions of OS X can be directly upgraded to OS X Yosemite:

In addition to the operating system versions listed above, there are also several older versions that can be upgraded through a multi-step process.

If you are running any version of OS X Snow Leopard that is older than the 10.6.8 update, you will need to update to the latest version before you can download OS X Yosemite. This can be initiated by clicking the Apple icon at the top left of your screen and selecting the Software Update option. Choose to upgrade to OS X Snow Leopard 10.6.8.

If you are running OS X Leopard, you will need to upgrade to the latest version of OS X Snow Leopard before you upgrade to OS X Yosemite. Fortunately, despite having come out more than five years ago, Apple still offers Snow Leopard. However, since Snow Leopard was released before Apple instituted its free desktop operating system policy, you must pay to get the upgrade from Leopard to Snow Leopard. Snow Leopard software is available for purchase for $19.99 from the Apple Store.

At this point, you have verified that your Mac hardware is compatible with OS X Yosemite and have made sure that you are running OS X Snow Leopard 10.6.8 or later. However, before you initiate your OS X Yosemite download at the Mac App Store, please note these basic system requirements as highlighted by Apple.

For a detailed overview of the core technologies in OS X Yosemite, browse this documentation from Apple.

Now that you’ve made sure that your Mac hardware and software is compatible with OS X Yosemite and have checked your basic system requirements, you’re ready to download. Simply follow the link to the OS X Yosemite download page at the Mac App Store and follow the onscreen instructions to get your free software upgrade. If you don’t have broadband Internet access, you can also upgrade your software by bringing your Mac into any physical Apple Store.