How Google Wants to Make Virtual Reality Affordable for Everyone 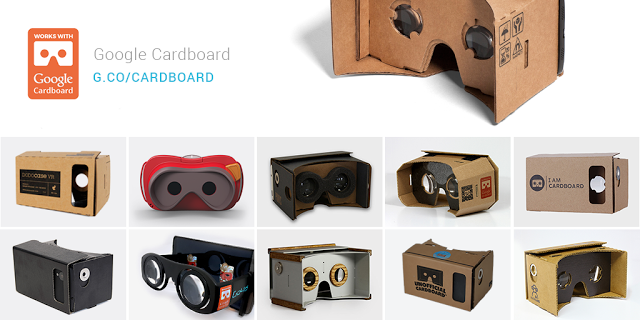 Nartker wrote of the program: “It’s what we dreamed about when we folded our first piece of cardboard, and combined it with a smartphone: a VR experience for everyone! And less than a year later, there’s a tremendous diversity of VR viewers and apps to choose from. To keep this creativity going, however, we also need to invest in compatibility.”

Because people make a range of Cardboard viewers — from materials including plastic, wood, metal, and pizza boxes — the viewers often have slightly different optics and dimensions. Cardboard apps need this information “to deliver a great experience,” so as part of the Works with Google Cardboard program, Google is releasing a tool that automatically configures any viewer for every Cardboard app.

Viewer manufacturers just need to define their device’s key parameters, such as focal length, input type, and inter-lens distance, and the tool will return a QR code that they can place on their device. Once a user scans this code with the Google Cardboard app, all of their Cardboard experiences will be optimized for that specific viewer. 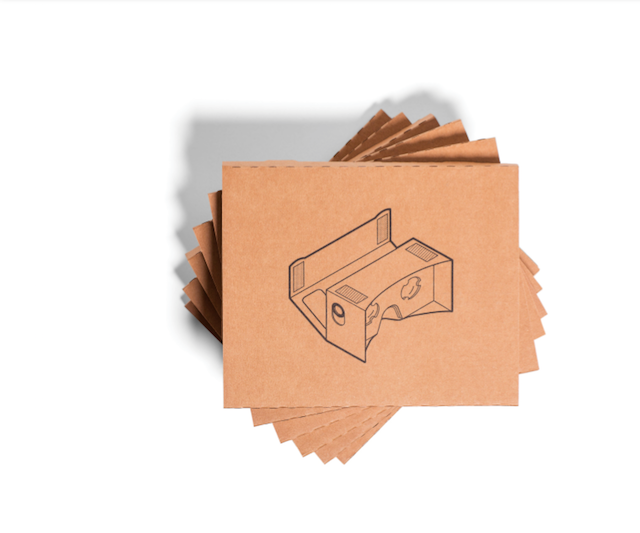 Explaining why Google prefers Cardboard-certified headsets to come without a strap, Gizmodo’s Sean Hollister writes that the Cardboard team discovered the existing inertial sensors you find inside smartphones weren’t quite good enough to enable Cardboard users to quickly turn their heads in virtual reality. If you remove the strap, users hold Cardboard up to their face and, naturally, turn their whole body instead of just their neck, which is easier for the sensors to process and less likely to make users feel disoriented.

For developers, Google released new design guidelines, which focus on usability as well as common pitfalls with virtual reality apps. Google also updated the Google Cardboard SDKs for Android and Unity with features like improved head tracking and drift correction. Both SDKs now support the Works with Google Cardboard program so that all of the apps built with them will “play nice” with all certified viewers. And for users, Google expanded its Google Play collection to help them discover more high-quality apps for Cardboard, with new categories such as Music and Video, Games, and Experiences to explore.

TechCrunch’s Kyle Russell notes that less than a year after Cardboard’s launch, there’s already a need for software to unify the growing ecosystem. Cardboard has inspired manufacturers to build an array of headsets that take Cardboard’s open source design as a starting point and introduce more upscale materials or extras like capacitive input and mounts for the Leap Motion hand tracker. Headsets at a range of price points leverage the content that’s available for Cardboard and bring their own minor and major features to the table.

Russell reports that the Wearality Sky, which is currently raising funds on Kickstarter, aims to provide a wider field of view than most consumer headsets. MergeVR’s Googles will feature a foam mask and offer an SDK that will make it easier for developers to integrate its motion controller. In Russell’s assessment, these headsets wouldn’t have a chance at achieving a “decent” level of adoption if it weren’t for the apps built for Cardboard.

Such headsets depend on Cardboard for almost all of their content, but because they differ so widely from Google’s original design, they so far require a separate SDK for developers to truly optimize their apps for these viewers. Google’s new software could ease that problem for manufacturers in exchange for including their product more directly in Google’s Cardboard ecosystem.

Nartker told Gizmodo’s Hollister that, for now, Cardboard is meant for “bite-size VR experiences,” explaining, “Everybody’s first experience in VR should be easy, something accessible, something easily understood.” But as Hollister notes, there are signs that Google wants to push Cardboard further. Nartker’s blog post announced that Google has acquired both Tilt Brush, a 3-D painting app, as well as Thrive Audio, a team from Trinity College Dublin that specializes in positional audio.

In expanding the Google Cardboard ecosystem and working to ensure compatibility across it, Google is improving the quality of the user experience for consumers who turn to affordable and accessible Cardboard devices as their first virtual reality experience. It will likely make that entry-level experience  more sophisticated as Google Cardboard enters its second year.