How Google Is Baiting Samsung With Moto X Price Cuts 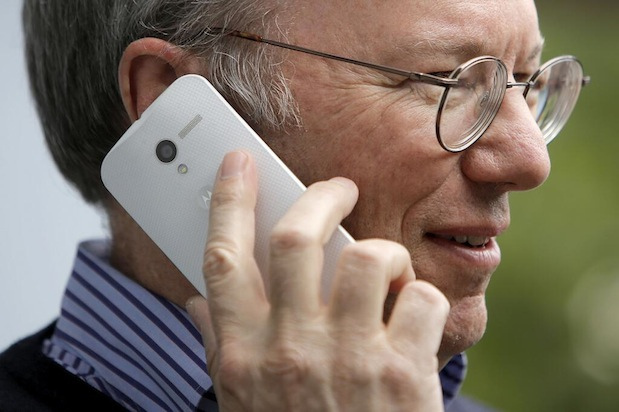 In terms of pricing, few smartphone makers have dared to go as low as Google’s (NASDAQ:GOOG) Motorola division has gone recently. Between a holiday-season $350 price for the Moto X to the announcement the phone will sell for $399 indefinitely, the 16GB model is likely going to put the pressure on Android makers like Samsung (SSNLF.PK), industry analysts believe.

Crain’s reports that analyst Tavis McCourt from Raymond James sees Motorola’s pricing as “an interesting test case” for Android pricing for the long term. Saying the internecine struggle will likely leave Apple (NASDAQ:AAPL) able to stand and watch from the sidelines, McCourt notes the $399 Moto X will have a partner in the Moto G that recently went on sale with prepaid plans for just $100 after a mail-in rebate.

These two Motorola phones sell for far less than similar Android models by Samsung, though the latter’s Galaxy line has proven to be the preference of consumers around the world. The price slashing will prove how firm Samsung’s grip actually is. It’s useful to note that Motorola has sent the industry into similar rumblings before on Moto X price cuts that went as low as $350 during the Black Friday period.

In early December, The Wall Street Journal compiled a list of profit margins among the major smartphone makers. Motorola was shown to collect profits well below the industry standard, even among Android phone manufacturers. Predictions of an Android pricing war have yet to materialize, but it will be interesting to see how that plays out now that holiday deals have ended and the big companies proceed in a business-as-usual season.

Google has proven willing to sacrifice short-term profit to increase market share, but there is no telling if the strategy with the Moto X or Moto G has the potential to pull off a coup on the formidable Samsung. As the analyst McCourt suggested in his Raymond James report, the latest round of Motorola price cuts might tell the industry where Android price points truly stand.