How IBM’s Computers Detect Cancer Sooner Than a Doctor 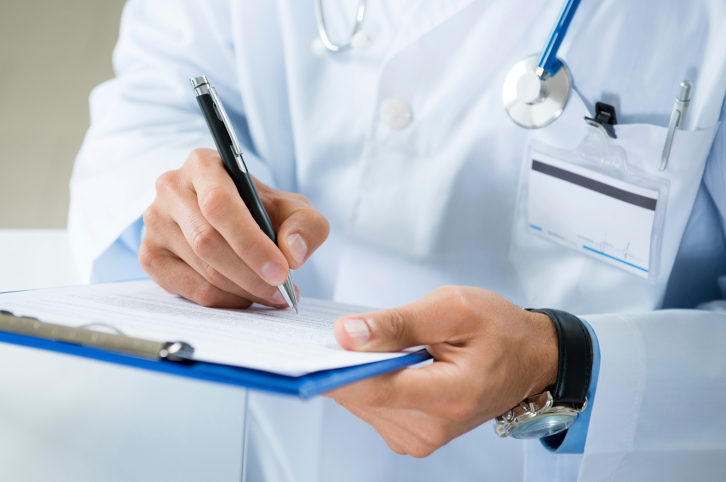 IBM’s cognitive computers have found a new subject to master: skin cancer. VentureBeat learned that in tests with New York’s Memorial Sloan Kettering Cancer Center, IBM’s technology successfully evaluated patterns in medical images and detected deadly types of skin cancer as much as 97% of the time.

In a press release, IBM explained that its cognitive computers use machine learning and visual analytics to learn to identify specific patterns in the images, with the goal of increasing the number of skin cancer cases detected and aiding in making earlier diagnoses.

The project, which is run out of the Multimedia Analytics group at IBM Research’s headquarters and led by IBM researcher Noel Codella, is the company’s answer to the U.S. Surgeon General’s call to action to defeat skin cancer. Melanoma is the deadliest form of skin cancer and takes a toll of 9,000 deaths and $8.1 billion in health-care costs every year in the United States.

The project applies automated analytics to better detect the disease and builds on the company’s work on machine learning techniques — a type of artificial intelligence in which computers can learn without explicit programming. The techniques IBM uses have traditionally focused on identifying things like dogs or cats in an image.

Codella told VentureBeat that Memorial Sloan Kettering has been building a database of dermatological images that show different kinds of skin lesions and other signs, and links them to specific properties of the disease.

The database is used in training the cognitive computers. Codella said to the publication, “Our cognitive systems are using this data to learn what types of features and patterns are most frequent in melanoma to help recognize the disease in images.”

The technology has proven to be useful in analyzing large numbers of images much more quickly than a doctor could — and with a finer level of detailed measurement. The system is designed to evaluate an image in less than a second.

The technology has so far been used in controlled tests of more than 3,000 cases of melanoma and other skin lesions, and the system could identify positive and negative cases of skin cancer with accuracy above 95%.

Codella reports that the highest level of accuracy humans have achieved is 84%, a metric improved upon by some other automated systems, which have hit a 90% accuracy rate. Codella told VentureBeat that IBM’s technology is still in the research stage, and that it will take time before it’s available to dermatologists.

Dr. Allan Halpern, chief of dermatology service at Memorial Sloan Kettering, said in the IBM press release that the best outcomes for skin cancer patients are linked to early detection. But he added that “accurately distinguishing the earliest cancers from concerning benign lesions can be very challenging even for dermatologists, so having the aid of analytics that can recognize medical images and detect small variations over time could vastly improve patient prognoses.”

Cognitive computers can learn to identify specific patterns in medical imagery and perform measurements that would be too finely detailed, large, and laborious for a doctor to feasibly complete, such as “the objective quantification of visual features, such as color distributions, texture patterns, shape, and edge information,” or the “temporal morphological progression of lesions (such as aggressive growth over a short span of time), or deviations from what is considered normal for a single patient or sub-population.”

Codella told Computerworld that the system can weigh the results of each test. “We don’t take a single approach. So we study a variety of approaches, see how they work, and see if they can be combined in some way so they work better.”

While the current computer system may never emerge from IBM’s labs, its promise illustrates the huge potential of advanced computer systems and artificial intelligence techniques to advance health-care professionals’ ability to understand, diagnose, and treat diseases.

IBM is just one of many tech companies, large and small, to test the limits of the latest in artificial intelligence. As Google, Apple, Amazon, Microsoft, and others use various forms of the advances to deliver better search results or build a more capable virtual assistant, the use of artificial intelligence in health care-related applications is growing.

The complex algorithms of systems like the one IBM is currently building can take full advantage of electronic medical records and databases, mining them for clinically relevant data that can lead to new insights about the diseases doctors are trying to defeat. Systems can cross-reference individual patients’ data with the genetic information from textbooks and journals that publish the latest clinical research.

Artificial intelligence gives computers the valuable tools to analyze words and images, but it’s difficult and expensive to build repositories of high-quality data and train algorithms to pick up on patterns. Electronic health records systems are often incompatible with each other, and their data is not stored on the Internet, posing a challenge to artificial intelligence systems that would benefit from more and better data to learn from.

Additionally, a long-term concern is where we’ll draw the line between systems providing recommendations and making decisions, which experts say will become a gray area as technology advances.

However, it’s hard to argue with the potential of research like the project IBM is undertaking with Memorial Sloan Kettering. Especially when it comes to diseases that, like skin cancer, are both deadly and difficult to detect, any advance that can help doctors complete more early diagnoses — and ultimately, save more lives — the creeping reach of technology that is, in some ways, smarter than humans is difficult to argue against.

While computers aren’t likely to replace physicians and their decision-making abilities, cognitive computing and artificial intelligence can dramatically improve the data upon which they base those decisions, leading to more accurate diagnoses, better care, and more successful treatment.