How Is Tim Cook Optimistic About Tablets as iPad Sales Fall? 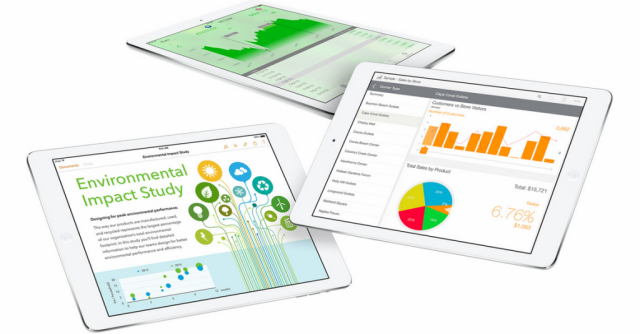 Apple’s (NASDAQ:AAPL) earnings call revealed that iPad sales are slowing, reaching only 13.3 million units in the June quarter, down 9 percent year-over-year and down 19 percent from the previous quarter. IPad sales missed expectations, falling short of the 14 million to 15 million unit sales that some analysts had projected. The entire U.S. tablet market is down as tablets compete with large-display smartphones. So why is Apple Chief Executive Tim Cook still optimistic about the tablet market?

While he noted that “a reduction in channel inventory” and international “market softeners” affected sales, Cook defended the performance of the iPad during the company’s earning call. According to Time, he told investors: “IPad sales met our expectations but we realize that they didn’t meet many of yours. What’s most important to us is that customers are enjoying their iPads and using them heavily.”

Cook pointed to the potential for further innovation to strengthen the market for tablets and the iPad specifically: “We still feel the [tablet] category as a whole is in its early days and that there’s still significant innovation that can be brought to the iPad — and we plan on doing that,” Cook said, according to reporting by VentureBeat.

Cook also mentioned that tablet penetration into the business sector is relatively low, though iPads account for 73 percent of tablets in use by U.S. corporations and 39 percent globally, while more than 98 percent of Fortune 500 companies already use iOS devices.

However, Cook noted that tablets’ penetration into business in the U.S. is only 20 percent, versus the 60 percent penetration of notebooks, according to 9to5Mac.  In Cook’s view, Apple could achieve higher sales by strengthening its presence in the enterprise market, most notably through its partnership with IBM, which will see the companies collaborating on more than 100 industry-specific iOS apps and services for businesses in a variety of sectors.

The app development portion of the partnership parallels an area of strength, as reported in the company’s earnings call, which represents another likely reason why Cook is maintaining a positive outlook on the tablet market. The company’s earnings call revealed that iTunes software and services are the fastest-growing segment of Apple’s business. Revenue from iTunes and the App Store grew 12 percent year-over-year to $4.5 billion. Cook noted that Apple has sold more than 225 million iPads so far, with over 50 percent going to first-time customers. Each of those customers is firmly planted in Apple’s ecosystem and is likely to buy media, paid apps, or in-app purchases, which deliver more revenue to Apple.

Apple says that it has 85 percent of the education tablet market, as the iPad attracted educators early on with a robust ecosystem of educational apps. However, recent debates pit tablets against budget laptops in the education market, and Google (NASDAQ:GOOG)(NASDAQ:GOOGL) recently announced that it sold schools a million of its Chromebooks, the simple, affordable laptop that is increasingly more attractive to schools than Apple’s pricier and now vulnerable iPad.

9to5Mac reports that during Apple’s earnings call, Cook said the company remains “bullish about the future of the tablet market” in spite of its challenges. News about the iPad hasn’t been all bad, as Chitika Insights recently released its latest update on North American tablet usage and found that the iPad experienced its first quarter-over-quarter gain in usage share since June 2013. Chitika links the increase in part to expanded distribution through Costco’s (NASDAQ:COST) resumed offering of the iPad, plus Apple’s offering of several promotions and educational discounts.

Chitika explains its methodology as follows: “To determine the distribution of Web usage among leading tablet devices for early July 2014, Chitika Insights sampled tens of millions of U.S. and Canadian tablet-based online ad impressions running through the Chitika Ad Network. … As an ad network, Chitika Insights measures usage based on ad impressions served within our network. An ad impression is measured when an individual user loads a page containing Chitika ad code. … Chitika Insights utilizes the user agent generated by each website visitor to determine the Web browser, operating system, and (if applicable) the mobile phone or tablet in use by that user.”

Piper Jaffray analyst Gene Munster sought to answer the question “What’s wrong with the iPad?” in a note following Apple’s earnings call, outlining reasons why the iPad is losing ground despite Cook’s optimism.

“We think there are three reasons for the declines in iPad. First,we believe that the majority of tablet market unit growth is coming from the lower end of the market and iPads are priced higher. Second, we believe the low hanging fruit in the high-end tablet market has been captured with Apple selling 225m iPads over the first four years,” he wrote. “Tim Cook commented on the earnings call that the adoption of the iPad over the first four years has been better than they were expecting, perhaps suggesting the high end is becoming saturated. Lastly, given iPads are not subsidized, the replacement cycles tend to be longer compared to an iPhone (we estimate at 2.0 years).”

However, to Cook, “What’s wrong with the iPad?” is the wrong question. Cook remains optimistic that opportunities in enterprise and education could drive future growth. If Apple is able to deliver true “innovation” through its partnership with IBM, and possibly the development of new resources for educators, he may be right.

However, as always, Apple limits its growth by focusing on the high end of the market, and in the absence of growth in sales, the company may depend on the growing potential of media and app sales to make the iPad product line profitable.