How Microsoft Wants to Get Android and iOS Apps on Windows 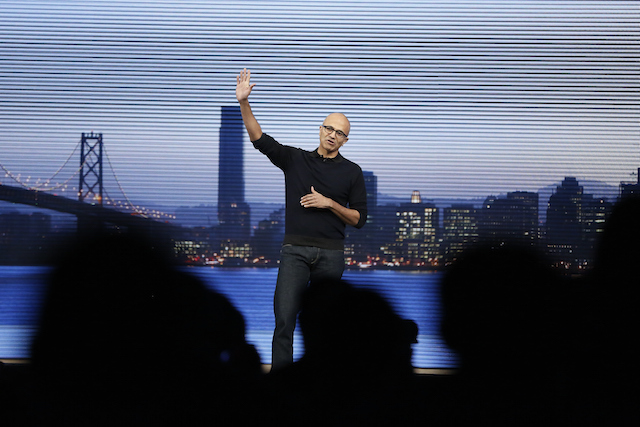 While owners of Android smartphones and Apple’s iPhones have an extremely wide array of apps and games to choose among, users of Microsoft’s Windows Phones are much more limited in their choices. Apps that are wildly popular on other mobile platforms show up only later on Microsoft’s. But Microsoft has proposed a relatively quick fix for the gap in the number of apps on its platform versus those of its competitors.

Nick Wingfield reports for The New York Times that Microsoft has a plan to win back developers it’s lost to iOS and Android by making it easier for them to run their existing apps on Windows. At its Build Conference in San Francisco, the company announced that it’s created new tools that will enable developers to convert the apps they’ve written in the programming languages used by the Android and iOS platforms so that they can run on Windows 10, the new version of the Microsoft operating system expected to be released this summer. Microsoft chief executive Satya Nadella said at the event, “We want to make sure for every developer you have the widest, most vibrant user base that your applications can target.”

Ars Technica reports that with “Project Islandwood,” iOS developers will be able to build their iOS apps for Windows using an Objective C toolchain and middleware layer that provide the operating system APIs needed for iOS apps. Microsoft’s “Project Astoria” will enable Android apps to run on Windows; Windows Mobile devices will include an Android runtime layer that enables them to run existing Android apps, both Java and C++, unmodified.

Microsoft also promised developers that there will be 1 billion Windows 10 devices for them to write apps for within the next two to three years, a metric that reflects the fact that the new operating system will run on everything from smartphones to PCs to the Xbox One to the HoloLens augmented reality headset. By moving all types of devices to a single operating system, Microsoft hopes to enlarge the market for Windows apps and consequently win back the developers who have drifted away from its ecosystem.

Wingfield notes that it’s not clear yet how developers will react to Microsoft’s approach. Users interact with touchscreen devices in completely different ways than they operate computers or game consoles. Writing a single app that provides a satisfactory user experience on all of them could be more difficult than Microsoft’s announcement implies.

The company is also faced with the additional challenge of dealing with the 16 million apps that were written for the specifications of older tech, and therefore can’t be distributed on Microsoft’s app store for security reasons. Microsoft announced the introduction of tools that will enable developers of those older apps to put them in the Windows Store. Terry Myerson, Microsoft’s executive vice president of operating systems, told the Times, “We’ve dramatically reduced the amount of work for developers to get started on Windows. But they’re doing it because they’re going to have the opportunity to reach these one billion devices.”

Quartz’s Alice Truong reports that Microsoft’s announcements show that it wants all developers on its platform, regardless of the tools they want to use, the languages they want to write in, or the devices they want to target. The move, in Truong’s estimation, is symbolic of the new direction Microsoft is taking under Nadella, who is focused on growing markets like mobile and the cloud and is open-minded about competing platforms.

Of the roughly 2.4 billion smartphones, tablets, and PCs shipped last year, just 14% run Windows. Microsoft has found it difficult to attract mobile developers, and reducing the challenges of building Windows apps could help. Microsoft says that developers will need to make only minimal modifications to their existing code, and though there will certainly be some work involved in adapting nuanced or platform-specific features. (For example, Apple’s newer iPhones have a fingerprint reader that doesn’t exist on Windows Phones, and Windows Phones feature a back button that Apple’s phones and tablets don’t.)

While Microsoft’s move to bring iOS and Android apps to Windows is reminiscent of a BlackBerry program called Runtime, which made it possible to run Android apps on BlackBerry’s platform, Ars Technica’s Peter Bright thinks that Microsoft isn’t making a BlackBerry-style “capitulation.” The idea isn’t for the platform to turn to iOS and Android apps instead, but to bring developers back to the platform with an easy way to make Windows apps that happen to share code with their counterparts on competing platforms.