How One Startup Wants to Reimagine Bitcoin’s Capabilities 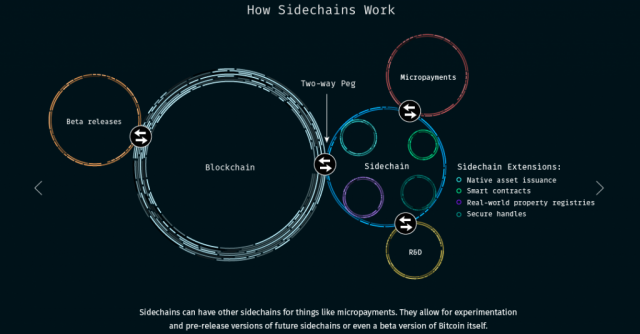 A startup named Blockstream has Silicon Valley luminaries betting on Bitcoin innovation, with leading investors like LinkedIn founder Reid Hoffman and Sun Microsystems founder Vinod Khosla contributing $21 million in support of its vision to reimagine the capabilities of the technology underlying Bitcoin.

MIT Technology Review reports that Blockstream is working on a technology that would use the code that underpins Bitcoin to secure other kinds of assets, such as contracts or ownership of stock. The technology could also provide workarounds for shortcomings in the design of Bitcoin, a digital currency that has come quite a long way since what the Technology Review characterizes as an “obscure” debut in 2009.

Investors have poured $21 million into Blockstream in the hope that its technology will extend Bitcoin’s functionality so that it can power much more than digital payments. The 13.5 million bitcoins in circulation are worth $4.7 billion. The currency has yet to see wide use, and Blockstream’s founders say that significant technical improvements are needed for that to happen.

In all, investors have given hundreds of millions of dollars to startups that have built products on top of Bitcoin, but little of that money has supported work on the core technology that underpins Bitcoin itself. The task of maintaining the core technology has fallen mostly to a band of unpaid coders, and Adam Back, a cryptographer and cofounder of Blockstream, says that the community has largely been unable to work on improvements to Bitcoin’s design, with development focusing instead on security and stability.

What is Blockstream building?

Blockstream won’t help with the core Bitcoin code, but will build on top of it using what’s known as “sidechains.” The startup’s website explains, “Sidechains are blockchains that are interoperable with each other and with Bitcoin, avoiding liquidity shortages, market fluctuations, fragmentation, security breaches and outright fraud associated with alternative crypto-currencies.” As Technology Review notes, at the heart of Bitcoin’s design is the blockchain, a digital file that’s maintained by computers worldwide and serves to record every Bitcoin transaction. Everyone can trust the blockchain’s record, even if they don’t trust each individual who contributes to its upkeep or uses Bitcoin.

A sidechain, on the other hand, can also record Bitcoin transactions, but can take on different functions, as well. Blockstream has developed a way to securely move bitcoins between the blockchain and sidechains in order to add new functionality to Bitcoin transactions. That makes it possible to create sidechains that could process Bitcoin payments instantly — versus taking the typical 10 minutes — or to apply the anti-counterfeiting mechanisms that protect Bitcoin to other digital assets.

Sidechains could issue company stock, as an alternative method to paying a financial company to manage transactions and keep records. As Technology Review notes, such ideas are found not only among Bitcoin enthusiasts, but also among executives of banking giants like UBS, where the chief information officer said that blockchain-style technology could simplify financial trading and the settlement of funds between banks.

Gavin Andresen, chief scientist for the Bitcoin Foundation and the primary maintainer of Bitcoin’s code, tells the Technology Review that Blockstream’s proposal is a good one, and that Bitcoin might come to power a diverse collection of services through the use of sidechains, which can cheaply provide trust and security.

How much potential do Blockstream and Bitcoin have?

In a LinkedIn post on his investment in Blockstream, Hoffman wrote that “Beyond arguments over whether Bitcoin functions more like a commodity or a currency is the fact that it introduces the blockchain, a distributed ledger that resides on tens of thousands of servers around the world.” Each time users exchange bitcoins, the transaction “is checked against this public and permanent record of every Bitcoin exchange that has ever happened.”

Hoffman goes on to explain, “The blockchain creates the possibility of trustless trust. Parties no longer need to know or trust each other to participate in exchanges of value with absolute assurance and no intermediaries. So the blockchain greatly reduces the need for third-party payments processors and the fees they charge.”

Hoffman believes that Bitcoin could eliminate the possibility of credit card fraud, create new possibilities for micro-payments, and make cross-border commerce easier, especially in places without credit card networks or robust banking systems. But in addition to enabling “trustless trust” in exchanging currency, the blockchain protocol could enable the trustless exchange of any digital asset — “domain name signatures, digital contracts, digital titles to physical assets like cars and houses,” as Hoffman enumerates. He notes that it’s also possible to attach conditions or actions to digital assets stored in the blockchain.

Hoffman says that Blockstream will play a significant role in helping Bitcoin to maintain its momentum, and notes that the company will operate in a manner similar to the Mozilla Corporation, which produces the Firefox web browser but is owned by a nonprofit foundation. However, as Technology Review notes, if Blockstream is successful in helping Bitcoin to become more mainstream, the other Bitcoin companies that Hoffman and fellow investors have backed will stand to benefit.

Some experts say that sidechains could also help reverse the fragmentation that is a result of the many digital currencies following Bitcoin’s lead. Technology Review notes that while these alternative currencies — from Doge coin to Master coin to Zero cash — operate independently of Bitcoin’s community, sidechains provide a way to create digital currencies without giving up the stability that comes with building on the Bitcoin ecosystem.

Blockstream’s Adam Back reports that the company is working on its first sidechains now, and will release them in the coming year in partnership with companies interested in using the technology. Blockstream will also release the technology to allow people to make their own sidechains. However, he says that a change needs to be made in Bitcoin’s code to make transferring bitcoins to sidechains as secure as regular bitcoin transactions. Blockstream already has a workaround in place that Back says is secure enough for people to start experimenting with as soon as the technology is released.