Can You Help Stop Police Violence With Your Smartphone Camera? 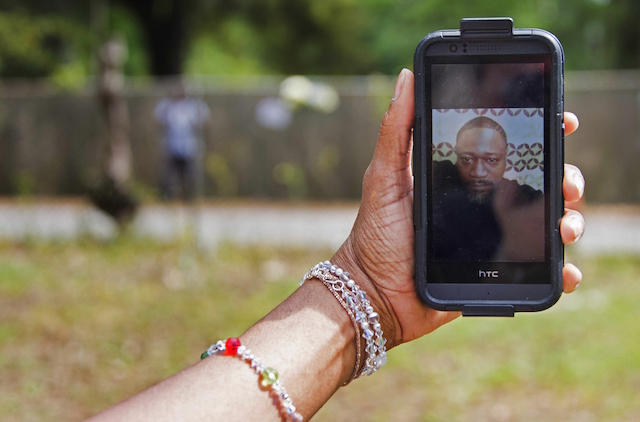 Police officers’ use of lethal force in New York, Cleveland, Ferguson, and, most recently, North Charleston, S.C., a working-class community next to the tourist destination of Charleston, has set off a debate about whether police are too quick to use force. The discussion has also highlighted the way that smartphone cameras grant regular citizens the power to influence the direction of the discussion about police and justice reform.

The video of the fatal shooting of Walter L. Scott, a black man, by Michael T. Slager, a white police officer, in North Charleston, is the latest evidence of the power of the ubiquity of smartphones to catalyze important political discussion. And Farhad Manjoo and Mike Isaac reported for The New York Times, it’s not only the smartphone itself that’s seen as an important tool by advocates of police reform. A growing number of apps, produced by activists, streamline the process of capturing and broadcasting videos of police officers interacting with citizens.

Take Cop Watch, an iOS app that begins recording when you tap its icon and automatically uploads the video to YouTube when the recording is stopped. Darren Baptiste, the creator of the app, told the Times that his app makes recording police encounters easier for citizens and makes the footage less vulnerable to confiscation by authorities. Baptiste says that when they’re photographing the police during intense situations, people may forget to hit record, or may not know how or where to upload a video. And there have been cases in which police confiscated cameras or phones where recordings were stored.

Baptiste created the app in collaboration with the Network for the Elimination of Police Violence, which is alerted when a user uploads a video. Its staff can review the footage and, if necessary, alert the media and the authorities of any apparent wrongdoing by the police officers involved. So far, the Cop Watch app hasn’t gathered evidence of police misconduct, and usage has been low.

In the year that the app has been available, about 2,000 people have signed in to the program, and 1,000 videos have been uploaded — mostly showing people trying out the program. “This is truly one of those things that you hope people wouldn’t want to use it,” Baptiste said to the Times. “The main point of this app is to make people talk about why we have an app like this in the first place.”

Though the South Carolina shooting is only the latest in a series of cases where amateur photography has documented police officers’ use of force, it clearly demonstrates the power of such citizen-captured footage. The video brought to light possible discrepancies between the officer’s account of what happened and what actually occurred. Slager said he feared for his life because Scott had taken his stun gun in a struggle after a traffic stop for a broken taillight.

The New York Times reports that Scott ran away, and Slager chased him into a vacant, grassy lot next to a muffler shop. Slager fired his Taser, an electronic stun gun, but police reports say that it didn’t stop Scott. Moments after the struggle, Slager reported on his radio, “Shots fired and the subject is down. He took my Taser.”

But the video, taken by a bystander, presents a different story. The footage begins in the vacant lot, moments after Slager fired his Taser. The wires that carry the electrical current from the stun gun appear to extend from Scott’s body as the two men struggle and Scott turns to run. Something — possibly the stun gun — is tossed or knocked to the ground behind them, and Scott draws his gun.

When Slager fires, Scott is about 15 or 20 feet away and running. He falls after Slager fires the last of eight shots. Slager then returns to the site of the initial scuffle and picks up and object from the ground. Moments later, he drops an object near Scott’s body.

The debate over police use of force has been catalyzed in part by videos like this one. Slate’s Chad Lorenz reports that many Americans have noted that if it weren’t for the video that clearly shows Scott being shot in the back, Slager would likely have evaded a murder charge. “When officers are involved in shootings,” Lorenz explains, “they get to tell their own version of events, and the dead victims don’t.”

An investigation may or may not draw on accounts by witnesses, and in some cases, contradictory accounts can muddle an investigation. In those cases, extra weight seems to be placed on the officer’s account. But in cases where a video provides an indisputable version of events, much of that ambiguity is eliminated.

Lorenz and other advocates of a more just American justice system posit that citizens should consider it their civic duty to take their phones out and start filming when a police encounter seems to be getting out of hand, at least until the time when reform and structural change take place. In an era when more than half of Americans own a smartphone, many consider it the socially responsible thing to do — that is, the right thing to do — to take video of police confrontations.

Some municipalities, instead of relying on a citizen to be present to film potentially problematic police encounters, are considering equipping their officers with body-worn cameras, as The Washington Post reports North Charleston is moving to do. In the case of footage both from body cams and smartphone cameras, video doesn’t always resolve controversies or clarify whether officers’ choices were justifiable. But as smartphone cameras become ubiquitous, digital video will increasingly be used as a source of impartial evidence.