What Year Will Your Car Drive Itself? It’s Closer Than You Think 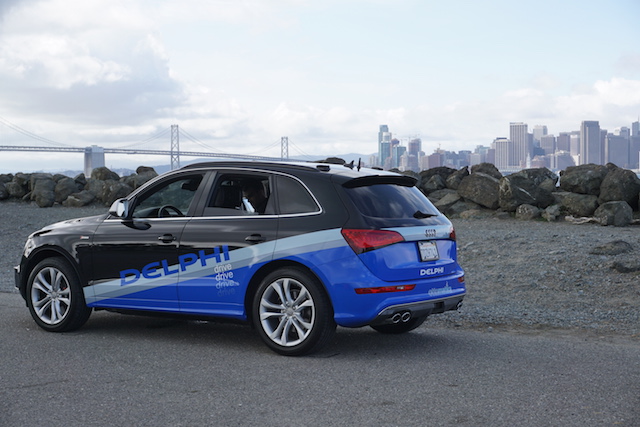 Automotive tech company Delphi just reached a milestone for driverless cars: a 3,400 mile cross-country journey. The nine-day trip from San Francisco to New York was accomplished by a blue car outfitted with technology the company’s been working on for years. And as Alex Davies notes, reporting for Wired, it’s remarkable not because one company has built hardware that’s up to the task, but because several companies have. As Davies notes, “Google, Audi, or Mercedes would have had little trouble handling this level of autonomous highway driving. The news here isn’t that this was possible, but that it was so easy.”

The car did 99% of the driving on the cross-country road trip itself, ceding control to a person only when it was time to leave the highway and take to city streets. While a number of regulatory and legislative issues have yet to be sorted out — and consumers’ willingness to give up control of their cars to a computer has yet to be proven — the news highlights the fact that autonomous cars aren’t a vision from a future still several decades down the road.

In fact, autonomous cars are so close to becoming a reality that most of the major automakers worldwide are working on autonomous technology. Audi, Mercedes-Benz, Nissan, and Volvo are in the lead, and the work Google has done on its driverless car may be the most advanced of all. Google’s self-driving cars, according to the company, are so far along in the development process that they are able to recognize and respond to hand signals from a police officer directing traffic. Most automakers are taking a slow approach to the technology, and plan to roll it out over time. Davies reports that most expect to have cars capable of handling stop-and-go traffic and highway driving within three to five years, while cars capable of navigating complex urban environments will follow in the years after that, and fully autonomous vehicles are expected to be “commonplace” by 2040. 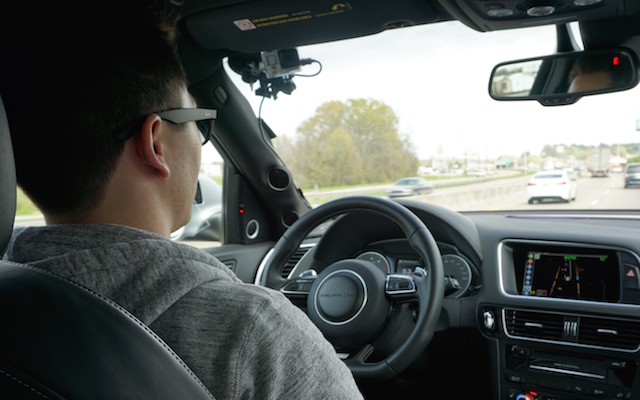 Delphi has been working for the past 15 years on active safety features, like active lane keeping and blind spot monitoring, and has been consolidating all of this work into one system that lets the car handle itself. Delphi installed this system in a 2014 Audi SQ5, which, Davies reports, Delphi engineers chose simply because “they think it’s cool.” Windshield-mounted cameras monitor lane lines, spot road signs, and detect the color of traffic lights. Midrange radars that can see for 80 meters (more than 250 feet) sit at each corner, with two more at the front and the back, plus two long-range units at the front and back. The front corners also feature LIDaR.

The cross-country trip was intended to drum up interest and publicity, but also to test the system in real-world conditions and collect terabytes of data on its performance. The car was exposed to rain, hot weather, construction zones, and tunnels, and the six engineers who took turns in the driver’s seat only took control of the car when it encountered a situation they weren’t confident it would handle safely — such as a construction zone with zig-zagging lane lines, or when it needed to make an aggressive lane change to get around a police car on the shoulder.

Because any technology that Delphi pitches to automakers needs to be unobtrusive and production-ready, the engineers packed all of the necessary computers into the car’s spare tire compartment. Davies explains that the plan is to offer everything an automaker would need to make a fully autonomous car. Over the next few weeks, the company will dissect the data it gathered and adjust the system accordingly. 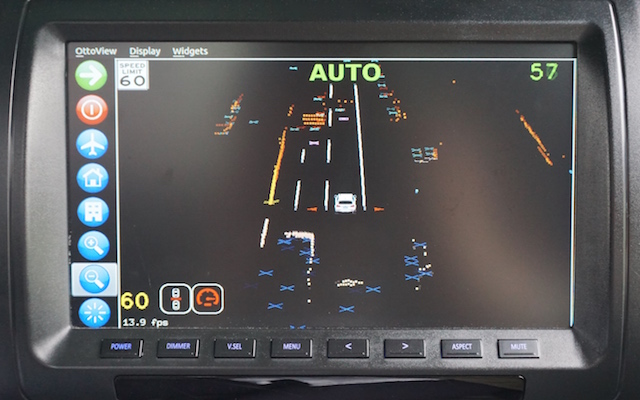 The driverless car faces many hurdles before automakers can put the technology into production, but is generally regarded as a solution to make roads safer by taking distracted drivers out of the equation. However, even when the technology is figured out and regulatory issues are worked out, it’s still a question of exactly how those safety benefits will play out. As Catherine Clifford recently reported for Entrepreneur, a study by the University of Michigan Transportation Research Institute found that the safety benefits expected with driverless cars aren’t as straightforward as you might predict.

The report asserts that whether or not a self-driving car is a safety improvement over a car driven by a person depends on the age of the person, with the safety benefits applying mostly to young, inexperienced drivers and older drivers with diminished reflexes. (The safest drivers are middle-aged people, who have years of experience but haven’t yet lost any response time.) If all cars on the road were as safe as those operated by middle-age drivers, driverless cars would offer a significant safety improvement. But the report finds that during the transition period, in which some cars have drivers and some don’t, the danger on roadways could even increase.