How to Upgrade Your PS4 Hard Drive to 2TB 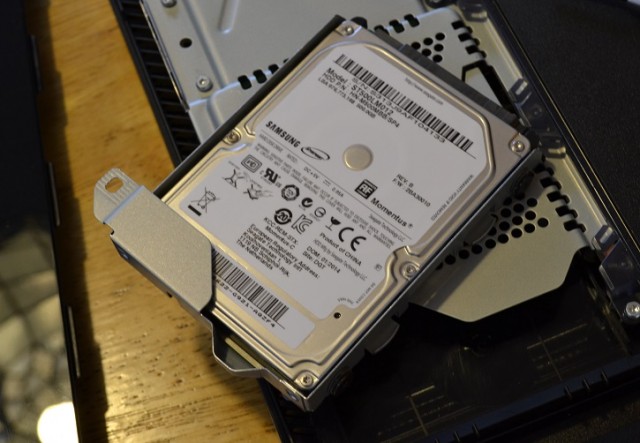 If you’re looking to go the purely digital route on your new PS4 console, 500GB will go a long way before you’ll start having to make some tough choices. But once you get a year or so into your ownership, space may start to get a little sparse and you might start wondering how you can expand.

Sony doesn’t offer a plug-and-play solution. Unlike Microsoft’s Xbox 360 and Xbox One consoles, you can’t plug an external hard drive into the PS4 to download and play games. Sony CEO Shuhei Yoshida made it clear in the beginning of the PS4’s lifecycle in several Tweets that there was no way to play games off an external hard drive and no plans to make it possible.

Yoshida did, however, explain that the internal hard drive was upgradable.

Don’t let the idea of cracking open your PS4 deter you from boosting your storage. It’s easy and takes no more than 45 minutes out of your day. In fact, the most time you’ll spend is waiting for the system to install Firmware.

If you haven’t run off, let’s get started.

The first thing you’ll need to do is pick out a hard drive. You’ll want to get a 9.5 or 7mm-thick, 2.5-inch drive (many people have found the 12mm ones are a bit of a tight squeeze). What size you want? Well, how many games do you plan on downloading? 1TB or 2TB worth.

If you don’t know where to start looking (or don’t want to spend the time shopping around), here are a few drives that come highly recommended from the DIY community.

Out of these drives, I would recommend the Seagate Backup Plus Slim. Yes, it’s an external hard drive, but you can easily pry the drive out of the plastic enclosure (it’s held together by glue), unwrap the foil and disconnect the USB connector from the main hard drive (it should easily pull right out). It’s a small price to pay to save some extra money. Also, you’ll be able to re-use the enclosure for your old PS4’s hard drive.

Before you take apart your PS4, backup everything to the cloud (if you have a PS Plus membership) and/or a USB flash drive. It never hurts to back everything up twice.

To do that, from the home screen go to Settings > Application Saved Data Management > Saved Data in System Storage

From here, you can insert a USB stick into one of the front two ports and select to copy your saved game data to a USB device. PS Plus members can also select to upload their data to online storage (aka the cloud). 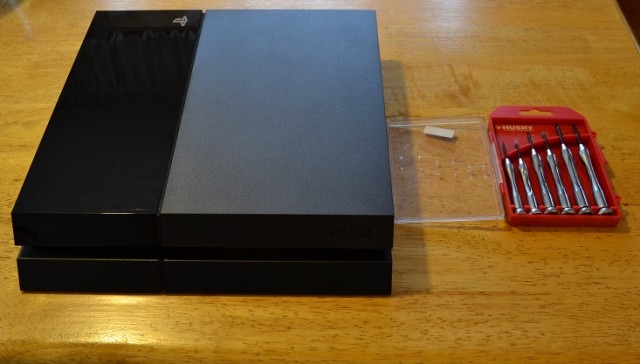 Make sure the PS4 is turned off before you open it up. It’s best to unplug the device as well to ensure you don’t accidentally turn it on while swapping out the hard drive (that power button is sensitive).