How Twitter Would Change to Get Smarter and More Popular 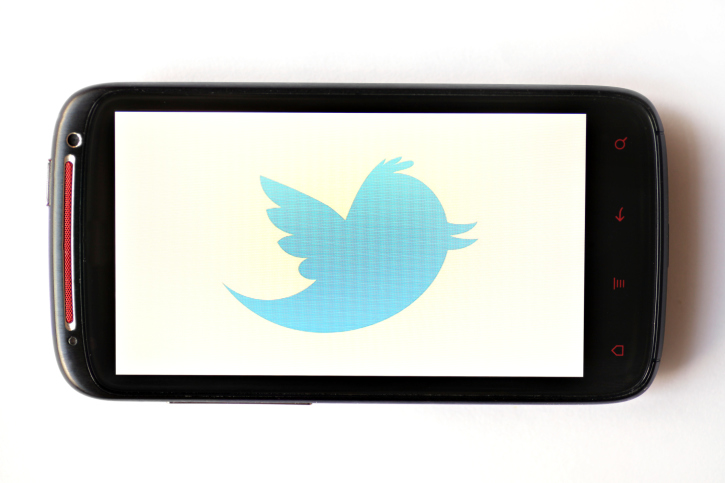 Twitter (NYSE:TWTR) has found itself at an interesting crossroads: the intersection between its past as a social network and its almost inevitable future as a media company in an age when news breaks on Twitter and draws visitors from every corner of the Internet. But how Twitter will get to the next stage depends on the changes it makes to its platform — changes that hinge on whether Twitter continues to focus on converting visitors into users or embraces unique visitors as an important metric and measure of its success as a content service.

But let’s back up to one of the biggest rumored changes that Twitter could be considering making to its platform. As investors reacted positively to the news that Twitter’s quarterly revenue was up 124 percent year-over-year, power users were more interested in a comment that CEO Dick Costolo made during the company’s conference call with investors. AdWeek reports that when Costolo was asked whether Twitter would ever switch from displaying all of the tweets from all of the accounts a user follows to a feed filtered by an algorithm, like Facebook’s (NASDAQ:FB), he said that Twitter wasn’t ruling out any changes.

So what does that mean? Implementing an algorithmic feed would show users a selection of the tweets by the people they follow instead of showing all of them, in reverse chronological order, as Twitter currently does. That would represent a big change for brands that use Twitter, since right now, those companies’ tweets show up on all of their followers’ timelines.

Those users number among Twitter’s 271 million monthly users who are logged in to active accounts. But on the company’s conference call with investors, Costolo made a point of reporting how the platform’s reach is even wider than what’s measured by those official numbers. As Forbes reports, Costolo said that Twitter’s monthly active users represent only one segment of Twitter’s audience, since not everyone who sees Twitter content is logged in.

Twitter has what you could call a secondary audience of logged-out visitors who see Twitter profile pages, as well as a tertiary audience of people who see tweets elsewhere, such as when they’re embedded on third-party websites or included in a news broadcast, for example. Costolo also said that counting those secondary and tertiary audiences would yield a number double or triple the official count of monthly active users.

Costolo told investors: “Twitter is everywhere. It’s all over TV. Those users come to Twitter looking for the content they’re told is happening and unfolding on Twitter right now, and obviously, from the numbers we’re seeing, lots of them decide not to log in.”

While some dismiss the statement as a CEO’s move to introduce new metrics when the old ones don’t make the company look quite as good as he’d like, Costolo’s mention of logged-out users and viewers on third-party sites actually reveals a new focus that appeared elsewhere during the earnings call, as well.

Twitter executives repeatedly referenced the company’s new aspiration to become “the largest information network in the world,” a phrase they used throughout the earnings call. That hinted that the strategy to making Twitter a bigger, better platform hinges on building a hybrid of a social networking platform and a media company.

It’s a change that isn’t particularly surprising, as Twitter has increasingly become a platform where international, political, and cultural news breaks in real time, and that timeliness and relevance drives users’ engagement with each other’s content. Their focus on Twitter’s potential as a media company also makes Costolo’s comments on secondary and tertiary audiences make more sense, since media companies are generally focused on unique visitors as a metric, versus the monthly active viewers that social networks and other services pay attention to.

So if Twitter is willing to shift, in some ways, to becoming a media company, what else is Twitter willing to change to build a bigger audience? Likely anything that will make Twitter easier to use for potential new users who don’t yet have a Twitter account. The company has already made its platform more media-centric, redesigning it to accommodate videos, photos, and GIFs.

But beyond that, the company will look to make its platform easier to understand for people who know what Twitter is but perhaps haven’t yet seen how a profile page actually looks or become familiar with the platform’s language of retweets, replies, favorites, and trends.

And while Costolo’s comments are no guarantee that Twitter is planning or even considering an algorithmic feed, a less cluttered feed that could show users the most relevant content would be more beginner friendly than the current, all-inclusive chronology, which can get overwhelming quickly, even to users who have been on Twitter for a while.

However, Twitter doesn’t want to alienate current users — the ones who presumably like how the current platform and its reverse-chronological feed work — because they’re the ones responsible for the company’s impressive growth in advertising revenue. Logged-out visitors and users who see tweets on third-party sites aren’t users that Twitter shows ads to, so they aren’t users that Twitter stands to profit by attracting just yet.

And existing users are the ones who create all of Twitter’s content: content that not only drives engagement by other current users but also attracts visitors and gives opportunity for tweets to be referenced and embedded on third-party sites. If Twitter jumps into any changes that cause existing users to leave or cut down on their Twitter use, the move could impact the value of the site for everyone: potential users, new users, and users who’ve been on Twitter for years.

Twitter is still behind the targets that Costolo has set in the past for user growth, and it’s hard to deny that the platform should consider how to make its service more intuitive for users who haven’t been on Twitter since its inception.

But it may be equally important to embrace the fact that if Twitter wants to be a social network and a media company, its unique visitors and active users are both important user bases to cultivate. And while logged-out visitors aren’t shown ads yet, they could be if Twitter embraces the fact that not everyone who views Twitter content, even on its website, wants a Twitter account.

And maybe the effort to make Twitter more intuitive for potential users and non-users doesn’t need to affect how the site works for users with a Twitter account. Those users likely just want Twitter’s platform to get smarter, something that Twitter is looking to accomplish through the addition of new functionality like the image-related features it recently added. Twitter now enables users to tag others in photos, to include multiple photos in a tweet, and to use animated GIFs.

Twitter also recently acquired image search startup Madbits, a company whose founders have built image recognition technology powered by artificial intelligence. The technology is based on deep learning, a form of artificial intelligence that enables machines to analyze large amounts of data to teach themselves how to complete a task. Madbits’s technology analyzes images to extract information on their content.

Twitter could use the technology to enable users to more easily find images that others have posted, and, conversely, could use the information that the technology extracts from a user’s images to improve the Twitter experience for that particular user, or at least to more accurately target advertising.

Twitter will ultimately need to focus on building a better product in order to gain most users — both unique visitors and active users — and will need to move beyond the idea of getting every visitor to become a user if it aims to succeed in part as a media company.

The company will need to make its platform easier to understand for people who weren’t early adopters and find ways to make the product valuable both for those who want to log in and those who don’t. Both of those ideas represent a shift in strategy, but could see Twitter growing up into a smart, ubiquitous platform with a unique place at the intersection of social network and media company.