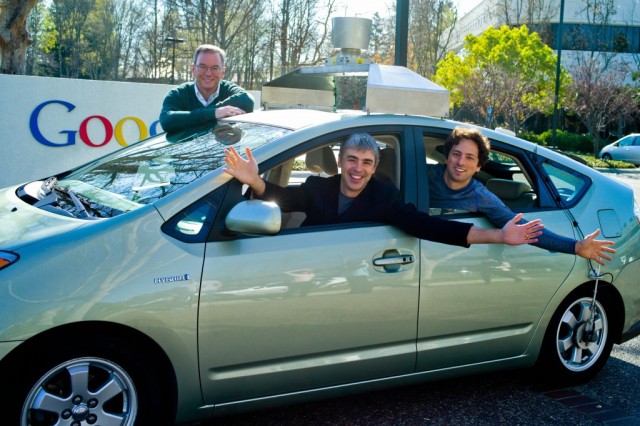 As advancing technology brings self-driving cars closer and closer to reality, car manufacturers and interested consumers have more and more questions about the changes that autonomous cars will bring. How will they navigate? How often will they hand over control to their owners? Who will be responsible in the event that something goes wrong or an accident occurs? And what will it take for people to trust self-driving cars?

Though they can’t answer all of those questions, maps will play a key role in bringing driverless cars to the road and convincing people to give them a chance. Autonomous cars will need high-definition maps to navigate, and people will need them to trust these cars. Peter Skillman, lead designer for Nokia HERE, the maps division the Finnish communications company, told Wired that self-driving cars will require maps that are different — in several very important ways — from the maps that we use today for turn-by-turn directions.

These maps will need to be high definition. Though meter-resolution maps are adequate for GPS-based navigation, self-driving cars will need maps to tell them where the curb is within “a few centimeters,” according to Wired. These maps will need to be live, updated “second by second” with information about accidents, traffic backups, and lane closures. And they’ll need to account for human psychology, and help self-driving cars win the trust of passengers. “The key to making autonomous driving work is to not forget about the driver,” Skillman said to Wired.

Wired reports that estimates of when autonomous cars will be ready for the road vary, from Sergey Brin’s optimistic forecast of 2018 to more conservative estimates of the 2020s. The Institute of Electrical and Electronics Engineers has even estimated when a majority of cars on the road will be driverless, projecting that up to 75% of vehicles will be autonomous by 2040.

While the timing is uncertain, cars are already edging in the direction of autonomy, with adaptive cruise control, blind spot monitoring, and assisted parallel parking available on current models. At issue with the prospect of cars being able to navigate without the input of humans are legal questions of liability, technological questions of the sensors necessary, and also the psychological question of how self-driving cars will gain their passengers’ trust. Maps play a crucial part in all of this.

Ogi Redzic, senior vice president of connected driving at Nokia HERE, told Ars Technica that maps for automated driving are much more precise than the maps needed for navigation today. “They are much more precise as you need to keep vehicles within lanes and you need things like slope, curvature, height, bank of the road,” he said. “You also need to keep these maps fresh, meaning as soon as one vehicle notices a change on the road our cloud infrastructure needs to process it and make it available to other cars.” According to Redzic, HERE plans to have “key roads” mapped to the precision necessary for automated driving by 2018 to 2020.

To convince drivers that they should use and trust self-driving cars, manufacturers will need to use the same maps that power the cars’ navigation systems to make passengers more comfortable handing over control. A race to build the better, smarter maps that will make this possible is currently underway, and the maps are constructed using several different mechanisms of gathering information.

As most digital maps do, HERE’s HD maps take satellite and aerial imagery as their starting point. They also incorporate anonymized “probe data” from GPS devices inside fleet vehicles that are owned by trucking companies and other partners. Wired reports that the data HERE collects averages a rate of 100 billion data points per month and contains valuable information about the direction and speed of traffic on roads and highways. Even more detailed information comes from hundreds of cars that are outfitted with GPS, cameras, and lidar — a laser-based method of measuring distance.

When the car is in motion, the lidar system, housed in a small cylinder, spins, emitting 32 laser beams and analyzing the light that bounces back. HERE’s head of “reality capture,” John Ristevski, told Wired in an interview that the system collects 700,000 points per second, and an inertial sensor tracks the pitch, roll, and yaw of the car so that the data can be corrected for the position of the car and used to make a three-dimensional model of road.

The lidar system’s range extends 10 to 15 stories above street level, and at street level, its resolution is just a few centimeters. HERE uses computer vision algorithms (and manual labor) to extract information from lane markers and street signs in the lidar imagery.

Ristevski told Wired that high-definition maps will tell a self-driving car what to expect along its route. “If you just have a bunch of sensors on the car that detect things in real time and no a priori information about what exists, the problem becomes a lot harder. The maps are essential.”

HERE has driven 1.2 million miles in 30 countries on six continents in the past 15 months, while Google, HERE’s main competitor in the race to build new maps for self-driving cars, has logged about 2,000 miles around its Mountain View, California, headquarters. (For comparison, as Wired reports, the U.S.’s road network covers 4 million miles.)

A significant challenge for mapmakers will be how to detect things like changes in road conditions, accidents, and lane closures, as well as update their maps in as close to real time as they can. Sensors on future self-driving cars could send information via cellular data networks to HERE’s maps in the cloud, but it’s possible that wouldn’t be fast enough to avoid an accident.

Skillman says it could take several seconds for a car in San Francisco, for example, to send information to a data center in North Carolina and get a response. Reducing response times to tens of milliseconds, which Skillman says is fast enough for a car to switch lanes to avoid debris spotted by a car ahead of it, will require apps that “live” inside the LTE networks and are accessed locally.

Wired points out that ultimately, a car that can swerve to avoid debris in the road is both a marvel of technology and a scary vehicle to ride in if it doesn’t inform passengers of what’s happening. Skillman thinks that maps can serve as mediators between humans and what many view as a frightening — or at least disconcerting — new technology.

A recent survey commissioned by Seapine Software and conducted by Harris Interactive found that 88% of U.S. adults would be worried about riding in a driverless car (PDF). More than three-fourths of the respondents worried that the technology would fail; more than half worried about liability issues; more than a third worried that automakers, insurers, and advertisers could collect personal data; and only 12% said they would not be worried about riding in a self-driving car.

Sean Brennan, an associate professor of mechanical engineering at Penn State University, said in a university press release that drivers demonstrate that they are “already quite willing to give up their driving tasks, as long as it is to someone that they implicitly trust,” as evidenced by the number of times that people hail taxis (or summon an Uber or Lyft ride), hire a chauffeur, or give their keys to a friend on a long road trip. Brennan says that the psychological hurdles associated with driverless cars are more about ownership and responsibility.

“We don’t have a culture, outside of multi-millionaires, where we hire or trust strangers to drive vehicles we own ourselves. Many of these hurdles are related to trust and assumption of reliability,” Brennan said. “But given that the richest people in the country are happiest letting others regularly assume their driving burdens, there’s no reason to believe that the general public wouldn’t be similarly interested,” particularly if self-driving cars are equipped with features that make them feel less scary to passengers.

Nokia HERE’s Skillman told Wired that the key to getting people to trust autonomous cars is to have the experience match their expectations. A car could signal ahead of time when it’s about to change lanes in order to avoid debris, or use the onboard navigation system to point out pedestrians at the side of the road, thereby alerting passengers of the possibility of a sudden move to avoid them.

Cars could also show users where they are and where they’re going; Skillman said to Wired that “We need to develop a whole new visual language so you know what the car’s intentions are.” Building highly accurate map data will be a necessary step to enable the evolution of autonomous cars to move forward, both so that they can safely  navigate and so that humans can feel safe letting them do so.