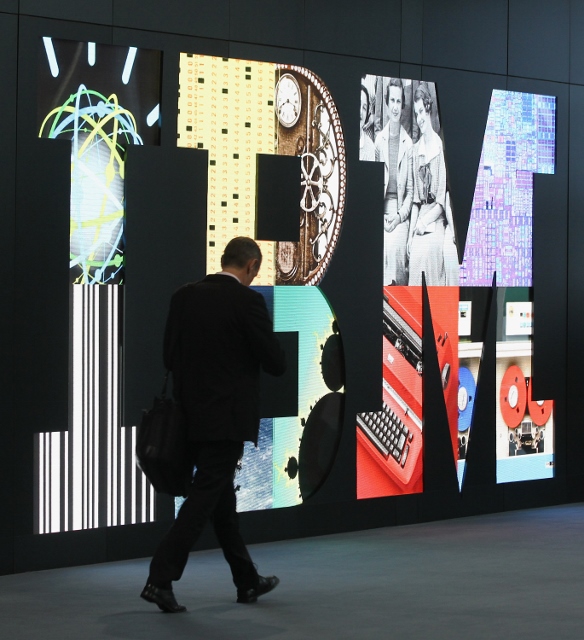 IBM (NYSE:IBM) wants to look into new ways to structure computers, reports Network World. The firm that invented numerous technological hallmarks of computing, like the hard drive and the floppy disk, wants to break the mold it helped create. The company will invest $3 billion into researching new, smaller chips that are not based on silicon.

The silicon microchip is currently vital to the computer, the wired cornerstone of PCs and Macs alike. They are not only the basis of computers but also smartphones, tablets, and other computerized devices. IBM wants to restructure and rebuild computers using new systems. This shift is why the company is why the company is dedicating so much of its research and development budget to this new project.

IBM is making no secret of its intention to develop this new technology. The front of its American website includes a headline ”The End of Silicon?” The company’s statement goes into depth about how the company is looking into a wide variety of materials, including carbon nanotubes as possible replacement for the silicon used now.

IBM is also looking into quantum computing, a computing system based on quantum bits, also called qubits, which hold values of 0 and 1, a shift from the current binary system of a bit holding either a 0 or 1. Right now this technology is fairly new, but IBM’s research into this area may help advance the field.

IBM said it sees the technology as a potential source of new answers in computing in its statement online:

“And while still a ‘fundamental science’ today, when this technology matures, it will solve problems that are today either impossible or impractical to apply conventional machines to. The team recently demonstrated the first experimental realization of parity check with three superconducting qubits, an essential building block for one type of quantum computer.”

IBM’s desire to develop new technology has two likely entwined reasons behind it. First, the company sees this as a way to keep up with Moore’s Law, which it mentioned later in its statement. Moore’s Law is the technological theory that a memory and other capabilities of a chip can be doubled every 18 months. Moore’s law is named for Gordon E. Moore, a co-founder of Intel. So far this theory has been correct, but some theorize that using current silicon chips, it would become defunct within a decade.

Either way, an age of non-silicon computer chips may be the future.