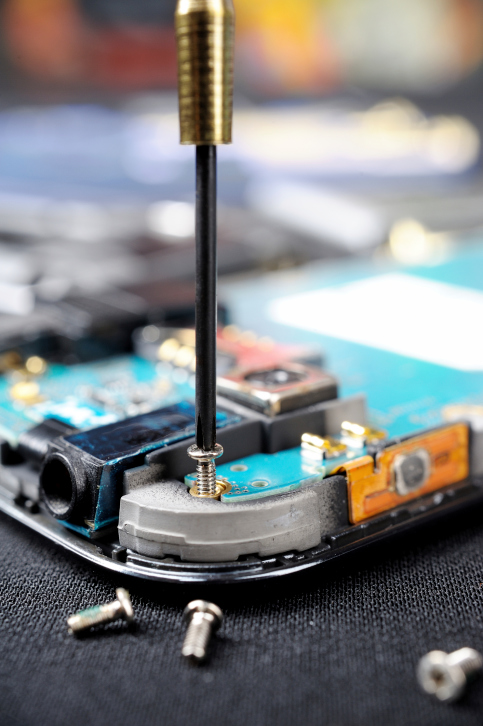 The first shall become the last and the last shall become the first. Ironically, Mighty Intel (NASDAQ:INTC) has remained largely shut out of the booming mobile industry. Intel emerged as a globally recognized brand alongside the personal computer revolution. The company is also notable for its ubiquitous and aggressive Intel Inside advertising campaign.

Alternatively, British company ARM Holdings (NASDAQ:ARMH) may be defined as the antithesis of Intel. The ARM brand is barely recognized outside of technical circles. In any event, a strong argument may be made that ARM technologies launched the latest mobile revolution. The secular shift out of desktop toward mobile computing has largely arrived at Intel’s expense.

Intel is a vertically integrated company that designs, manufactures, and markets its own chip technology. Intel heavily promotes its manufacturing prowess that has now raced ahead to complete an “industry leading” 14nm process. As such, the Intel business model is highly capital intensive. For this reason, Intel performs best within personal computer and server markets that demand raw processing power. It would be more so ideal to sell off high-margin product in order to best leverage several billions of dollars in annual capital spending to turn profits. Last year, Intel directed $10.6 billion, or 20.1 percent of its $52.7 billion in 2013 net revenue toward research and development. The investments, however, have yet to pay off in terms of real growth at the bottom line.

To date, the ARM business model has emerged as perfectly complimentary to a mobile chip market that covets power efficiency and cooler temperatures above all else. ARM does not manufacture chips. Rather, ARM specializes in research and development. From there, ARM collects royalties upon the licensing of its patent technologies. Qualcomm (NASDAQ:QCOM) Snapdragon and Apple A-Series chips are based upon ARM technologies. From there, Samsung (SSNFL.PK) and Taiwan Semiconductor (NYSE:TSM) are the leading contract manufacturers for these designs. Popular Samsung Galaxy, Apple iPhone, and Apple iPad machines are powered by ARM-based technologies. The ARM Company Overview now makes the claim that its architecture has been installed within more than 95 percent of mobile handsets.

Meanwhile, Intel has been left to promote a mere six separate smartphones on its website, which include the Motorola RAZR I, Safaricom Yolo, and Etisalat E-20. Interestingly, even Nokia (NYSE:NOK) has snubbed Intel in favor of ARM-based technologies. A Qualcomm Snapdragon S800 processor powers the Nokia Lumia 1520. Earlier this year, technology magazine Pocket Lint identified the Nokia Lumia 1520 as the best Windows 8 device on the market. Be further advised that premium phones out of BlackBerry (NASDAQ:BBRY) also feature ARM-based Snapdragon microprocessors.

The triangulation of financial statements alongside research reports out of ComScore (NASDAQ:SCOR) and International Data Corporation will confirm that Intel has remained largely shut out of the mobile market. On June 4, 2014, research firm comScore published its April 2014 U.S. Smartphone Subscriber Market Share report. Be advised that the title of the report was somewhat misleading, as the comScore information actually presented averages of data compiled from the February 2014 to April 2014 quarter. At best, Intel would have claimed a meager 3.3 percent share of the U.S. smartphone market through its long-running Windows partnership. Recent estimates out of International Data Corporation may also indicate that Windows is all but irrelevant in the tablet market.

Intel has been desperate for growth while grappling with a PC market in secular decline. As such, prospective investors should consider avoiding buying into Intel shares. At best, Intel will track the S&P 500 Index as a beta stock, while financial managers simply return larger sums of capital back to investors through share buybacks and dividend payments.