Intel Has This Competitor for Apple’s Siri 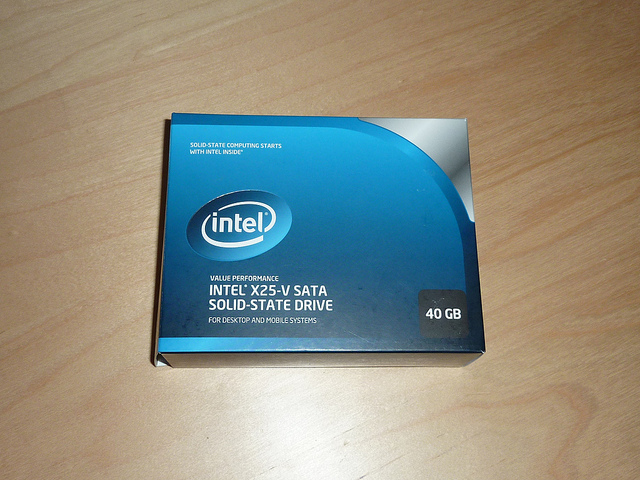 Voice recognition software has a vast array of potential uses ahead of it; it is one of the technological advancements that could allow for a future world where a lonely, introverted man falls in love with an operating system with artificial intelligence as in Spike Jonze’s Her. More immediately, and less fantastical, is the future that International Business Machine’s (NYSE:IBM) Watson supercomputer has the potential to create.

Relying on its voice recognition software among other pieces of technology, the artificially intelligent computer system has ability to learn, and that capability along with its analytical powers, IBM hopes will revolutionize medical diagnostics and financial investing. But voice recognition software already has the potential to revolutionize how individuals interact with technology on a daily basis; Apple’s (NASDAQ:AAPL) Siri and Google’s (NASDAQ:GOOG) Voice Search can find directions, set important reminders, or call a taxi after a night out. For now, Apple and Google are racing for domination in voice control, although there may be soon a new competitor: Intel.

The problem with voice recognition software is speed. This is not the fault of the software itself, as voice recognition is now more accurate than ever. Rather, difficulties arise when the software sends the compressed recording of the user’s voice to servers hundreds or thousands of miles away, where powerful computers translate the sound into text or a command. The round trip between the user’s device and the servers, which take quite some time on slow cellular connections, can result in a minutes-long wait while Siri or Google Now “think.”

However, as technology companies are constantly looking to gain ground on their peers a solution has already been developed. During an exclusive interview with Quartz’s Christopher Mims, Mike Bell, Intel’s (NASDAQ:INTC) head of wearables, explained how the company plans to avoid the cloud and speed up voice processing. According to Bell, a partnership made with an unnamed company has allowed Intel to put that company’s voice recognition software on Intel mobile processors. Those processors are power enough to compute the voice commands, but small enough to fit in a wearable device, meaning no round trip to the cloud is needed. He described a device known as “Jarvis,” which is a prototype wireless headset that rests in the user’s ears and connects to a smartphone. There may be no link, but the voice recognition and artificial software used by Tony Stark in the Iron Man franchise is named Jarvis.

Mims speculated that the unnamed third party is most likely Nuance (NASDAQ:NUAN), the company that powers Apple’s Siri and offers software to any consumer electronics manufacturer that wishes to buy a license.

While it is true that Google-powered devices have had offline voice recognition since Android 4.1, the technology remains in an experimental phase and is not available to non-Google app developers. Plus, as the head of Google’s Conversation Search group, Scott Huffman, told Mims, processing voice commands offline is far less accurate than sending the voice recording to the cloud.

Intel’s device is more responsive the its cloud-based rivals, according to Mims. It also allows for what Intel’s Bell called “graceful degradation,” meaning the device works even if the smartphone to which it is linked is not online. “How annoying is it when you’re in Yosemite and your personal assistant doesn’t work because you can’t get a wireless connection?” says Bell. “It’s fine if [voice recognition systems] can’t make a dinner reservation because the phone can’t get to the cloud,” he adds. “But why can’t it get me Google Maps on the phone or turn off the volume?”

As Intel increases its efforts to develop chips for mobile devices rather than personal computers, the company take advantage of its expertise in making powerful microchips for servers and PCs. With that expertise, Intel could make some of the most powerful mobile chips in the world.

Bell told Mims that Intel wants to sell its voice recognition technology to unspecified mobile phone manufacturers, and eventually the company’s innovation could be the “go-to” recognition technology for smartphones, surpassing Apple and Google’s current offerings. Plus, this technological step forward could be a foundational innovation for the transformation of computers into the personal assistants of the future.