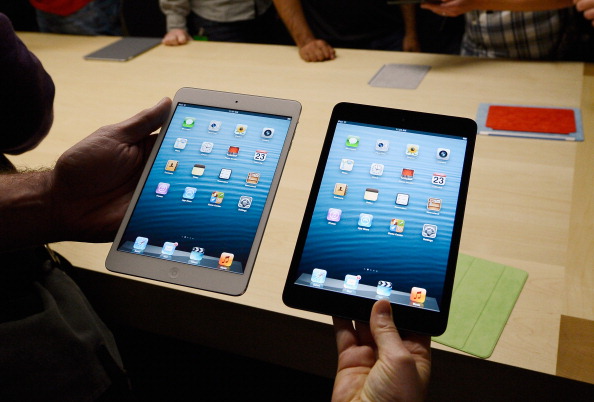 Developer Steven Troughton-Smith tweeted that he discovered code that brings split-screen capability to Apple’s (NASDAQ:AAPL) iOS 8, allowing two apps to run side-by-side. Currently, iPhone and iPad users can only use one app at a time, in the full-screen view — not an ideal setup for multitasking.

The discovery follows Microsoft’s (NASDAQ:MSFT) introduction of a “snap” multitasking feature on its Surface tablets, which now enable users to display and use multiple apps simultaneously. As 9to5mac maintains, it’s the Surface’s multitasking ability that makes the tablet a viable candidate as a laptop replacement, though neither Microsoft nor Apple has yet convinced consumers that tablets can really replace laptops. The iPad has yet to display the same level of work-oriented functionality that’s enabled Microsoft to market the Surface as a tool for productivity. Microsoft has capitalized on that shortcoming, even running an ad comparing the multitasking ability of the Surface to that of Apple’s iPad.

If iOS 8 does bring split-screen capability to the iPad, where CNET reports it’s likely to be more useful than on the four-inch screen of the iPhone, it could open the iPad to easier work and business use, in addition to its usual uses for casual browsing of social media or the web. By turning the iPad to switch to landscape mode, users could maximize the screen size to run one app on the right side of the screen and another on the left.

Further, 9to5mac reported that Apple’s split-screen feature may enable apps to interact with each other and allow users to drag images or text from one app to another. Apple could be waiting to introduce a split-screen feature until it unveils a new iPad model, possibly a model geared more towards business users.

But as CNET points out, the potential split-screen capability of iOS 8 could also come into play if Apple is planning on introducing iPhones that feature larger displays than the current iPhone 5 and 5S, where the small screen size limits the practicality of splitting the display by halves or quarters. It’s been rumored that Apple intends to release a larger iPhone, which could lend itself more easily to dividing screen space between apps. Both Samsung (SSNLF.PK) and LG have introduced split-screen capability to Android smartphones, so Apple may be looking to catch up not only with Microsoft, but with Android makers as well, by taking the functionality to a new iPhone.

Apple didn’t announce the split-screen feature at its Worldwide Developers Conference, and may have decided that the feature isn’t ready to be launched. Troughton-Smith found the code in the software development version of the operating system, so there’s no guarantee that the capability will deploy with the first version of iOS 8 in the fall. As TechCrunch speculates, split-screen functionality could alternatively be included in an 8.1 update.

However, the strategy around introducing a split-screen feature hinges on hardware. Since Apple hasn’t said anything yet about new hardware launches, the potential inclusion of split-screen capability in iOS 8 remains speculation until the company announces something definitive.