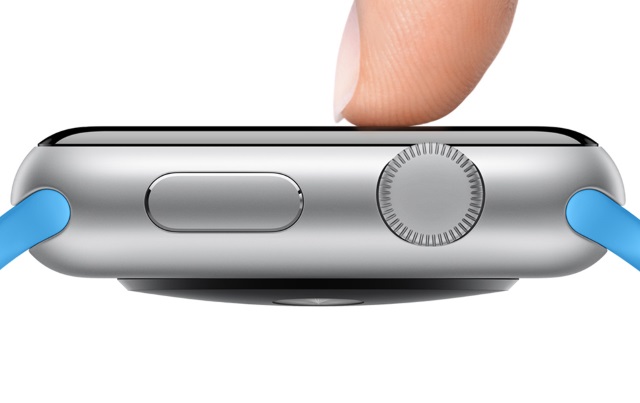 Every new version of iOS and each new generation of iPhones brings changes, and with them, rumors and reports over what Apple is planning to announce. Speculation is mounting over whether Apple will bring one of the most exciting features of the Apple Watch to its other products. And recent reports on how Apple is redesigning parts of iOS and of its own apps are making it look more and more likely that we can expect to see Force Touch on the iPhone 6s that Apple will unveil this fall.

Mark Gurman reported recently for 9to5Mac that the next-generation iPhone will look like the iPhone 6, but will include a Force Touch display with haptic feedback as one of its “marquee” features. Apple has reportedly designed iOS 9 to be Force Touch-ready, and will enable developers to integrate the feature into the apps they upload to the App Store. Force Touch will be used to free up some control space across the iPhone’s interface, and could replace some interactions that have traditionally required users to hold and press a button.

Gurman, and others speculating on when Apple will announce changes expected with iOS 9 and with the new hardware to be introduced this fall, thinks that because Force Touch is tied into new and unannounced hardware, it’s unlikely that iOS 9 support will be announced at Apple’s Worldwide Developer’s Conference. That announcement is more likely to come with the launch of the iPhone 6s.

One of Gurman’s sources thinks that Force Touch on the iPhone 6s will be “power user-centric,” as the feature won’t be essential to using the iPhone. That contrasts with its necessity within specific Apple Watch apps, but makes sense given the fact that there’s much more screen real estate on the iPhone than on the Apple Watch, which is uniquely challenging thanks to its small size. It’s also possible that future versions of the iPad will feature Force Touch displays, and Gurman notes that, like the MacBook trackpad, the Force Touch display in the new iPhone is expected to provide real-time haptic feedback, which could open further interesting interface possibilities. Pressure sensitivity could improve a wide variety of apps, and could lead to more streamlined interfaces, where buttons and menus recede to the background.

Jacob Kastrenakes reports for The Verge that while Force Touch will enable some smart new interactions on the next generation of iPhones, like pressing harder on a fast-forward button to move through a video faster, it also leads to some confusion. Users don’t always know where Force Touch works, or what it will do.

But adding Force Touch to the iPhone could enable Apple to remove some buttons from apps, and hide them in Force Touch menus. Take, for example, Gurman’s example of using Force Touch to find the definition of a word; currently, you have to highlight the word and tap the “define” button. A growing number of rumors and reports suggest that Force Touch will be one of the next iPhone’s major features.

Force Touch is different from the existing tap-and-hold gesture that’s available in iOS 8, as Mark Sullivan reports for VentureBeat. You can currently tap and hold on any app icon to delete an app or move their icons around on the home screen. In the Maps app, you can press and hold to drop a pin. Force Touch would replace some of those functions, and add new ones, making tasks easier to accomplish. And the developers with whom Apple is reportedly already working to develop Force Touch-ready apps are likely to find the best use cases for the exciting new feature.