Is Apple Jumping on the Bitcoin Bandwagon? 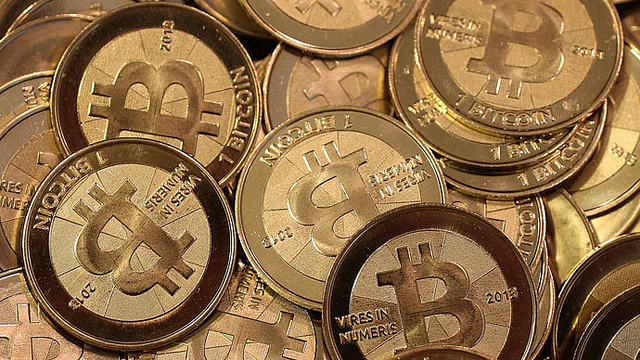 Apple (NASDAQ:AAPL) appears to be extending a low-key olive branch to developers who make bitcoin-related apps. Amid the high-profile iOS 8 and OS X software announcements at the company’s recent Worldwide Developers Conference in San Francisco, Apple quietly issued a revised set of App Store Review Guidelines that for the first time included a guideline for apps that use virtual currencies. Under the “Purchasing and currencies” section of its guidelines, Apple stated that, “Apps may facilitate transmission of approved virtual currencies provided that they do so in compliance with all state and federal laws for the territories in which the app functions.” The new guideline seems to suggest that Apple will take a new hands-off approach to bitcoin-related apps in countries that permit the currency.

Although Apple has never explicitly banned bitcoin-related apps, the iPhone maker has long been accused of having an unspoken anti-bitcoin policy after removing several bitcoin-related apps from the App Store over the past year. Apple’s tendency to remove bitcoin-related apps and the uncertainty created by not having a clear policy on virtual currencies has made it harder for developers to create apps that would accept bitcoins on the iOS platform.

However, it appears that Apple’s recently revised App Store Review Guidelines are a signal that the Cupertino-based company is warming up to the digital currency. According to digital currency news site CoinDesk via Apple Insider, Apple recently approved the bitcoin wallet app Coinpocket. As noted by CoinDesk, the Coinpocket app essentially performs the same functions as the previously available bitcoin app Blockchain.

Apple sparked a backlash from bitcoin supporters when it pulled Blockchain — an iOS app that allowed users to transmit and receive bitcoins — from its App Store earlier this year, reports Bloomberg. According to Blockchain.info CEO Nicolas Cary, Apple said the removal was due to “an unresolved issue,” despite the app being in the App Store for at least two years prior to being removed. Bitcoin trading platform Coinbase similarly had its iOS app pulled from the App Store last November, reports TechCrunch.

While it was never clear why Apple was previously removing bitcoin-related apps from the App Store, it may have been due to the digital currency’s somewhat hazy legal status in many countries. According to The Guardian, Apple has previously referred bitcoin app developers whose apps were banned to an App Store guideline that stated, “Apps must comply with all legal requirements in any location where they are made available to users. It is the developer’s obligation to understand and conform to all local laws.” Although Bitcoins are legal in the U.S., other countries — such as Thailand — have outright banned the buying and selling of bitcoins.

It is also possible that Apple was concerned about the currency’s reputation for volatility and vulnerability to digital theft. Those concerns were recently highlighted after the collapse of Bitcoin exchange Mt.Gox following its loss of hundreds of thousands of Bitcoins in a hacking attack, reports Reuters. However, it appears that bitcoin-related apps are once again welcome in the App Store, as long as they are being used in bitcoin-friendly countries.