Is Apple Lagging Samsung in the Graphene Technology Race? 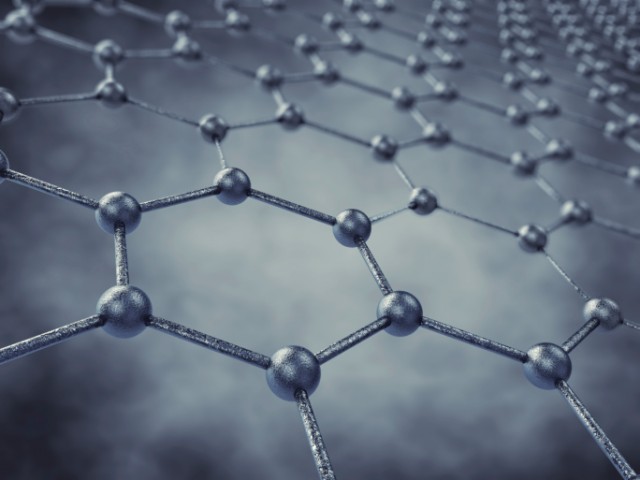 Is Apple (NASDAQ:AAPL) falling behind in the race to develop a material that could be the next big innovation in touchscreen technology? Apple turned the mobile phone industry upside down when it unveiled the first touchscreen iPhone in 2007. Although the ability to interact with a smartphone by simply touching the screen with your finger is a standard feature on devices today, it was considered a major innovation when it was popularized by Apple’s iPhone. Now many industry watchers believe that the next big innovation in touchscreen technology will come from graphene — a highly conductive transparent material that could enable future touchscreens to be flexible, as well as stronger and thinner.

The touch capability of screens today is made possible by a thin coating of a transparent material called indium tin oxide, or ITO. However, as noted by GigaOm, this crucial touchscreen material is in short supply and may even run out sometime in the next decade. The dwindling supply of indium has also driven up its price. According to U.S. government data, the price of indium went up by 25 percent between 2010 and 2011. The increasing scarcity of indium and the technological advantages offered by graphene have led many companies to explore the development of this material.

However, according to U.S. Patent and Trademark Office data compiled by Bloomberg, Samsung (SSNLF.PK) may be ahead of Apple in the race to develop graphene-related technologies. The Korea-based company currently holds thirty-eight patents on inventions related to graphene, as well as seventeen patent applications. On the other hand, Apple appears to only have two graphene-related patents.

As noted by Bloomberg, graphene could become a key material for mobile device makers as wearable tech screens become smaller and possibly even flexible. “We will someday see an era where mobile devices will truly become flexible, easily folded and unfolded, and that’s when we will need graphene,” Daishin Securities Co. analyst Claire Kim told Bloomberg. Although the Cupertino-based company apparently doesn’t hold many graphene-related patents, Apple has previously showed interest in devices with flexible screens including a recently granted patent for an iPhone with a wraparound display.

With the thickness of a single atom, graphene is almost inconceivably thin. However, the material is also incredibly strong and conductive, making it the ideal material for touchscreens of the future. According to Bloomberg, Hong Byung Hee, a researcher at Korea’s Seoul National University, holds a patent on a cost-efficient method for manufacturing large graphene touchscreen panels that could prove crucial to device makers like Samsung and Apple in the coming years.

Not surprisingly for a company with a well-deserved reputation for secrecy, Apple declined to comment on its interest in graphene. However, Samsung emailed a statement to Bloomberg that suggested that the company was deeply interested in the possibilities offered by graphene. “It is more durable than steel and has high heat conductibility as well as flexibility, which makes it the perfect material for use in flexible displays, wearables and other next generation electronic devices,” wrote Samsung via Bloomberg.