Is Apple Making a Waterproof iPhone? 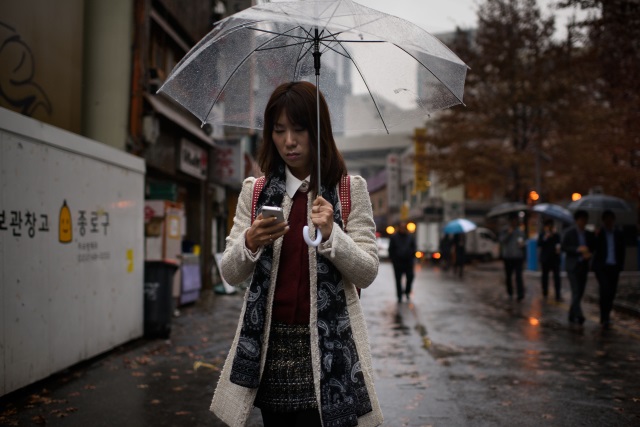 There are many different areas of mobile technology in which it could be argued that Apple has become the standard bearer for the rest of the industry. From the intuitive user interface of its iOS software, to the sleek minimalist design of its hardware, there is plenty to admire about Apple’s iPhone, iPod, and iPad models. On the other hand, even the most diehard Apple fans would probably not attempt to argue that the company is leading the industry when it comes to improving mobile devices’ resistance to water. While rivals like Sony and Samsung currently offer several devices with various built-in levels of water resistance, iPhone owners must purchase waterproof cases from third-party manufacturers if they want to protect their devices from water damage. However, a recently published patent uncovered by Apple Insider reveals that Apple is exploring a waterproofing method that could be used on its future mobile devices.

In a patent titled, “Methods for Shielding Electronic Components from Moisture,” Apple describes a method for protecting the internal components of a mobile device through the application of a special hydrophobic coating. The water-repelling coating is deposited onto a fully assembled circuit board via a plasma assisted chemical vapor deposition (PACVD) process. According to Apple, this hydrophobic coating can be as little as one micron thick.

Additionally, Apple outlines a method for perforating portions of the electromagnetic interference (EMI) shields that cover some internal components in order to allow the hydrophobic coating to penetrate. While the perforations in the EMI shielding would be large enough to allow the hydrophobic coating to reach the internal components, the openings would still be small enough to prevent EMI from entering or escaping.

Another embodiment describes a method for waterproofing the soldered connections between circuit boards. As noted by Apple, portions of the solder leads often remain exposed even after a connector fitting is attached and this exposed portion is especially susceptible to water damage. Apple proposes covering these vulnerable solder leads with an additional silicone seal.

Apple’s method for protecting its devices from water damage appears to be similar to the approach used by Liquipel, a company that describes its method as an “alternative to a waterproof phone or tablet case.” As stated on the company’s website, “Liquipel is a nano coating that surrounds all the tiny electrical parts in and around your device.”

The hydrophobic coating method might allow Apple to waterproof its iPhone without having to substantially alter the device’s external design, an important consideration for a company that makes products that are acclaimed for their designs. This approach is also quite different from the waterproofing method used by Samsung and Sony, which relies on preventing water from reaching the internal components through the use of input covers and rubber gasket seals. Sony even warns users on its website to make sure that all the Xperia Z3’s ports and covers are firmly closed before attempting to take it underwater.

Although Apple does not specify which product this invention is intended for, the company notes that “people who rely on electronic devices tend to carry them along to locations in which the electronic devices can incur damage.” This suggests that this hydrophobic coating technique would likely be used on all of Apple’s portable electronic devices, including the iPhone. It also raises the possibility that this coating may have been used on the Apple Watch.

Although Apple has stopped short of claiming that its wearable is waterproof, CEO Tim Cook recently stated that he wore his Apple Watch in the shower, as reported by French tech site iGen.fr. However, it’s unknown if the Watch’s water resistance is due to a hydrophobic coating, or if it is just tightly sealed. Apple doesn’t always implement the inventions that it patents, so it’s also possible that the company has no plans to create a waterproof iPhone — or iPad — any time soon.