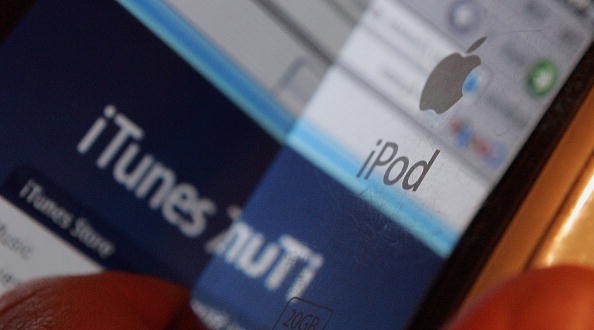 A long-running lawsuit that claims Apple violated antitrust laws may soon come to an ignominious end thanks to some simple fact-checking by the company’s lawyers. The lawsuit, which accuses Apple of maintaining a “monopoly in the market for portable digital media players by making demand for iPods less elastic,” is in danger of falling apart due to the lack of an eligible plaintiff in the case.

In a letter to U.S. District Judge Yvonne Gonzalez Rogers, a lawyer for Apple noted that there is no evidence that the plaintiffs in the litigation purchased an iPod during the time period covered by the complaint. According to papers filed with the court, the two plaintiffs in the case are supposed to “represent a certified class of direct purchasers, specifically, individuals and businesses who purchased certain enumerated models of iPods directly from Apple between September 12, 2006 and March 31, 2009.”

“I am concerned that I don’t have a plaintiff,” Gonzalez Rogers said in court on Thursday, according to the San Jose Mercury News. “That’s a problem.”

Well, a problem for the plaintiffs, anyway. From Apple’s perspective, things are looking pretty rosy. While the plaintiffs were asking for $350 million in damages for Apple’s alleged anticompetitive behavior, Apple could have been liable for more than$1 billion, since damages can be tripled under antitrust law.

While this appears to be a major setback for the plaintiffs in this case, Apple is not out of the woods just yet. As noted in the letter from Isaacson, at least one of the plaintiffs still claims to have purchased an iPod during the class period, but neither Apple nor the plaintiff has been able to verify the purchase. However, this doesn’t mean that the plaintiff might not still be able to dig up the old receipt. It is also possible that the lawsuit could be refiled with more carefully vetted plaintiffs. After all, it is a class action lawsuit that likely involves millions of consumers, so it should not be too hard to locate eligible plaintiffs.

In papers filed with the court, lawyers for the plaintiffs alleged that Apple violated antitrust laws by raising “the cost of switching from iPods to competing portable digital media players by eliminating the ability of consumers to collect a library of downloads that could be played on all players.” As described in the complaint, Apple issued the iTunes 7.0 update primarily for the purpose of making songs purchased from a rival online music store run by Real Networks unable to be played on the iPod. This update allegedly locked in users to the iPod, effectively giving Apple a monopoly and allowing the company to overcharge for its device.

As previously noted by The Cheat Sheet, former Apple CEO Steve Jobs gave a videotaped deposition in which he claimed that Apple blocked the iPod from playing songs that didn’t come from the iTunes Store because the company was worried about violating the stringent digital rights management (DRM) restrictions required under its contracts with music labels. Apple SVP of Worldwide Marketing Phil Schiller elaborated on the music file compatibility issue in his testimony this week.

“If there were multiple management pieces of software trying to do the same thing, it’s like having two steering wheels in a car,” said Schiller, according to The New York Times. Apple stopped using its FairPlay DRM system for its iTunes music files in 2009, and in the decade since this complaint was first made, sales of the iPod have plummeted amid a consumer shift to music streaming from music downloads.