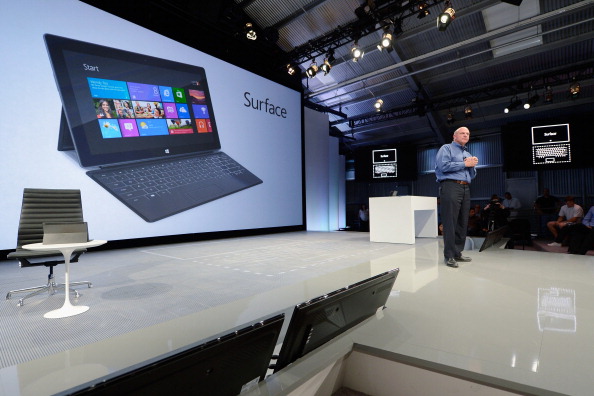 On October 26, 2012, Microsoft (NASDAQ:MSFT) made its Windows 8 operating system available for public consumption. Windows 8, of course, followed the highly popular Windows 7, as the first major software upgrade out of Microsoft in three years. Like clockwork, the Microsoft marketing machine and its supporters mobilized to praise Windows 8 as “revolutionary” at the time of launch. Windows 8 was designed to integrate traditional desktop, tablet, and smartphone features beneath one Metro operating system. Then on October 17, 2013, Microsoft launched Windows 8.1 as somewhat of a compromise between warring Metro and traditional desktop user factions. In retrospect, however, the Windows 8 / 8.1 movement has degenerated into a major disappointment.

As somewhat of an adjunct to Windows 8, Microsoft also launched the first iteration of its Surface tablet on October 26, 2013. The Surface was built to bridge the technical gaps separating tablet and desktop computing. This particular Windows tablet line now prices out for between $299.00 and $1,799.00. At these levels, the Surface tablet would compete directly against popular Apple (NASDAQ:AAPL) iPad tablets and MacBook laptop computers. The recent Office for iPad release, however, has literally rendered the Surface tablet obsolete.

Microsoft has aggressively promoted its Surface tablet as a productive workstation. The Surface tablet billfold folds out to include a keyboard and kickstand. USB and HD video ports also enable Surface tablet users to print out documents and project data onto larger monitors. Perhaps most importantly, each Surface tablet was packaged with touch versions of Microsoft Office. Upon launch, business clientele may have preferred the Surface for organizing spreadsheets, while artsy consumers continued to patronize Apple iOS for playing games, downloading music, and sharing video.

On March 27, 2014, however, Microsoft launched its Office software for iPad. Free versions of the Office software come in three separate Office, Power Point, and Excel applications through the App Store. The free applications allow iPad users to open, view, and copy documents. Apple iPad owners must purchase Office 365 subscriptions to create new documents and complete what Microsoft has referred to as “robust editing” and “rich formatting.” Apple will collect 30 percent commissions off Office 365 subscriptions sold through the App Store. At the time of this writing, Office 365 Personal retails for $6.99 per month, or $69.99, annually. Office 365 Personal provides access to the latest Office programs above integrated cloud computing between one desktop computer, one tablet, and multiple smartphones.

In many respects, the Office for Apple iPad offer may be interpreted as a concession of defeat out of Redmond. Apple reported sales of 16.3 million iPad units through its latest fiscal Q2 2014, which ended on March 29, 2014. Recent data out of research firm IDC has confirmed Apple as the leading tablet vendor — with 32.5 percent of the tablet market. For its efforts, Microsoft did not place within the top five vendors, in terms of unit sold. According to the IDC data, fifth place Amazon (NASDAQ:AMZN) shipped a mere 1 million tablets through the first calendar quarter of 2014.

The Microsoft business model is now trapped between a rock and a hard place. Redmond is desperate for growth at a time when the personal computer market has long matured. Gartner has already claimed that the phase out of Windows XP support has only “eased decline of PC shipments.” A recent Gartner report also estimated a 1.7 percent fall in year-over-year PC sales through calendar Q1 2014. The news did not bode well for Microsoft and its Windows 8 rollout. Microsoft has included enterprise Windows and Office for Business sales within its Commercial Licensing unit. Most recently, the Commercial Licensing operating segment generated $10.3 billion in Q2 2014 revenue. In all, Microsoft reported $20.4 billion in total net sales through this recent quarter.

Microsoft has included Surface sales alongside those of the popular Xbox gaming console within its Devices and Consumer Hardware division. Still, Devices and Consumer Hardware turned in a mere $258 million in gross margins off $2 billion in Q2 2014 segment revenue. In effect, Microsoft has remained a software company that struggles to close sales as an original equipment manufacturer. Last year, Microsoft did take a $900 million charge in asset write-downs related to the Surface.

Going forward, prospective investors can expect tepid performance out of Microsoft stock. Microsoft may simply return larger portions of capital back to investors through share buybacks and dividends. As a beta stock, Microsoft would simply keep pace with the Standard and Poor’s 500 Equity Index.