Is Samsung Creating the Android of Wearable Health Tracking Systems? 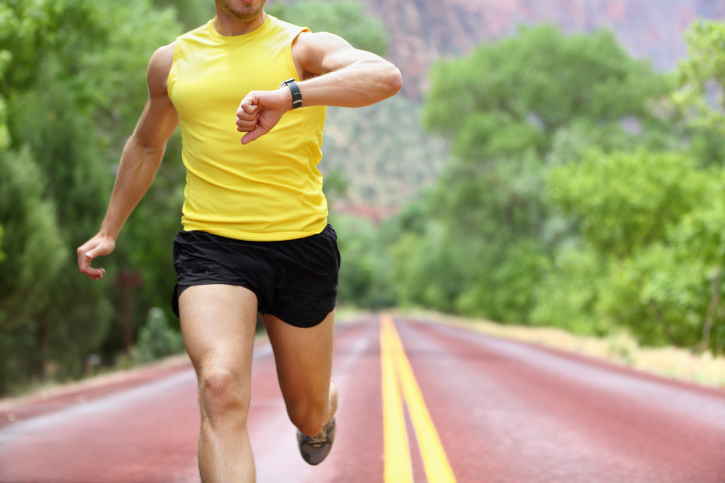 Samsung’s (SSNLF.PK) already in the smartwatch game with its Samsung Galaxy Gear and its Galaxy Gear Fit. Now it’s improving on the concept by going beyond the screen and ditching the smartphone to create a smartwatch that uploads health data directly to the cloud using sensors in the wristband.

Samsung’s foray into body monitoring tech is not unexpected. The Gear Fit already has some body monitoring technology. The San Francisco Chronicle reports that the company announced its Simband, a smart wristband that monitors health, in San Francisco. This device uploads information to the data cloud to which those health metrics will be uploaded. Together, the band and data cloud create a platform for smartwatch and fitness tracker data. Samsung will also work with the University of California, San Francisco for clinical research to advance the technology further.

“You see in your dashboard how your car is doing. It’s monitoring sensors about different features and components of your car,” Young Sohn, Samsung Electronics’ president and chief strategy officer, told the crowd at the SFJazz Center. “And I think we can do something similar to human bodies as well.” Samsung will also be launching a $50 million investment fund to encourage startups to get into the technology so that apps and other technology can be developed using the data provided by the Simband.

Samsung is also creating the cloud to which the health data will be uploaded, making it like the Google (NASDAQ:GOOG) (NASDAQ:GOOGL) Android. The announcement of this technology and commitments to developing it puts Samsung at the forefront of the smartwatch game. It has a smartwatch out. It is into health monitoring. The company even has its own platform, making it the “Android” of smartwatches.

It is officially announcing that it has technology only rumored to be a part of Apple’s (NASDAQ:AAPL) iWatch, a much rumored project that Apple has yet to actually announce. Microsoft (NASDAQ:MSFT) has also been working on a smartwatch of its own with technology similar to Samsung’s Gear Fit based on its recent patents reported PC Mag. The basic technology behind these products is already available. It is the basis of fitness trackers like the Nike FuelBand and Fitbit fitness trackers. These wrist accessory monitoring devices gather information about heart rate, calories burned, and other useful health metrics that get uploaded via an app.

Samsung is taking out the middleman of an app or smartphone by taking it directly to a data cloud of its own creation. It will be interesting to see how other Android smartwatches, such as the ones currently being developed by Google and LG will adapt to this new technology. They may be made to work within this Simband environment. Samsung has created a new frontier for the smartwatch and fitness tracker alike by adding in the Simband cloud.