Is Snapchat the AIM of This Decade? 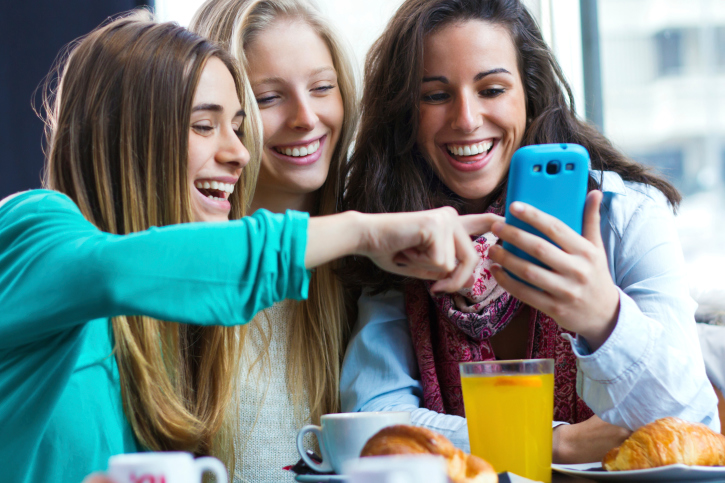 WhatsApp may have approximately 450 million users, but Snapchat’s much smaller audience sends more messages. Network traffic specialist Sandvine realized a report recently that shows Snapchat is the top messaging app among users in the United States.

Snapchat may have recently into some trouble with the Federal Trade Commission for not revealing that users’ photos don’t just disappear (and that they keep them) and that it had some privacy and security holes, but its popularity is undeniable. Users send more than 350 million messages as reported by CNET last fall. Since then, the app has only gotten more popular.

The third party messaging app is especially popular among teenagers and young adults. Consider Snapchat the AIM (NYSEMKT:AIM) of this decade and it all starts to make sense, a highly popular piece of software that this audience uses to communicate with friends quickly. While instant messaging was the novelty then, today its sending photos of your dog or your coffee order to a friend on Snapchat.

The difference is the software is now primarily used on smartphones instead of computers. It may be part of the larger popularity of the app world — one that didn’t exist a decade ago when AIM was the online social experience of choice. Sandvine takes notice of this in the report.

“Twitch.TV and Snapchat have emerged and are now top-ranked applications in many regions across the globe,” Sandvine wrote. “Twitch.TV… now generates more traffic than HBO Go in the U.S. Snapchat, on the other hand, has seen high traffic volumes on many mobile networks due to the fact it only allows subscribers to send picture messages, while competing services such as WhatsApp allow users to send plain text.”

Until very recently, the entire Snapchat platform was only for photos. These entirely photo messages make up a huge percentage of traffic online, edging out WhatsApp and other messaging apps for the top spot. The company is adding chat to extend its features and further competition with WhatsApp, which is primarily text based.

Other companies have noted Snapchat’s popularity. Both Google (NASDAQ:GOOG) and Facebook (NASDAQ:FB) have tried to purchase the app. Facebook ended up purchasing Snapchat competitor WhatsApp earlier this year. Google reportedly offered $10 billion for Snapchat at one point. The technology giant also has its own messaging app, Messenger, although it is primarily linked to Facebook Chat.

Despite this popularity, Snapchat faces a highly competitive market. Yahoo just acquired Blink, another messaging app. WhatsApp will continue to vie for the top spot, with Facebook backing them. Numerous other messaging apps are in development at various startups. So while Snapchat is currently the most popular messaging app, whether or not it stays the cool kid on the messaging app block is unclear.