Is the New ‘Transformers’ Game Better Than the Movie? 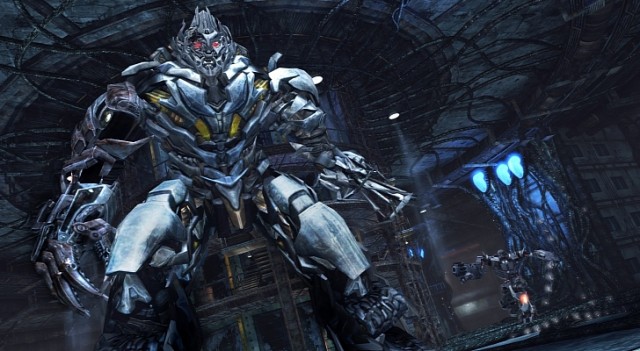 Over the past few years, Activision, the company that controls the video game rights to the Transformers franchise, has released two parallel lines of games based on everyone’s favorite morphing robots. One is a movie tie-in series whose installments come out alongside the movies. These games are usually bad, but they seem to bring in a good deal of money for Activision. The other series has nothing to do with the films, but the games, Transformers: War for Cybertron and Transformers: Fall of Cybertron, are critically well received.

Since synergy is of utmost importance to media companies, Activision decided it was time to merge the two worlds. The resulting game is Transformers: Rise of the Dark Spark, which retcons the Cybertron games as prequels to the the films. Now that Rise of the Dark Spark is available for purchase, the only question left to ask is whether it’s any good. To find out, we’ve combed through the major game sites’ reviews so you don’t have to.

The game is divided into 14 chapters, each of which puts you in the metallic shoes of a different transformer. The robots all come with a unique special move or ability. For instance, Sideswipe can climb terrain quickly with the help of his grappling hook, while Optimus Prime has a shield to ward off enemy shots.

Unfortunately, according to GamesRadar, “No matter what the setting, the action boils down to little more than tromping around and shooting the same largely indistinguishable robots — or worse, robot bugs — over and over again. And that might not be so bad, except that the story and pacing are so resolutely tepid that there’s no real sense of purpose or urgency to pull you through firefight after repetitive firefight.”

It’s downhill from there. Destructoid writes, “Even on the PlayStation 4, it feels like a poorly optimized PlayStation 2 game, with frame-rate dips, clunky animations, and uninspired locales and enemies galore.” Worse yet, the review continues, “I didn’t just come across a few glitches, either — it seems like every stage has a host of areas to get stuck in, and sometimes I’d have to hunt down every single tunnel to find that one enemy that refused to come out of its hiding place before I was allowed to move to the next area.”

On the plus side, most reviewers were pleased with the weapon selection. IGN says that, “Each of the 20 guns you wield in robot form has a very distinct style, from standards like the semi-automatic and shotgun to more esoteric ideas like an electric beam that chains between enemies, a slime cannon that slows down and poisons enemies, and Dead Space-like blade and bolo shooters.”

Destructoid also reports positively on the game’s Escalation multiplayer mode. Like the popular Horde mode from Gears of War, this mode lets you team up with three friends online to fend off waves of enemies. The better you do, the more characters you unlock, and the more money you earn to shore up your defenses.

But those positives couldn’t tilt the scale in favor of this title. GamesRadar sums up the game like this: “Transformers: Rise of the Dark Spark is a limp, plodding shooter that does little to elevate the movie universe, and drags the Cybertron series down in the process.” IGN agrees, saying, “A Transformers game really only has to deliver on two simple things: make it fun to transform, and make it fun to destroy robots. Transformers: Rise of the Dark Spark is a dud on both of those fronts, and it throws in a confusing story to boot.”

Of course, just because the game failed to impress critics doesn’t mean it won’t make a lot of money. Each new Transformers movie gets poor reviews from critics, but moviegoers worldwide flock to theaters to feast on the chaotic action Michael Bay serves up. The latest movie, Transformers: Age of Extinction, hit theaters last weekend and has been burning up the box office worldwide. To date, it has the highest box office opening of any movie released in North America this year, making $100 million in its first weekend. Worldwide it raked in $201 million, thanks in large part to $90 million from fans in China.

Despite the movie’s earnings, it was far from a critical success. On Metacritic, Transformers: Age of Extinction scored a dismal 32 out of 100, while at Rotten Tomatoes, it only managed to scrounge up a 17 of 100. To put that in perspective, according to Metacritic’s tallies, the first Transformers movie got a 61, the second got a 35, and the third got a 42 — making the newest one the worst yet.

So it looks like the movie is awful, and the game isn’t very good. If you’re a fan of Optimus and company, your best bet is probably to skip both, and hope for Activision to put out another good Transformers game next year. As for the fifth installment of the movie franchise, it’s already in pre-production. Here’s hoping it defies the trend and turns out to be worth the audience’s time and money.