Is This the Price of Apple’s iWatch? 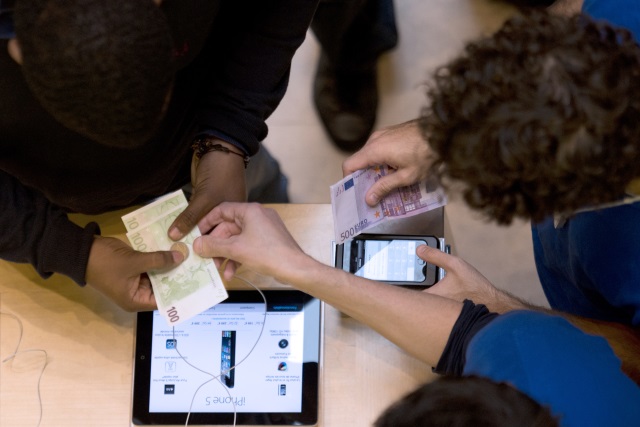 While there have been many technical specifications and component leaks about Apple’s two upcoming iPhone 6 models, there has been an unusual dearth of information about the company’s rumored wearable tech product. Apple’s strategy of withholding information has helped the company generate a level of consumer excitement about its upcoming product launches that other tech companies can only dream about.

However, the lack of information has also spawned an entire industry dedicated to providing the latest rumors to fans that are starved for details about Apple’s next generation of products. Since Apple’s rumored iWatch launch will mark the company’s first entry into the wearable tech market, as well as its first new product category since the iPad, consumer interest in the device has been especially high.

Up until last week, the so-called “iWatch” was widely believed to be on hold until next year due to the new components and manufacturing methods required for its production. However, according to sources cited by the well-connected reporters at Re/code last week, Apple is planning to unveil its highly anticipated wearable device at a media event scheduled for September 9.

Re/code accurately predicted that Apple’s media event would be held on September 9 more than three weeks before the date was confirmed. However, the day after Apple sent out its invitations for the media event, Re/code dampened the news with the revelation that, although the iWatch would be dangled in front of our eyes on September 9, it would likely not become available for purchase until 2015.

On Saturday, Re/code dropped yet another iWatch tidbit. According to Re/code’s sources, Apple executives discussed charging approximately $400 for the wearable device. That price would make the iWatch a $100 more expensive than the $300 Samsung Gear 2 smartwatch and $150 more than the premium Steel models made by pioneering smartwatch maker Pebble.

Like the Pebble Steel models, Motorola’s upcoming Moto 360 smartwatch is also expected to cost about $250, according to information leaked by Best Buy and highlighted by TechRadar. However, the iWatch’s higher price will not necessarily be a disadvantage.

Apple users have long been willing to pay a premium for the Cupertino, California-based company’s devices, even when competitors offer devices with higher technical specifications at a lower price. One reason Apple’s customers are willing to pay more is that they’re not just buying a standalone device — they’re buying into the company’s entire ecosystem of services and other products, which are guaranteed to work seamlessly with each other.

Because of Apple’s well-established, loyal user base, the company does not necessarily have to dazzle consumers with a wearable that offers some innovative new feature in order to be successful. As long as the product follows Jony Ive’s much-admired design ethos and meshes well with Apple’s other products, there’s no reason why a $400 iWatch can’t succeed just by simply being an iOS-based version of a Pebble smartwatch.

Apple’s iWatch is also rumored to be coming in multiple models, which naturally suggests multiple price points. According to The Wall Street Journal’s sources, Apple is planning on releasing multiple versions of the iWatch with different screen sizes, including at least one model that will be packed with over 10 types of biometric sensors. Per Re/code, Apple’s wearable device will also likely be integrated with the HealthKit health data platform and the HomeKit connected home framework.

It is also possible that not all of the iWatch models will include every rumored capability. Multiple models with different types of features could be aimed toward particular market niches. Assuming that the inclusion of multiple health-tracking and fitness-tracking sensors will add considerably to the final cost of the device, the health-focused iWatch model may fall into a higher price range.

Apple fans will hopefully have all their iWatch questions answered at Apple’s September 9 media event. According to Apple Insider, the event will begin at 1 p.m. Eastern at the Flint Center for the Performing Arts in Cupertino.