Is Tumblr’s Golden Age Drawing to a Close? 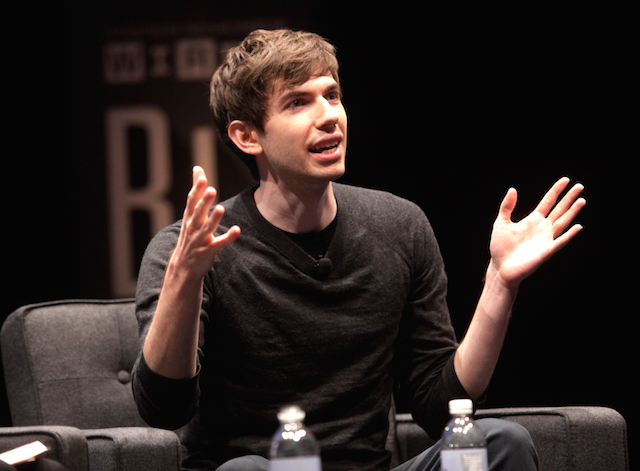 A report by Amir Efrati in The Information explains that a “major shake-up” at Yahoo” could end Tumblr’s run as a standalone unit and rearrange the upper ranks of the Web firm’s product organization,” a group that has struggled under the leadership of chief executive Marissa Mayer. Changes in Yahoo’s relationship to Tumblr are also expected, and ReadWrite reports that Mayer asked Tumblr chief executive David Karp which Yahoo senior vice president he’d like to report to.

Tumblr could be brought under Simon Khalaf, the chief executive of mobile analytics startup Flurry, which Yahoo acquired last year. Khalaf is reportedly being promoted to senior VP at Yahoo. Yahoo spent $1.1 billion to acquire Tumblr in May 2013. Mayer said earlier this year that she expects Tumblr to generate $100 million in revenue this year, though some, including Efrati, have expressed doubt that it will reach that goal.

Beyond the addition of ads, users haven’t yet seen much evidence of interference from Yahoo, and Tumblr has operated mostly independently since the acquisition. But many users expressed their dissatisfaction with the acquisition, particularly shortly afterward, when Tumblr briefly removed blogs that used tags related to adult content from both the social network’s internal search and from indexing by third-party search engines shortly after the sale to Yahoo. ZDNet noted at the time that previously, Tumblr had been seen as a platform where such content would be monitored but left alone. But thousands of users were unsurprised, if outraged, and considered the move evidence that Yahoo would change Tumblr for the worse. 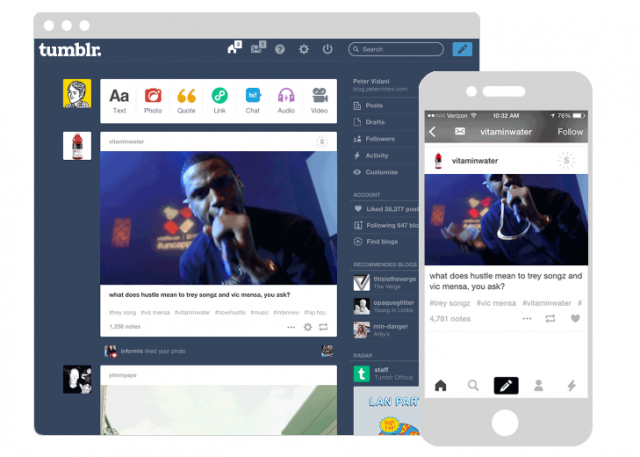 An audience worth paying for

Yahoo may be hard-pressed to maintain Tumblr’s large user base if it refuses to prioritize the demands of the users. Karp has made a point of deferring to users for years, even rolling back a redesign when users complained. It remains to be seen whether he’ll be able to continue with the same strategy while reporting directly to Yahoo, or how the company itself will handle increased oversight, and perhaps a larger number of demands, from Yahoo.

Tumblr was once ad-free. But immediately after its acquisition by Yahoo, it began serving traditional ads. The typical Tumblr user can now expect to see an ad approximately every 10 posts while scrolling through the Dashboard. As Yahoo brings Tumblr more closely into the company, ad revenue is likely to become more of a priority.

In an interview on the occasion of Tumblr’s sale to Yahoo, Karp said that Yahoo is a company “with a legacy doing exactly the same kind of stuff we’re hinging our business on — creative brand advertising,” according to Inc:

He said that Mayer was offering Tumblr an opportunity to supercharge the development of its network and ad business.

Almost three years ago, in July of 2012, Rob Walker asked in The New York Times Magazine whether Karp could embrace ads without selling out. Walker explained that “Rather than monetizing clicks, [Karp] wants advertisers to view Tumblr as a place to promote particularly creative campaigns to an audience whose attention is worth paying for.” At the time, Karp seemed “enthusiastic” about advertising, and the largely untapped opportunity to enable the kind of creative advertising that is “intended to make you feel something for the brand,” something Walker noted Karp felt everyone else had missed. 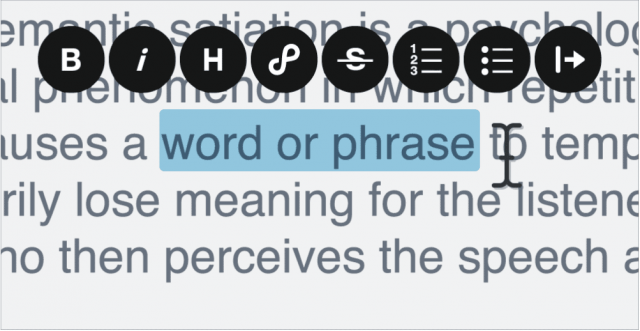 Feelings ahead of data

Though Tumblr could have become “wildly profitable” just by implementing conventional ads, Karp posited that doing so would spoil the community and the creativity taking shape on Tumblr. His solution was to require advertisers to be just as creative and expressive as Tumblr’s users. A brand would need to use Tumblr, and use it well, to get its message out to the community, and could then “elevate” what it had created by sponsoring its content. While traditional forms of online advertising promised specific targeting and measurable results, Karp maintained that it was the emphasis on feeling over data that made Tumblr popular. He told Walker that with Tumblr, he could make a good case for “following our hearts.”

As MediaPost notes, it’s not clear what impact closer control by Yahoo will have on Tumblr’s operations or user experience. Yahoo has been cautious about upping the number of ads on Tumblr to avoid hurting the user experience. And ad revenue growth may be slow as advertisers come to terms with the idea that Tumblr doesn’t offer the same degree of data on its users as other social networks do. A possible area of focus is video advertising, enabled by a revamp of Tumblr’s video player last year and its launch of a creative agency, the Creatrs Network, to connect high-profile users with brands.

Like any young social media company with a large and vocal user base, Tumblr was bound to have growing pains and awkward years. It just remains to be seen whether Yahoo will help its growth along, or whether it will just get harder for Tumblr team members — especially Karp — to follow their instincts toward the best version of the platform, when they also have stricter marching orders from Yahoo to follow.