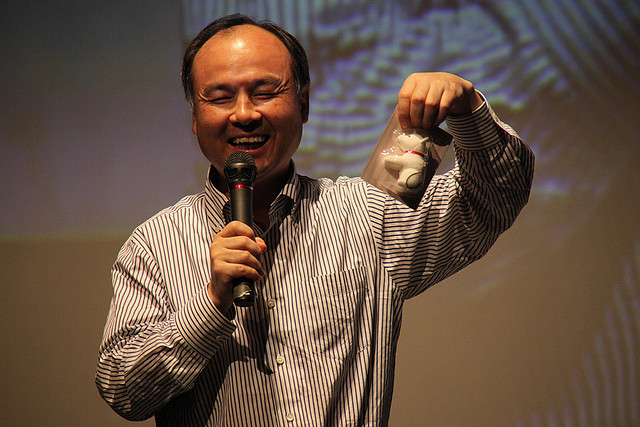 Sprint Corp. (NYSE:T) board members Masayoshi Son and Dan Hesse recently met with Justice Department officials, the Wall Street Journal reported Wednesday, and the meeting indicated that the Justice Department is still skeptical over whether a Sprint-T-Mobile (NYSE:TMUS) tie-up would potentially ruin a currently competitive carrier market. Son, the main instigator behind the merge, has argued that the consolidation of the two companies wouldn’t hurt competition in the marketplace because AT&T (NYSE:T) and Verizon (NYSE:VZ) already control it. However, U.S. antitrust authorities still don’t seem convinced, and it is now expected that Son will face significant regulatory difficulties as he moves forward with the merge in the future.

U.S. antitrust authorities have said before that they like having four national mobile-phone carriers to balance out the market, but Son, along with others in favor of the deal, have argued that market leaders Verizon Wireless and AT&T already account for more than two-thirds of the U.S. industry’s subscribers and nearly all its profits, and Sprint and T-Mobile won’t be able to provide enough competition if they continue operating alone. T-Mobile’s recent resurgence isn’t expected to help the two carriers’ cause, as regulators have been pleased to see four strong companies maintaining the competition of the market, but both T-Mobile and Sprint argue that the recent surge in competition won’t be able to last without a merge.

Justice Department antitrust officials often welcome meetings like the one requested by Son in order to review possible deals, but the Journal reports that regulators typically wait to indicate their views until a full review is executed, thus, Sprint and T-Mobile executives are still very much in the dark as to what will happen in the future. If the regulators approve the deal, though, the two carriers can rest assured that they have access to the appropriate financing, as last month Sprint got confirmation from banks that a deal to buy T-Mobile for $31 billion could win financing. T-Mobile and AT&T are still working through issues that they will face if and only if regulators approve their deal, but just in case they do, the two parties are reported to currently be negotiating the size of breakup fees, and the name that the T-Mobile-Sprint merge will take.

According to the Journal, Son, the chief executive of Softbank Corp. and executives from Deutsche Telekom have been in talks about merging Sprint and T-Mobile since last summer, as both companies have majority stakes in Sprint and T-Mobile, respectively. T-Mobile CEO John Legere has also publicly vocalized his interest in the deal, and the chief executive made statements in an interview last week that showed his interest in convincing regulators that T-Mobile’s revived competitiveness wouldn’t be able to sustain itself without Sprint. Legere said in a Bloomberg West interview, “We all need better scale and capability. The question starts to be: How do you take the maverick and supercharge it? We either need more spectrum and capability and a lot more investment, or we need consolidation.”

Now, Sprint, Softbank, T-Mobile, and Deutsche have to decide upon how they want to structure the deal so it has the best chance of approval. T-Mobile has already tried and failed to execute mergers, as it presented a consolidation with AT&T before the Justice Department three years ago and was subsequently shot down, but it is still possible that executives at Sprint and T-Mobile will be able to convince regulators that the carriers’ merge actually serves the best interest of consumers.