Looking for Games to Play? Here’s What’s Coming Next Week

January is always a slow month for big game releases, because if a major title were nearing completion in Q4, publishers would’ve thrown money at it to get it out the door in time for Christmas. That makes January the perfect time for smaller developers to launch their games and have a chance to get noticed. Here’s a list of notable games releasing the week of January 11. 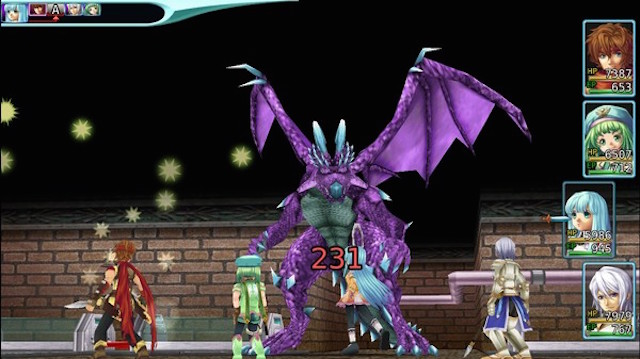 This Japanese role-playing game kicks off with a murder that you and your team of adventurers has to solve. One thing that stands out about Alphadia Genesis is its use of two very different art styles. In the game’s over-world, the graphics are decidedly retro, lending the game a 16-bit vibe. Hop into a battle, however, and the graphics leap ahead to the polygon era, as shown above. Kind of a strange combination, but hey, it could work. 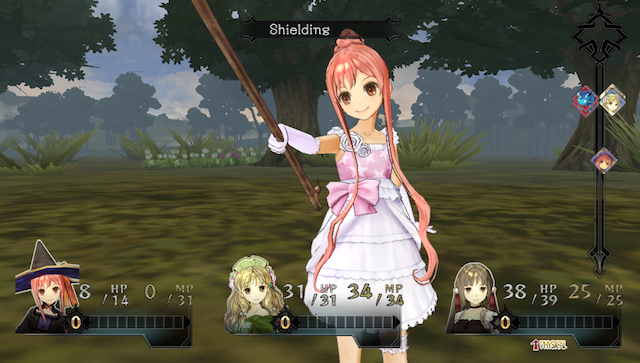 Atelier Ayesha Plus: The Alchemist of Dusk

Another RPG launching this week is Atelier Ayesha Plus: The Alchemist of Dusk, which tells the tale of a girl in search of her missing sister. The key to any game in the Atelier series is its extremely deep alchemy mechanic. As you explore and battle enemies, you gather herbs and other ingredients that you can mix together to craft all kinds of goodies like weapons and potions you can use on your journey. If you like handheld RPGs, look no further. 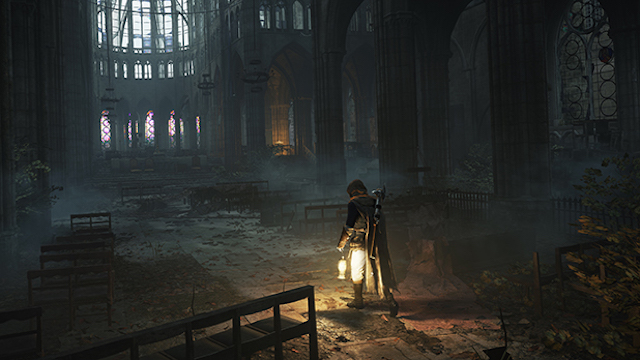 Releases January 13 for Xbox One and PlayStation 4

It’s no secret that the November launch of Assassin’s Creed Unity could have gone better. The game was heavily criticized for being buggy and generally feeling unfinished. By way of apology, developer Ubisoft is giving away the downloadable expansion Dead Kings for free. This piece of DLC sends the main character from Paris to Saint Denis, a city that’s home to a crypt for French kings. Naturally, you must explore the crypt and surrounding catacombs, which just so happen to be full of enemies. On the plus side, you have a weapon called a Guillotine gun, so don’t be surprised if your enemies lose their heads. If you own Unity, be sure to download this freebie. 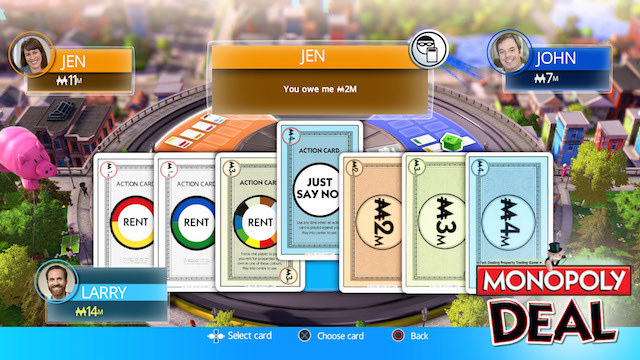 Monopoly is a fun board game and all, but it’s not exactly quick to play. That’s where Monopoly Deal comes in. Ubisoft has taken the concepts that drive Monopoly and reshuffled them into a fast-paced digital card game. You’re still competing to scoop up property, but the goal here isn’t to make everyone else go bankrupt. Instead, everyone is out to collect three complete sets of property; the first to do so wins. You can play locally against friends, or online against anyone.

Another popular board game arriving in a shiny new fashion on consoles this week is Trivial Pursuit Live. The idea behind this one is that Trivial Pursuit has been turned into a TV show, and you play as a contestant. The rules and question types have been spiced up from the original board game, but you can still expect to be presented with lots of brain-busting trivia. Keep an eye out for this game if you fancy yourself smarter than all your friends.