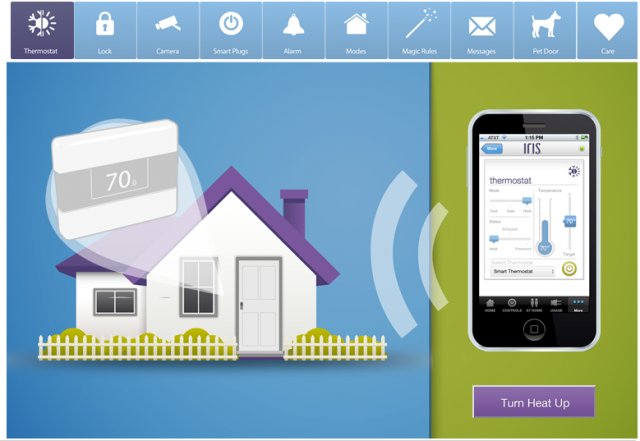 In the mist of a flurry of activity by a myriad companies to develop smart home devices and hubs, the man at the head of Lowe’s (NYSE:LOW) smart home division has a surprising prediction for how the market will evolve in the next three to five years: the smart home will get a lot simpler.

Re/Code’s Lauren Goode spoke with Kevin Meagher, vice president and general manager of the smart home division at Lowe’s. Meagher says that the announcement of new smart home platforms and systems — like those by SmartThings, Google’s (NASDAQ:GOOG) Nest and Dropcam, and Apple (NASDAQ:AAPL) — are all good news for the industry, and for the smart home as a concept. He says that open standards and an integrated user interface are a necessary development, and “fundamental to the whole idea of the smart home.”

Even as more companies begin to offer smart home systems and devices, it’s the development of industry standards that will unify the experience for customers — and prevent the fragmentation that’s caused by companies trying to get users to buy into their exclusive ecosystem. Meagher tells Goode:

“In the past, everyone thought they could own the consumer, that the consumer would buy everything they sell. There’s still a lot of that around, sadly, a lot of that thinking. But actually, most people — and this is the way we’re thinking and the way Apple is going forward, although less clear around Google — but the idea is to give users a single interface and a single app and let them choose what they want to buy.”

Meagher continues: “I’ll give a good example. The problem is that no consumer wants to walk up to their house and open up one app to control their door lock, another to control the thermostat, another to control the lighting — that’s just crazy. And manufacturers have been thinking, this is a great way to get consumers to buy more of our products. So we’ve got this walled garden of devices that will work.

But as soon as consumers buy into a walled garden, it isn’t long before they realize, ‘Here’s a cool camera or garage-door switch I really like, but it doesn’t work with the stuff I’ve already got.’ And that’s what’s keeping people from buying more into the market.”

Meagher notes that Lowe’s is comfortable with the idea of selling devices that will work on Apple’s platform, because the company views a move towards the standardization of device communication as inevitable. The company is betting on Zigbee, Z-wave and Wi-Fi as the wireless standards that underpin smart home systems, and will also selectively include Bluetooth connectivity in the future. Meagher envisions smart homes relying on a hub or a server as an equalizer, of sorts, to reconcile the different communication standards used by a home’s assortment of devices.

“It doesn’t matter if everything is Wi-Fi-connected. It connects somehow to a hub or to a server in the cloud. Individual devices can connect in different ways. If you look at Wi-Fi as French, but your door lock speaks German, or Zigbee, that translation can occur in the server.”

The concept of that kind of open, universally compatible hub is similar to what’s currently offered by Revolv, a company that makes what it calls the “most powerful home automation Hub on Earth.” The Revolv features seven radios — Z-Wave, Wi-Fi, Insteon, Zigbee, and three others — and supports devices by Belkin, Insteon, Philips, SONOS, Yale, Honeywell (NYSE:HON), Trane, Cooper Wiring Devices, GE (NYSE:GE), Leviton, Aeon Labs, Schlage, Kwikset, and Somfy. It also unofficially supports the Nest thermostat, and currently works with iOS, with an Android app on the way.

Meagher envisions hubs like the Revolv gaining ground in the next three to five years, and the Iris Smart Home Management System by Lowe’s is also compatible with a wide variety of devices — effectively unbundling the smart home to let users pick and choose which devices they want to use, without worrying about who manufactures what, or which communication standard a given device uses.

Meagher also notes that one aspect of the smart home that’s currently overlooked is the potential for safety features: “In the future, you will be picking devices that you don’t want the kids to touch until you get home. Get on with your homework — you can’t touch Xbox until I get home. I have literally looked at solutions that stop kids from playing with Xbox. Or that don’t let the kids play with the stove when you’re not there.”

“Two-thirds of what I’ve described is already out there,” Meagher tells Goode. In the next three to five years, he expects the rest of the ideas to be realized and on the market as well — and that includes more simple and universal solutions to control whichever assortment of smart home devices a user chooses.