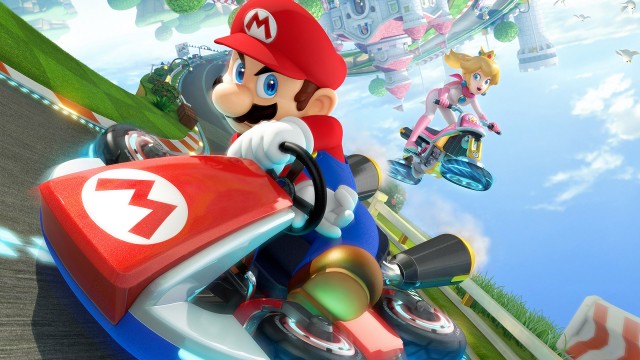 The Mario Kart series has been revving its engines since the days of the Super Nintendo, and if recent reviews are any indication, it still seems to have plenty of fuel left in its tank. The latest installment is Mario Kart 8 for Wii U, and it’s available now. This is one of the games Nintendo (NTDOY.PK) hyped up to bolster confidence from investors during the company’s less-than-stellar earnings report earlier this year. Will Mario Kart 8 jump start sales of the lagging console? Who knows, but perhaps the better question is this: Is the game any good?

All signs point to yes. According to Metacritic’s tally, which averages together 62 critic reviews, the game scores an impressive 89 out of 100. Of the big-name outlets, Eurogamer liked it the most, giving it a perfect 10 out of 10 rating. Said the publication: “Bold, accessible, deep and rich, Mario Kart 8 is premium video game development. … Mario Kart 8 is a rare thing, then: the best entry in a series and the most exciting yet.”

Even the reviewers who gave it the lowest scores found plenty to love. EGM, whose reviewer didn’t think the game came together seamlessly enough, said, “Mario Kart 8 looks spectacular, sounds impressive, and delivers solid racing action worthy of the series.” That’s high praise, even if he scored the game 75 out of 100.

So what’s all the fuss about? First off, the game looks incredible. After an entire console generation without HD graphics from Nintendo, most reviewers commented on how great Mario Kart 8 looks now that it’s fully HD on the Wii U. Giant Bomb takes it a step further, saying, “It’s probably the best looking Wii U game to date.”

The game includes 32 tracks, with 16 brand new ones and 16 highly revamped tracks from previous Mario Kart games. The character lineup is similarly robust, with 30 drivers to choose from, many of whom are unlocked as you complete objectives throughout the game. Then, to broaden your options even more, you assemble your vehicle by picking the tires, body, and glider to create a kart that handles just how you want it to. The reviewer for Polygon particularly enjoyed this aspect: “Even after tens of hours, I was still toying with different character and vehicle combinations, discovering what felt right to me, what was too slow to keep up and what moved so fast that I could hardly control it. It made some races disastrous, but I relished the satisfaction of finding good combinations.”

On the downside, GamesRadar wasn’t crazy about the game’s difficulty, saying, “If you’ve played Mario Kart before (and with seven predecessors to Mario Kart 8, chances are you have), the 50cc and 100cc difficulty tiers will pose such little challenge that you’ll rarely see another kart after the first corner.” Fortunately, the higher-difficulty tiers gave more resistance, but still not as much as the reviewer would have liked.

One thing most reviewers enjoyed is the game’s meaty online multiplayer mode. Polygon writes, “All of the online multiplayer functionality in Mario Kart 8 is fantastic — on par with what I’d expect from any online game these days rather than the sparse showings of Nintendo’s recent past.” However, IGN was a little more mixed on this topic: “It’s easy to join races, set up tournaments, and even upload highlight videos to YouTube, but once again, Nintendo’s den mother attitude rears its head: Chat is restricted to lobbies with friends only. There’s no option to invite friends into a game, and Mario Kart 8 also doesn’t provide message notifications. This is seriously disappointing because you have to use outside means to coordinate friends-only races.”

Another point most reviewers agree upon is that the long-standing blue shell item is annoying. For the uninitiated, the blue shell is like a heat-seeking missile that finds the player in first place and takes that person out, which can be a major pain if you’re about to cross the finish line. Mario Kart 8 introduces a new power-up that neutralizes blue shells. IGN writes, “Blue Shell-haters rejoice: the new Super Horn stops the much-maligned comeback mechanic dead in its tracks, allowing skill to prevail more often than ever before.”

Overall, most reviewers agree that Mario Kart 8 is a great game and a worthy entry in the lauded series. Whether it will be enough to make people rush to the stores to buy a Wii U remains to be seen, but if you have a Wii U already, this is a game to get.