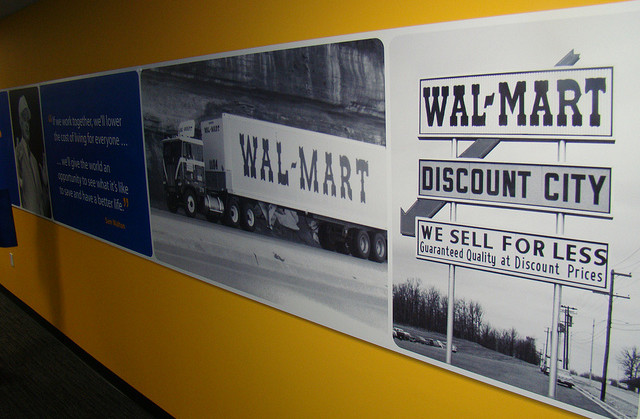 Retailers and consumers everywhere have been affected by the evolution of technology and the way it has made its mark on the marketplace. Without technology, Amazon.com Inc. (NASDAQ:AMZN) would never be the retail powerhouse that it is today, and Wal-Mart Stores (NYSE:WMT) would even probably sleep a little better at night.

But to be fair, despite the increased competition that technology poses, most retailers have benefitted from the evolution more than bled, but that all could soon be coming to an end.

According to Quartz, the old key to successful retail was having the best supply chain, which Wal-Mart did. The next necessity evolved to advanced analytics, which Wal-Mart identified and Amazon mastered. However, the next up-and-coming technique is one that both will soon be locked out of, and it involves 3D printing.

Many have heard of the term 3D printing, but few understand the widespread possibilities that such a tool facilitates. Additive manufacturing is a process of making three-dimensional solid objects of any shape from a digital model, and for consumers, that means that they will soon be able to order exactly what they want when they want it, and it probably won’t come from Amazon or Wal-Mart.

Quartz reports that 3D printing is expected to overtake centralized production, and it will likely make middle retailers’ business obsolete. Consumers will have no need to visit these stores or websites for the latest offerings because they can simply order exactly what they want themselves and avoid the marketing soap opera.

Quartz writes: “From a consumer perspective, this means more products to choose from at better prices, faster delivery, and with greater personalization. But from a retail perspective this is nothing short of revolutionary: the bottom is dropping out of the middle of retailers’ entire business — the part where they produce and provide consumers with products.”

The technology is still in its nascent stages, but it is certainly growing in popularity. Retailers like Wal-Mart are likely not in the dark for what may come in the future, because advances in robotics are already allowing 3D production houses to be more manageable and nimble — they are beginning to pop up closer to buyers, and consumers soon could order directly from the design platforms and avoid shipping and retail costs. 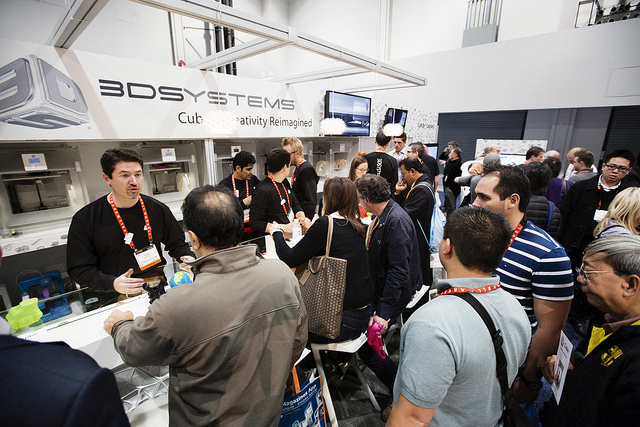 Quartz highlights an example of one company that has already capitalized on this up-and-coming trend: Ponoko, a platform connecting 3D designs with shops to produce them. Consumers can order from its catalog and have their products locally manufactured and delivered. This practice is likely only to grow.

Social media is also expected to help spread the word about the newest arm of retail, and these companies expect communication platforms like Twitter (NYSE:TWTR) and Facebook (NASDAQ:FB) to provide all the advertising they need. Via 3D printing, goods can be infinitely represented and reproduced; once word gets out about a popular item, Facebook friends can almost instantly get their hands on the same product, and Ponoko is more than happy to help them do it.

Platforms like Thingiverse.com already allow consumers to browse an exorbitant array of 3D designs and possibilities, and the library is expected to grow with time. According to Quartz, with the platform, consumers can order almost any physical object and then modify and manufacture it to their specifications, all while having it delivered directly to their door while avoiding middlemen.

This is great news for consumers who have the opportunity to see a piece of furniture at a baby shower and immediately want it, or just need the chair that was in their latest hotel room. However, it doesn’t necessarily paint the same pretty picture for retailers like Wal-Mart, which have long succeeded at driving consumers into their stores and luring them in with new deals. Both Wal-Mart and Amazon have yet to show any signs of support to the new 3D printing and robotics industry, but before long, they may have no choice but to find a new niche.