Microsoft Band: One of the Best Smartwatches May Get Better 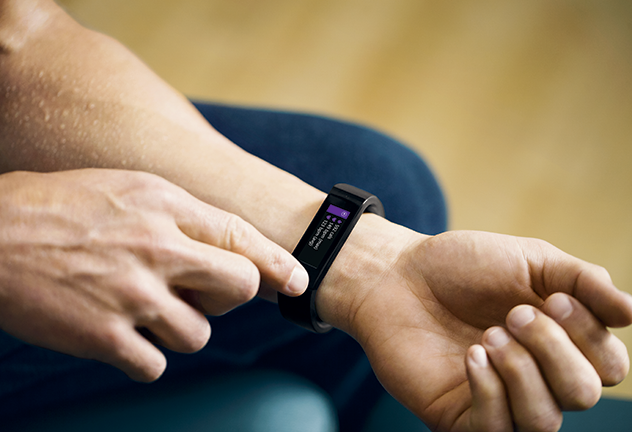 Tech-savvy consumers are becoming more and more interested in the array of options for smartwatches that can help them better track their health, stay on top of smartphone notifications, and be reminded (and motivated) to stay active throughout the day. The Microsoft Band is one such smartwatch. It recently landed on Tech Cheat Sheet’s list of the top five smartwatches that cost less than $200.

But a major limitation of the Microsoft Band is that, unlike Android Wear smartwatches or the Apple Watch, it so far has had minimal support for third-party apps. But all of that is changing as Microsoft officially opens up the device to developers, making the Microsoft Band into a more powerful device and platform.

Mark Sullivan reports for VentureBeat that Microsoft has released a full software development kit (SDK) for the Microsoft Band, enabling third-party developers to create apps for the band. A preview SDK was released in February, but apps created using it couldn’t access all of the features and sensors of the Band. Developers will now be able to create tiles on the Band’s interface to house their apps, and they can create and send notifications to these tiles.

The apps will also be able to access all of the sensors in the Band, including the accelerometer, gyroscope, and sensors for heart rate, ultraviolet light, and skin temperature. Sullivan notes that developers could use the SDK to create a custom workout app for the Band, and users could keep track of their performance and stats in Microsoft Health. In Microsoft’s blog post on the Microsoft Band SDK, Zulfi Alam, the general manager of Microsoft’s personal devices division, explains that it enables developers to:

Apps created using the SDK can be marketed through the Windows, Android, and iOS app stores because the Band can sync with Android smartphones and Apple’s iPhones, as well as Microsoft’s Windows Phones. Microsoft says that the apps will be subject to the standard review processes of each individual app store.

Gizmodo’s Sean Hollister reports that the new SDK also brings the ability to turn web data into live tiles on the Microsoft Band. The SDK can ping a server on the web and turn any JSON or XML response into a “Web Tile,” which essentially functions like an app.

As an example, Scott Hanselman, a Microsoft product manager who is also a Type-1 diabetic, set up a real-time feed from his Dexcom glucose meter, which sends its data to the web. The glucose monitor connects to Hanselman’s phone via Bluetooth, pushes the data to an Azure server, and the Web Tile on his Microsoft Band pulls the data in real time to his wrist.

Hollister reports that Microsoft programmers say that you could create a Web Tile using real-time data from any web server or website that packages it in the right way: “You could create a Web Tile for any such source of data, send them in an email or even a Tweet. Then, anybody with the Microsoft Band app can download it, and boom — a new tile on their Band with a brand-new feature.”

The ability relies on savvy users and developers to set up, but Microsoft says that it’s reaching out to companies to build examples, and Band owners “should be able to build your own Web Tiles this summer,” according to a Microsoft representative.

As The Verge reported recently, the Microsoft Band and the accompanying platform have received other upgrades, including more app integrations and better insights on the information collected by the device’s array of sensors.

The Microsoft Health Web Dashboard, the website that enables users to review the activity captured by the band, can now show users how they compare to an average of other users based on height and weight, and also shows them how well their body is restoring overnight during sleep and how their fitness is improving over time. The system can also analyze what day and time of day workouts are most effective.

While Microsoft Health still doesn’t integrate with Apple’s HealthKit or Google’s Fit platforms — and there isn’t yet a Microsoft Health app for the Apple Watch or Android Wear — the upgrades imply that Microsoft is more interested in building a platform than a single product.

And while opening that platform to third-party developers won’t suddenly make the Microsoft Band a contender for shoppers who want an Apple-Watch-style smartwatch, it will make the Band a much more capable device for consumers who want a more cost-effective and fitness-focused wearable.