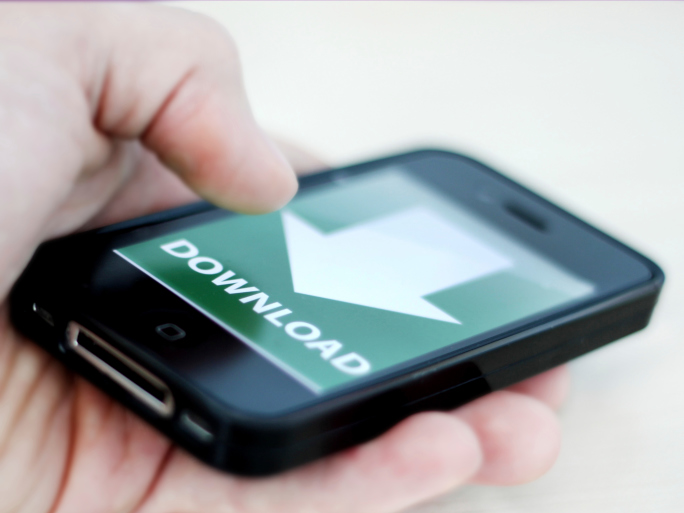 The mobile advertising industry will grow faster than any other ad channel this year, a big push that comes at a crucial time for the development of the medium. A report by eMarketer projects record-breaking growth in mobile ad spending this year. Mobile ad spending is expected to reach a tenth of total ad spending, landing in third place behind spending for TV ads and desktop/laptop ads.

Reporting on the projections, VentureBeat notes that the growth in mobile advertising, combined with an increase in TV advertising, will drive record growth: “The growth in mobile and TV ads will propel the U.S. market to its biggest increase in a decade — 5.3 percent over last year. This is the first growth spurt of more than 5 percent since 2004, and the total ad market in 2014 will top $180 billion.”

Advertisers will spend 83 percent more on ads for tablets and smartphones this year than they did last year. That increase constitutes an additional $8 billion spent on mobile ads. Digital ad spending will represent almost 30 percent of total U.S. ad spending this year. Digital ad spending is also expected to exceed TV advertising spending within four years. Also within four years, mobile ads will increase from a tenth of ad spending to more than a quarter. Mobile is expected to surpass print by 2016, and in the intervening time, spending on TV, print, radio, directories, and outdoor advertising is projected to stay flat or experience a slight decline.

The shift of advertising spending toward mobile is in part influenced by the big players in digital ads, Google (NASDAQ:GOOG)(NASDAQ:GOOGL) and Facebook (NASDAQ:FB). Together, the two companies represent 15 percent of the total media advertising market. But more than that, consumers simply spend more time on smartphones and tablets, with the average time spent reaching almost three hours daily this year — approximately 40 more minutes per day than the average spent on a desktop or laptop computer. According to eMarketer, “The surge in mobile advertising is chiefly attributable to the fact that consumers are spending more and more time with their tablets and smartphones.”

Facebook recently announced that it agreed to acquire video advertising startup LiveRail, which helps Web and mobile publishers place better video ads in their apps and websites. Facebook calls LiveRail’s technology “a complete advertising solution for video publishers” and hinted at the wide-ranging utility of owning a video advertising platform with a reach across web and mobile sites, not just Facebook’s own properties.

The company said: “We believe that LiveRail, Facebook and the premium publishers it serves have an opportunity to make video ads better and more relevant for the hundreds of millions of people who watch digital video every month. More relevant ads will be more interesting and engaging to people watching online video, and more effective for marketers too. Publishers will benefit as well because more relevant ads will help them make the most out of every opportunity they have to show an ad.”

TechCrunch posits that Facebook’s Audience Network, the mobile ad network the company launched in May at f8, could work with LiveRail to bring targeted video ads to apps. LiveRail could also come into play on the video ads that appear directly on Facebook, targeted with each user’s data.

Twitter (NYSE:TWTR) has acquired a few advertising innovators of its own, including Tap Commerce, Namo Media, and MoPub. Twitter’s acquisition of MoPub, especially, is seen as vital to increasing the company’s mobile ad revenue, which is important given the amount of time that Twitter users spend accessing the service via their smartphones. Additionally, last week, the company launched a partnership with mobile analytics firms, called the Twitter Marketing Platform Program.

VentureBeat reports that the program enables marketers to measure impressions, clicks, and installs, improving the platform for advertisers and app developers who promote their apps on Twitter via app-install ads. (Which are exactly what they sound like: ads that encourage users to download or launch apps.) Twitter explainEd how the platform will work in a blog post called “Introducing mobile app promotion“:

“Mobile app promotion leverages Twitter’s existing powerful targeting capabilities, including interest, keyword, TV targeting and tailored audiences to help you reach your desired audience. You can also layer on gender, geo, language and mobile platform targeting to pinpoint the users who are best suited for your app. Once you’ve set your targeting, we offer a number of ways to customize the creative aspects of your ad using Promoted Tweets and App Cards, including:

In addition, App Cards on iOS will also include install notifications, a prompt that occurs on Twitter once your app is fully downloaded. The notification is designed to drive activation of your app when user intent is highest.”

“Razorfish found that on average, 77 percent of people felt that targeted ads that look at personal data and browsing history were an invasion of privacy. When Razorfish broke down the results, the US led they way with 79 percent, followed by the UK at 78 percent, China at 76 percent, and Brazil at 73 percent.  Apparently, about 77 percent of respondents also hate when they see the same internet ad over and over again. 77 percent of people in the US agree, while 81 percent in the UK, 78 percent in Brazil, and 80 percent in China felt the same way. Essentially, people hate seeing the same ads, targeted to their specific likes and interests, everywhere they go.”

However, an article on The Next Web details three reasons “why mobile advertising isn’t as huge as it’s hyped to be (yet),” and three changes that could get it there. Christof Wittig believes that factors holding mobile ads back include the fragmentation of the space, with more than 500 mobile ad networks, the standard of the 300-by-50 mobile ad banner, and inefficient vertical integration as every network tries to offer a full range of services.

However, Wittig writes that the consolidation of mobile ad networks and the rise of specialization over vertical integration could strengthen the industry and lead to growth. A third change — what Wittig terms an “iPhone moment” for mobile ads — is necessary to catalyze the industry toward changing mobile ads away from scaled-down versions of desktop ads and toward a form that makes sense for advertisers, platforms, and mobile users.

“When Steve Jobs first debuted his device, the market instantly realized smartphones were not just a shrunken desktop OS attached to a phone, but a new medium that was compelling, even sexy,” according to Wittig. “With much of mobile ads still flailing about in its 300×50 era, we are still awaiting that shift. “

The big winner in the growth of the mobile ad industry is, of course, expected to be Google, which already accounts for 10 percent of total advertising spending in the U.S. by itself. Facebook and Twitter are expected to gain market share, too, but any of the companies looking to be on top in mobile advertising will need to think of smartphones and tablets as something different than a scaled-down desktop or laptop, and create better, more accurate ads to drive mobile ad revenue.