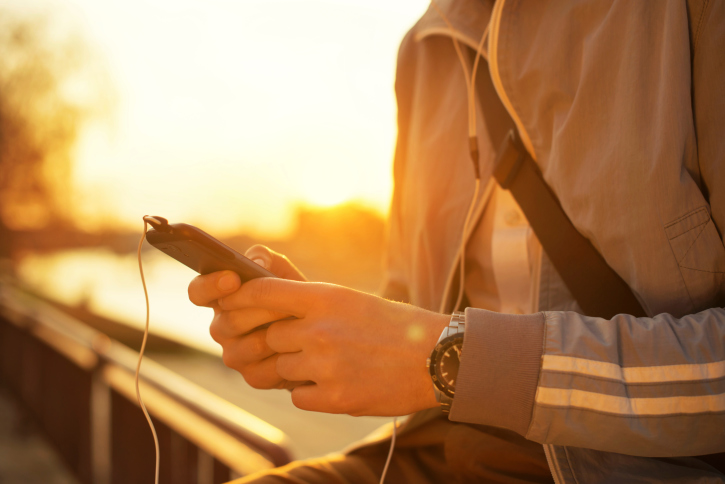 If you thought that photographing a check to deposit it to your bank account was advanced, then think again. The developing world is leaping ahead of the West as mobile money takes off globally. Quartz reports that in nine African countries (Cameroon, the Democratic Republic of Congo, Gabon, Kenya, Madagascar, Tanzania, Uganda, Zambia, and Zimbabwe) mobile-money accounts outnumber bank accounts. Unlike in the U.S., where transferring money to a friend usually still entails writing a check from a bank account, residents of many African countries transfer money and access other financial services directly from their phones. Also unlike in the U.S., you don’t need an expensive smartphone and data plan to access your money from your phone.

Quartz refers to a report by Bloomberg Businessweek‘s Charles Graeber, who took and documented a ten-day trip to Kenya to test the efficacy of M-Pesa, a money transfer and microfinance service launched in 2007 for Vodacom and Vodafone’s (NASDAQ:VOD) Safaricom, the country’s largest mobile network providers. M-Pesa enables users to make banking transactions without visiting a physical location.

According to M-Pesa’s website, users can send money to a bank account or a mobile number, make deposits or withdrawals through an M-Pesa vendor or “agent,” or transfer money between the service and a nearby bank. Users can even save money, as banks will soon be able to pay interest for the use of saved money to mobile money providers and their customers. An account stored on a SIM card is more secure than cash, and more easily accessible than a bank. Graeber likens the act of exchanging cash for a digital balance at the beginning of his trip to being “a caveman who’s just been handed a Bic lighter.” As Bloomberg Businessweek and Quartz report, Kenya is often thought of as the leader of Africa’s new mobile economy, has been using mobile money for seven years.

Quartz reports that M-Pesa is just one of the 242 “mobile-enabled e-money providers” that currently operate in 89 countries. Those services altogether count 203 million mobile money accounts. Thirty-eight percent of Kenya’s adults used a form of mobile money in 2013, and despite Kenya’s reputation as a leader in mobile money, Tanzania is actually ahead with 44 percent of Tanzanian adults using mobile money in 2013. That’s compared to the 14 percent of Tanzanian adults who used a traditional bank. As Pew Research reported in February, mobile technology has quickly become a part of everyday life in the emerging and developing world. A report reads:

People around the world are using their cell phones for a variety of purposes, especially for texting and taking pictures, while smaller numbers also use their phones to get political, consumer, and health information. Mobile technology is also changing economic life in parts of Africa, where many are using cell phones to make or receive payments.

In 2013, Tanzania began allowing citizens to pay vehicle licensing fees with mobile money. Mobile money providers are building more efficient tools that enable more businesses to accept mobile money and even to pay their employees in mobile money. Simply by paying more people in mobile money, businesses make it easier for other businesses to begin accepting it. In Kenya, a service called M-Shwari enables M-Pesa users to move money into bank accounts and apply for loans. In Tanzania and other countries, mobile providers play an even bigger role in financial services, enticing customers to commit to one provider with free insurance.

Quartz reports that the most severe limitation of the mobile money economy is that few network providers can transfer money to other networks. Until users can complete a transaction with anyone, regardless of network, the mobile economy will be limited even within a country, and will have little ability for international growth. But earlier this year, GSMA announced that nine mobile network providers operating in 48 countries in Africa and the Middle East agreed to allow mobile money transactions between providers, citing mobile money as a viable solution to bring financial services to large numbers of people in the developing world:

It is estimated that 2.5 billion people in lower to middle income countries lack access to financial services and cannot adequately invest in their livelihoods, protect their assets, nor mitigate shocks that cause them to fall deeper into poverty. However, it is estimated that 1.7 billion of these people have a mobile phone, providing existing infrastructure that can be used to sustainably offer financial services such as payments, transfers, insurance, savings, credit, and cross-border remittances.

The move to make mobile money an accessible, secure, and practical solution will change the global economy, and the establishment of a universal network or protocol will open new opportunities for individuals, businesses, and entire regions that currently don’t have a traditional financial services infrastructure. The rise of the mobile economy in Africa and the Middle East could prove to be a very dramatic demonstration of the ability of technology to build and change entire industries.