The technology industry was one of the best-performing areas of the stock market in 2013, and the first two months of 2014 have showed no signs of that trend slowing down. The popular ETF PowerShares QQQ has already returned 5.1 percent during the first two months of 2014.  And while that performance is solid, three stocks have rocketed to start the year. Those three stocks are Facebook (NASDAQ:FB), Google (NASDAQ:GOOG), and LiveDeal (NASDAQ:LIVE).

One stock that doesn’t appear to be slowing down is Facebook. Shares of Facebook have climbed a staggering 26 percent during the first two months of 2014 (as of Thursday’s closing price).  The continuing growth is due to a couple of main reasons: an impressive acquisition and an awe-inspiring earnings report.

In late January, Facebook released its fourth-quarter numbers, which blew away expectations.  The company’s revenue rose 63 percent year-over-year to $2.59 billion. Analysts had been expecting roughly $2.35 billion. The company’s net income also came in at a record high of $520 million. For comparison purposes, Facebook generated just $217 million during the first quarter of 2013.

In addition to the impressive financial performance, Facebook also impressed with some individual metrics.  Those metrics include:

Analysts also came away impressed because of Facebook’s continued growth in mobile. A year ago, mobile growth was a big concern, but Facebook has managed to continue to ramp up its efforts. For the fourth quarter 2013, mobile advertising revenue represented 53 percent of all advertising revenue. That is up from 23 percent during the same period a year ago.

Investors looking at the chart will also notice that shares have spiked toward the end of February. That spike can be attributed to Facebook’s recent acquisition of WhatsApp. Whatsapp is a messaging service where users can text each other free of charge. It especially comes in handy for texting friends and family internationally. This is another feather in the cap for Facebook, which is intent on solidifying its mobile revenue.

A second company that has been scorching hot to start 2014 is Google. Shares of Google have climbed nearly 9 percent (as of Thursday’s close). Like Facebook, Google also reported extremely positive fourth-quarter earnings numbers. For the fourth quarter 2013, Google reported total revenue of $16.86 billion, an increase of roughly 17 percent. While analysts were slightly disappointed with Google’s mobile production, shares have nonetheless continued to skyrocket. Google is now valued at roughly $410 billion.

Investors looking to the future should be aware that Google has several projects that could make this valuation look paltry. Those projects include:

Google Glass is perhaps generating the most buzz. The Glass is still in pilot mode with select participants having the option to purchase the device directly from Google for a grandiose price of $1,500. Consumers willing to shell out that amount of money should be aware that the retail price upon full launch is likely to be less than 50 percent of that. That being said, Google Glass is generating a lot of buzz and appears to have the makings of a real winner. There are a lot of potential applications that can be developed for the device. In fact, there was a recent report that New York police forces have begun testing the Google Glass. Given that the NYPD employs more than 34,000 policemen, a full adoption of the Glass could be huge, especially if this inspires other police departments around the country.

Another exciting development for Google is that the company recently joined several automakers [General Motors (NYSE:GM), Audi, Honda (NYSE:HMC), and Hyundai] in a new partnership to bring the Android mobile system to vehicles. The partnership will be known as the Open Automotive Alliance, or “OAA”, and will be focused on developing new technology in cars by utilizing the full power of the Android system. This is another massive revenue opportunity for Google.

It remains to be seen what other types of projects Google will become involved in. But one thing is certain, investors should never underestimate the company. It delivers time and time again and appears to be dead set on becoming the world’s leading technology pioneer for years to come. 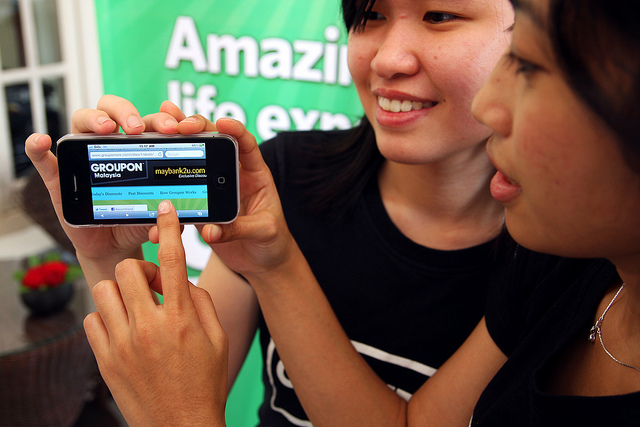 A third company that has been on a tear since the start of the new year is LiveDeal. Shares of LiveDeal have generated a return of 440 percent (as of Thursday’s closing price). In September of last year, LiveDeal launched LiveDeal.com, a platform that is able to offer instant deals by connecting restaurants and consumers through an advanced platform. The company has built a platform that offers several advantages, including:

One of the reasons why LiveDeal.com was created was to offer restaurants more options for deal creation. The largest competitor in the industry, Groupon (NASDAQ:GRPN), has a size advantage, but it also has a lot of stringent rules. An article published in early February indicated that Groupon had several disadvantages, which included limiting restaurants to three daily deals per year, requiring consumers to input a credit card to purchase vouchers, and Groupon’s “middleman” fee. Because of those limitations, restaurants were trying to find alternate ways of conducting business with consumers. Now consumers can transact directly with the restaurants.

Investors wondering why LiveDeal has had such a strong run to start 2014 can look at the following reasons:

After launching in September, LiveDeal has since expanded into Los Angeles, San Francisco, and most recently, New York City. In roughly 6 months, the company has managed to sign up restaurants in four of America’s biggest cities. The company has already penetrated 20 percent of all the restaurants in the San Diego area. It is likely that LiveDeal could produce similar metrics in other cities. Investors should be on the lookout for additional expansion announcements over the next 12 months.

On February 18, LiveDeal also reported some impressive financial numbers. The company reported year-over-year revenue growth of 4 percent during the first quarter 2014. The company also reported that its net loss narrowed by more than 60 percent. As the company continues to expand into additional cities and continues to further penetrate its existing markets, continued revenue growth would seem a strong possibility.

Given that LiveDeal is a micro-cap technology stock, one of the primary risks is the need to raise additional funds. In this case, that has already occurred. In January 2014, LiveDeal sold $10 million in common stock and ended up generating net proceeds of roughly $9.7 million. Therefore, new investors likely won’t have to face dilution risk for some time. That $9.7 million can be used for additional marketing, expansion, and customer acquisition.