5 of the Funniest Autocorrect Fails in Work Text Messages 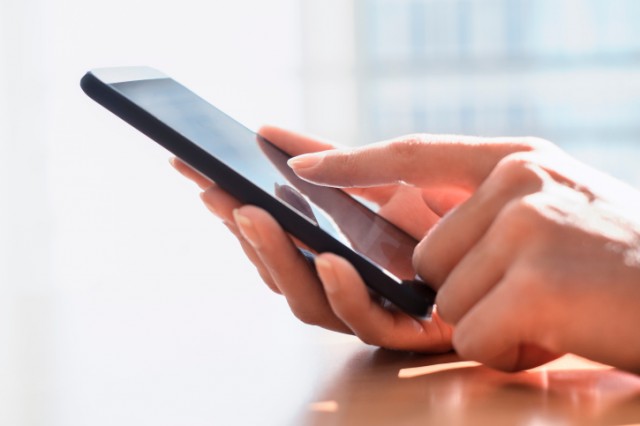 The smartphone: It’s efficient, convenient, and most of us can’t get through a single day without it. As of early 2014, Pew Research reports that nearly 60% of us have a smartphone. We use our phones for way more than simply “making calls.” The think tank found that more than three out of five of us use our phones to go online, and nearly seven out of 10 of us find ourselves checking our phones for messages or alerts, and oftentimes we do this when the phone is not even ringing or vibrating.

So we love our phones and for good reason. But, sometimes, those amazing little devices play tricks on us. Have you ever sent a text to someone and realized a moment later that you sent it to the wrong person? You know, those times where you accidentally tell your boss to make sure to “come home right after work” when you meant to send that message to your significant other. The next day, you’re boss still keeps a safe distance from you because of the creepy message, even after you explain the error.

Most people have been responsible for some sort of “text fail.” And these fails often involve your phone’s autocorrect feature. Although it can be hilarious after the humiliation fades a bit, autocorrect fails that are sent in business texts are the worst types.

We’ve created a list of some of the funniest autocorrect fails that were sent in work-related text messages. Have you ever sent a message similar to the one’s on this list to a coworker, client, or superior? Read on to see if any of these texts sound familiar.

A boss or team leader named Alex sends this message out to his entire team:

No, Alex is not running dirty team meetings, he simply meant to write “on time,” instead of intimate.

2. Bad case of the Mondays

Have a bad case of the Mondays, that is?

This user immediately realized her error and sent a correction-text soon after. But imagine what the recipient was thinking when they first saw this text fail.

So, this user appears to be a teacher or guest speaker in a classroom setting. And this educator definitely has a wide variety of “scientific” knowledge.

He meant to write “fuels” instead of “girls” in this text, which makes a huge difference in how the message reads to the recipient. Fortunately, the recipient appears to find the text funny and was not offended. 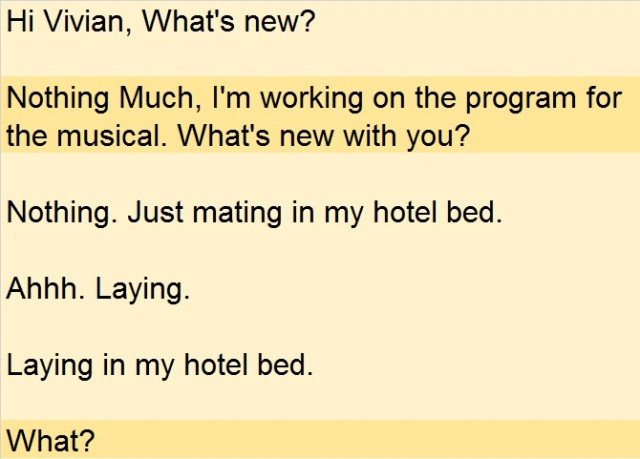 Vivian seems to be having a great time on her trip. Maybe too much fun? 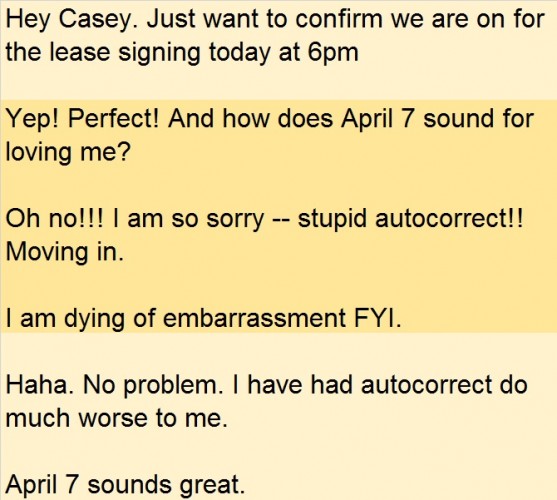 Imagine being the landlord who sent that message, you’d probably feel just a little bit strange being around the person to whom you sent the “loving” communication.