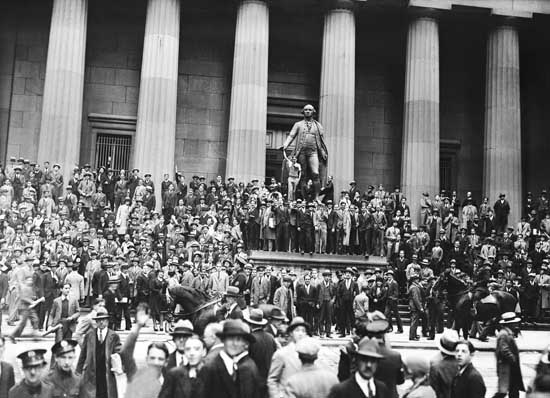 Investing is challenging enough without bringing emotions into the equation. Unfortunately, humans are emotional, and as a result investors often place too much reliance on their feelings, rather than using objective information to drive rational decision-making.

What causes investors to make irrational decisions? The short answer: our amygdala. Author and marketer Seth Godin calls this almond-shaped tissue in the middle of our head, at the end of the brain stem, the “lizard brain.” Evolution created the amygdala’s instinctual survival flight response for lizards to avoid hungry hawks and for humans to flee ferocious lions.

Over time, the threat of lions eating people in our modern lives has dramatically declined, but the human lizard brain is still running in full gear, worrying about other fear-inducing warnings like Iran, Syria, Obamacare, government shutdowns, taxes, Cyprus, sequestration, and other things (see Series of Unfortunate Events).

When the brain in functioning properly, the prefrontal cortex — the front part of the brain, in charge of reasoning — is actively communicating with the amygdala. Sadly, for many people and investors, the emotional response from the amygdala dominates the rational reasoning portion of the prefrontal cortex. The best investors and traders have developed the ability to separate emotions from rational decision-making by keeping the amygdala in check.

With this genetically programmed tendency of constantly fearing the next lion or stock market crash, how does one control the lizard brain from making suboptimal, rash investment decisions? Well, the first thing you should do is turn off the TV. And by turning off the TV, I mean stop listening to talking head commentators, economists, strategists, analysts, neighbors, co-workers, blogger hacks, newsletter writers, journalists, and other investing “wannabes.”

Sure, you could throw my name into the list of people to ignore if you wanted to, but the difference is, at least I have actually invested real money for more than 20 years (see How I Managed $20,000,000,000.00), whereas the vast majority of those I listed have not. But don’t take my word for it — listen or read the words of other experienced investors like Warren Buffett, Peter Lynch, Ron Baron, John Bogle, Phil Fisher, and other investment titans (see also Sidoxia Hall of Fame). These investment legends have successful long-term investment track records and they lived through wars, recessions, financial crises, and other calamities … and still managed to generate incredible returns.

Another famed investor, William O’Neil, summed up this idea nicely by adding the following: “Since the market tends to go in the opposite direction of what the majority of people think, I would say 95 percent of all these people you hear on TV shows are giving you their personal opinion. And personal opinions are almost always worthless … facts and markets are far more reliable.”

The harmful consequence of brain on pain

Besides forcing damaging decisions, another consequence of our lizard brain is its ability to distort reality. Behavioral economists Daniel Kahneman (Nobel Prize winner) and Amos Tversky, through their research, demonstrated the pain of a $50 loss is more than twice as painful as the pleasure from a $50 gain (see Pleasure/Pain Principle). Common sense would dictate our brains would treat equivalent scenarios in a proportional manner, but as the chart below shows, that is not the case:

Kahneman adds to the decision-making relationship of the amygdala and prefrontal cortex by describing the concepts of instinctual and deliberative choices in his most recent book, Thinking Fast and Slow (see Decision Making on Freeways).

Taking excessive risks in technology stocks in the 1990s or in housing in the mid-2000s was very damaging to many investors, but as we have seen, our lizard brains can cause investors to become overly risk averse. Over the past five years, many people have personally experienced the ill effects of unwarranted conservatism. Investment great Sir John Templeton summed up this risk by saying, “The only way to avoid mistakes is not to invest — which is the biggest mistake of all.”

Every person has a different perception and appetite for risk. The optimal amount of risk taken by any one investor should be driven by that person’s unique liquidity needs and time horizon … not a perceived risk appetite. Typically, risk appetites go up as markets peak, and conservatism reaches a fearful apex near market bottoms — the opposite tendency of rational decision-making.

Besides liquidity and time horizon, a focus on valuation coupled with diversification across asset class (stocks/bonds), geography (domestic/international), size (small/large), style (value/growth) is critical in controlling risk. If you can’t determine your personal, optimal risk profile, then find an experienced and knowledgeable investment adviser to assist you.

With the advent of the Internet and mobile communication, our brains and amygdala continually get bombarded with fearful stimuli, leading to disastrous decision-making and damaging portfolio outcomes. Turning off the TV and selectively choosing the proper investment advice is paramount in keeping your amygdala in check. Your lizard brain may protect you from getting eaten by a lion, but falling prey to this structural brain flaw may eat your investment portfolio alive.

Wade Slome CFA CFP is president and founder of Sidoxia Capital Management and shares his investing insights at Investing Caffeine.