GrubHub Hit the Ground Running, But Can It Keep Up the Pace? 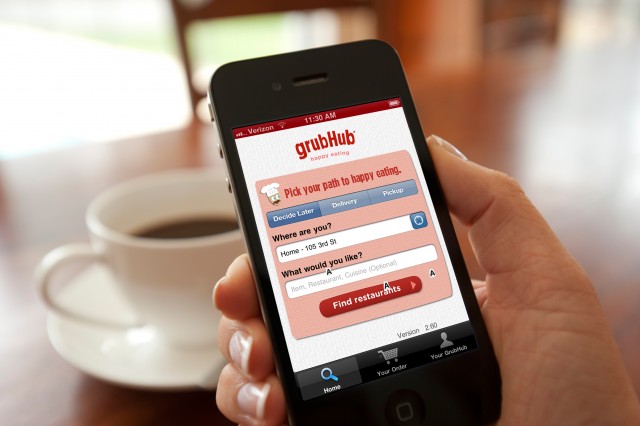 The GrubHub (NYSE:GRUB) initial public offering has landed, and in an office building somewhere in Chicago, it’s raining money. GrubHub floated 7.4 million shares at $26 apiece, and the stock jumped as much as 50 percent in early trading on Friday. Shares settled around $37 per share at time of writing, giving the company a market cap of approximately $2.7 billion. The online and mobile food-ordering service raised nearly $200 million with the offering.

The IPO was about as storybook as it gets, and GrubHub may have just found itself a spot in the club of Internet-mobile market darlings, alongside Twitter (NYSE:TWTR) and the maturing Facebook (NASDAQ:FB). The company is capitalizing on the same kind of tech-induced euphoria that has apparently drugged the market, leading to outsized valuations for anything that threatens to disrupt or monopolize the rapidly growing and all-important mobile-social sector (take “all important” with a grain of salt).

It seems as if investors are looking for the next Google (NASDAQ:GOOG) — a company that has, in a fairly short period of time, become a kind of Internet-based infrastructure. Google’s smashing success was the monetization of a daily function. In its case, the daily function was search; in Facebook’s case, it was socialization; and in Twitter’s case, it’s some hybrid of socialization, promotion, and media/news consumption.

In the club that GrubHub just gained access to, Google is in the VIP section and Facebook is a regular. Candy Crush maker KingDigital Entertainment (NYSE:KING), which launched its IPO last week, is in line, still waiting to get let in. Hanging out behind the club are Zynga (NASDAQ:ZNGA) and Groupon (NASDAQ:GRPN), two companies that were kicked out.

GrubHub has the potential to dig a pretty serious moat around itself in the online and mobile food-ordering space: It’s not like the restaurant industry and the practice of food delivery are going anywhere. The restaurant industry generates hundreds of billions of dollars in annual sales — more than $600 billion at last check, according to the National Restaurant Association — and nearly every restaurant on the face of the planet benefits from a competent and centrally organized platform like GrubHub.

Food delivery is about as fundamental a daily habit as social promotion or game playing (the value proposition of KingDigital Entertainment), and comes with the added benefit of being an established business in which money already trades hands. The company posted revenue of $137 million in 2013 by charging a commission for food orders from about 28,000 affiliated restaurants.

The business hasn’t been without friction, though. In 2013, profits shrank from $15.2 million to $6.7 million. GrubHub is also facing a lawsuit related to patents for order-syncing tech and online menus. Other concerns include weak financial controls — an issue highlighted by the company’s independent auditor — and growing liabilities to restaurants.

But the IPO market is so buoyant right now that it’s easy to forget these concerns. According to Renaissance Capital, the average IPO this year has returned 28.3 percent on its IPO price and 22 percent on its first day. These kinds of pops have made many risk-tolerant investors rich, particularly those who could get in early.

Google may have a little bit of skin in the game when it comes to the food-ordering and online menu space. Google Search added menus to its search results in February.