How You Win When Phone Carriers Fight

If your cell phone connects to Verizon or AT&T’s network, you’re one of the millions of people linked to their plans. In fact, a report from The Simple Dollar from August shows that Verizon claims about 33.7% of the wireless market, or about 108.7 million users. AT&T follows closely behind with 31.2% of the market, or about 100.7 million subscribers, making what the website calls a “duopoly,” with the companies controlling almost 65% of the phone plans in the United States.

But not ones to be left out, Sprint and T-Mobile have mounted pointed campaigns in attempts to get users to switch to their companies instead. Though they make up just 17% and 10.4% of the market, respectively, the two companies launched commercials and deals that put Verizon and AT&T in the crosshairs. The result: All four companies are competing more than ever for your business.

T-Mobile is now in the third year of its “Un-carrier” movement, which denounces multiyear contracts and began giving new customers free calling and texting while using Wi-Fi in September. In fact, the carrier has kept rolling since then, being the first to offer data rollover with its Data Stash program that was first announced in December. “2014 was the best year of growth in company history,” said John Legere, president and CEO of T-Mobile, during the company’s announcements about fourth-quarter earnings for 2014, which showed a net gain of 8.3 million customers over the year. “Our Un-carrier moves helped us blow away the competition.”

Sprint was willing to call out the two biggest phone carriers toward the end of 2014 and in the first months of 2015, promising to cut bills in half for customers who switched from Verizon or AT&T. Commercials for the deal feature customers taking a weed whacker, machete, and other tools to their previous bills. Perhaps the most pointed commercial was the one that aired during the Super Bowl, in which Sprint jumped on the screaming goat bandwagon while also comparing its two biggest competitors to, well, a jackass.

And though the two underdogs are still far from capturing a majority market share, Verizon and AT&T are paying attention. During Verizon’s fourth-quarter report for 2014, given January 22, Verizon CFO Fran Shammo reported the company netted 5.5 million new postpaid customers, “with 2 million coming in a highly competitive fourth quarter that featured heavy promotional activity,” Shammo said during the earnings call.

AT&T has evidently decided its best move is to make some of the same sort of offers the smaller, scrappier companies are making. During January’s Consumer Electronics Show in Las Vegas, the company announced it would also allow rollover data for its 50 million Mobile Share Value customers. Beginning January 25, customers already enrolled were automatically entered into the program, which also allows them to share data within plans. The only apparent downside: Data rolled over is only good for one month, and then it disappears.

And though Verizon wants to be careful in being categorized as following the pack, the provider began a new program in early February that allows existing customers to save money on their bill or receive extra data for the same billing statement. Customers have to call in and request the change; it doesn’t happen automatically. Customers with between 1 and 3 GB of data can choose to save $10 per month or get another GB of data for the same price they’re paying. According to the company, existing customers can switch anytime by logging in to their online account.

Despite the obvious domination of the market by Verizon and AT&T, small carrier upstarts scored some of the highest marks in Consumer Reports’ annual cell phone service survey, which was conducted in September among more than 63,000 of the publication’s subscribers and released in November. Companies such as Ting scored high for value and data service, while Verizon scored well on voice and texting but poor on value. Of the big four carriers, T-Mobile was the only one to score well in terms of value.

And though Sprint’s newest advertising tactics might help some customers overlook some glaring faults, the company scored the lowest of the big four providers in terms of value. It also did poorly for voice, text and data service. Sprint, to its credit, told Consumer Reports it was already working on making “dramatic changes” to its pricing and network, the factors it claimed were the most important to customers. Weeks later, Sprint launched the ads to slash existing bills from AT&T and Verizon, and to buy out new customers’ existing contracts from other providers. 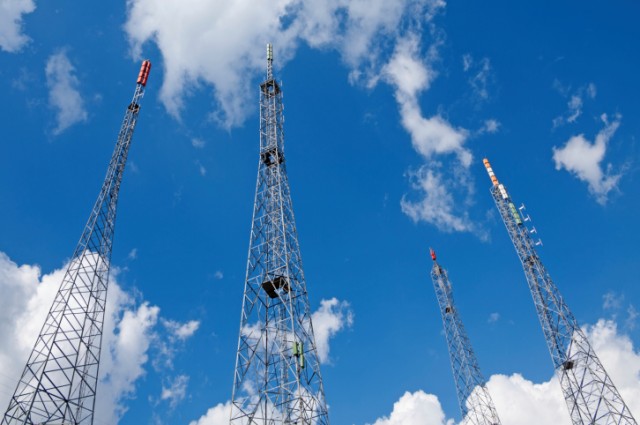 Throughout the latest spike in competition, the largest two providers will likely lean on what makes them so great in the first place: The quality of their coverage nationwide. But because they have the largest numbers of customers, writer Adam Levy for The Motley Fool points out the networks are also the most constrained when it comes to bandwidth.

The Federal Communications Commission auctions off Advanced Wireless Services licenses, and in January, AT&T and Verizon both spent billions of dollars in efforts to increase the capacity per subscriber. AT&T spent $18.2 billion on 251 licenses, and Verizon spent $10.4 billion on another 181 licenses in various locations across the country.

Yet another shift in the market could cause additional headaches for Verizon and AT&T executives if those buying efforts don’t pay off: In late January, Google inked separate deals with Sprint and T-Mobile to resell phone services on the companies’ networks. Though details are slim about when customers could begin purchasing phone plans from the Internet giant, the shift will likely encourage the wireless industry to cut prices and improve speeds, according to The Wall Street Journal.

Google is known to be a disruptive company that puts an emphasis on new ways of operation instead of just a more efficient process, and it already has its foot in the door of the wireless industry with its Android software. “It’s probably an attempt to put pressure on the carriers to improve their own products by showing new ways of offering service,” said Jan Dawson, an analyst at Jackdaw Research, to the WSJ. “When Google enters existing markets it tries to do things differently, rather than just doing something slightly better or cheaper.”

The bottom line is this: Following a competitive 2014, there are no signs of the competition slowing down between the largest wireless providers. If you’re in the market to switch and want to capitalize on the competition, now is probably the time to compare prices based on the plan you think you’ll need.