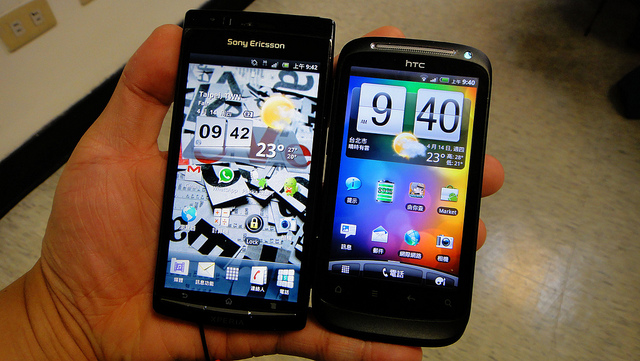 A new report from Raymond James analyst Tavis McCourt has some bad news for the smartphone industry. McCourt forecast that in 2014, non-Chinese smartphone markers will see zero growth while Apple (NASDAQ:AAPL) and Samsung (SSNLF.PK) continue to suck up over 100 percent of the industry’s profits, according to a research note seen by Investors Business Daily. ”The great moderation of mobile device growth is upon us,” McCourt wrote, per Investors Business Daily.

McCourt found that in the fourth-quarter of 2013, revenue from publicly traded smartphone vendors fell to 7.3 percent year-over-year after the industry has seen four years of double-digit growth. That figure is the lowest that has been seen since the recession. Based on the first-quarter guidance given by those same companies, the industry is likely to grow just 1.8 percent for the current quarter. ”In aggregate, we believe the industry ex-Chinese vendors is likely to see little to no growth this year,” he said.

McCourt’s research backs up previous findings that the smartphone market in the first world has almost reached complete saturation, at which point the only smartphones vendors sell will be replacements and upgrades rather than to first-time smartphone owners.

“It remains unclear to us where any non-Chinese vendor outside of Apple and Samsung will obtain the profits necessary to re-invest in the business,” McCourt said per Investors Business Daily. “The mobile device market continues to look like an Apple and Samsung market in the developed world, with Chinese-based vendors continuing to take share in emerging markets.”

Apple and Samsung won’t remain unaffected by the market changes. Both companies released fourth-quarter results that have started to show the effect of market saturation on their financials. While Apple sold a record 51 million iPhones in the fourth-quarter, that figure was lower than analysts had been expecting and lead to concern that the iPhone has little room left to grow.

As for Samsung, the South-Korean handset manufacturer reported that despite generating record revenue of 59.28 trillion won, or $54.95 billion, in the fourth-quarter of 2013, profits declined for the first time in two years, falling to 8.31 trillion won, or $7.7 billion. More important than the disruption of Samsung’s consecutive quarterly profit growth was the fact that earnings from its mobile division were flat compared with a year ago, a drop the company attributed to tough competition from Apple and Chinese vendors.

Overall, this is especially bad news for smartphone makers like Microsoft (NASDAQ:MSFT), which recently purchased Nokia’s (NYSE:NOK) handset unit in order to focus more closely on the creation of its Windows Phone, and BlackBerry (NASDAQ:BBRY), companies that are desperately trying to take even a tiny chunk of smartphone market share away from Apple and Samsung. It seems like Google (NASDAQ:GOOG) had the right idea in selling Motorola to Chinese vendor Lenovo (LNVGY.PK).

McCourt has previously called the saturation phenomenon “The Great Moderation in Smartphones,” and believes that soon the smartphone market will begin to resemble the PC market.