Why Amazon Is a Web 2.0 Bubble Stock 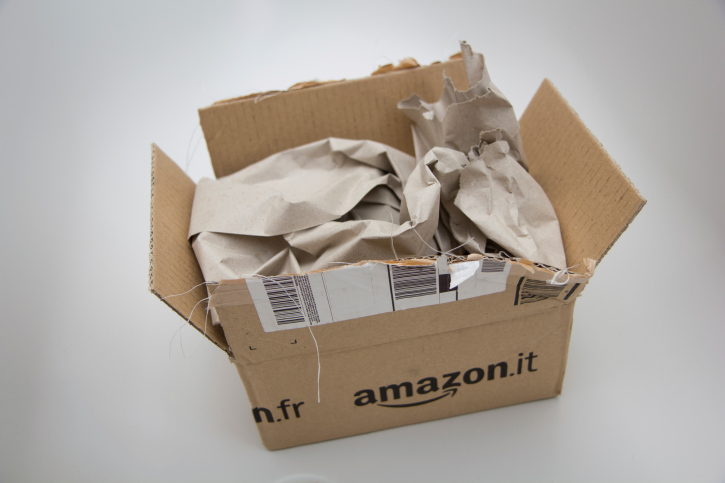 On December 10, 1999, Amazon (NASDAQ:AMZN) shares established what was then an all time high at $111.94. One year prior to that date, in October 1998, analyst Henry Blodget made a name for himself after setting a then-audacious one-year $400.00 price target for Amazon stock. Be advised that Blodget’s $400 price target did calculate out to a split-adjusted $66.67. In reality, Amazon shares were to actually blow through Blodget’s $400.00 Amazon price target within six short months. From there, Amazon stock was to promptly collapse to $5.97, on September 28, 2001, amid the depths of the dot-com bust. The Securities and Exchange Commission ultimately banned Blodget from the securities industry and ordered the man to pay a $4 million fine. At the time, the career of Henry Blodget paralleled the excesses of cheap money, speculation, and irrational exuberance.

In retrospect, however, Henry Blodget was vindicated, but for what appears to be all of the wrong reasons. Amazon stock closed out the May 16, 2014 trading session having changed hands at $297.70. On January 22, 2014, Amazon did establish an all time high at $408.06 per share, to far outpace Blodget’s original $66.67 split-adjusted price target. Ironically, Amazon may have now emerged again as the poster child for today’s Web 2.0 bubble. This time is no different.

The term Web 2.0 refers to a series of technologies that integrate virtual social communities within various websites. The ultimate Web 2.0 goal remains to attract traffic towards a particular site in order to hawk advertising, goods, and services to a captive user base. Popular Web 2.0 destinations would include Twitter (NYSE:TWTR), Facebook (NASDAQ:FB), Instagram, and of course, Amazon. The Amazon business model encourages a diverse user base to review products, play games, and even write books. From there, Amazon often employs bait-and-switch practices, where it retails product at cost, in order to ultimately drive demand towards higher margin wares. For example, the Kindle tablet serves as a portal for Amazon digital content.

Be advised that Amazon fiscal years do coincide with calendar dates. In recent times, Amazon’s profit trajectory may be described as flat at best. For 2010, Amazon took down $1.15 billion in net income off $34.2 billion in sales. From there, Amazon was to close out its latest 2013 fiscal year having generated a mere $274 million in profits upon $74.5 billion in net revenue. Still, misguided Amazon bulls may highlight these results as a dramatic improvement upon 2012, when Amazon did rack up $39 million in losses. In any event, the Amazon bait-and-switch methods that fostered dramatic revenue growth have largely failed to trickle down to the bottom line.

In Q4 2008, The Federal Reserve Board did lower its target federal funds rate to an unprecedented zero amid the 2008 credit crisis and housing bust. Over time, Federal Reserve and Treasury officials added Operation Twist, Term Asset-Backed Securities Loan Facility (TALF), and Troubled Asset Relief Program (TARP) to the American financial lexicon. By May 14, 2014, The Federal Reserve balance sheet had bloated to $4.3 trillion. Federal Reserve officials, of course, have remained hopeful that the stimulus packages would encourage consumption, borrowing, spending, and investing activities. Amazon share price performance, however, may signal that speculators have leveraged recent access to cheap capital to inflate yet another asset bubble in Web 2.0 stocks.

Again, traders dealt Amazon shares of stock for $297.70 at the May 16 closing bell. Wall Street has now effectively applied a $136 billion market capitalization price tag onto the Amazon business model. Amazon, however, posted a mere $274 million in 2013 net income. The $297.70 share price therefore calculated out to an expensive 500 times trailing earnings. Amazon would still trade for a pricey 136 times current estimated earnings, if it were to close out the 2014 year with $1 billion in profits on the books. Amazon has been priced to perfection. At these levels, Amazon bulls must be willing to argue that annual profits at the online retailer will double into the near future.

If anything, Amazon profitability may deteriorate sharply, as the economic cycle grinds through the inevitable recovery, boom, and bust stages. Conservative investors should consider selling off and avoiding Amazon shares. Results for this Web 2.0 Bubble will be no different than those of the 2000-2002 dot-com crash. History does repeat itself.