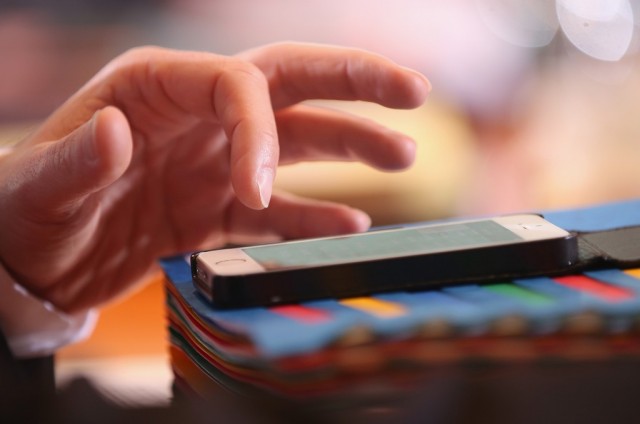 Tinder officially sparked the kindling with the announcement that it will be offering a paid version of its traditionally free matchmaking mobile app. The new addition to the company’s product lineup, dubbed “Tinder Plus,” gives users access to additional features, including “two most-requested features through Passport and Rewind, as well as unlimited liking capabilities.”

Social media and mobile apps looking for ways to monetize their products is nothing new, and to be expected, really. But Tinder is taking a unique approach to Tinder Plus, and that is that the company will actually be charging people on different pricing tiers, based on the age of the user. You’re probably thinking, “well, that’s age discrimination!” And you’d be right, it is a form of discrimination based on age. But Tinder’s business model is such that it is working in an interesting commodity: people.

And because of that, Tinder discriminating based on age is actually okay.

As for the specifics, the Tinder Plus premium app will see price increases for users over the age of 30 in the United States, and 28 in other areas, like Europe. Obviously, many users are irked that they may have to pay more to use the service simply because they are of a certain age, but the company has obviously put a lot of thought into the move, and came to the conclusion that it was the right direction to take.

“We’ve priced Tinder Plus based on a combination of factors, including what we’ve learned through our testing, and we’ve found that these price points were adopted very well by certain age demographics,” said a Tinder spokeswoman, according to a report from the BBC.

“Lots of products offer differentiated price tiers by age, like Spotify does for students, for example,” she continued. “Tinder is no different; during our testing we’ve learned, not surprisingly, that younger users are just as excited about Tinder Plus, but are more budget constrained and need a lower price to pull the trigger.”

Here’s the thing: The Tinder spokeswoman is right. There are all kinds of quiet ways that companies discriminate. Think about “ladies’ nights” at your local bar, or a more blatant example, the way that auto insurance companies levy heavier charges against younger drivers rather than more experienced motorists. There are dozens of other ways businesses do similar things, and people don’t typically make a stink about it.

While Tinder may end up ruffling some feathers with the move — which it will inevitably face consequences in some way — it is, at the end of the day, a business decision. For Tinder, the most valuable part of its business are its younger, more attractive users. That’s the plain and simple fact of the matter, and Tinder’s leadership knows it. As the app’s pay-model grows, the people who end up getting the least amount of value from the app, will eventually end up leaving. Those people who aren’t getting much value from Tinder Plus are probably not having any trouble meeting potential matches without the app, creating a bit of a pickle for those who still use it.

If the hotties are all gone, then, well, why keep paying to use it?

There may be a bit of gender discrimination in the app’s pay-model as well, although unintentional. A report from The Washington Post says that roughly 45% of Tinder users are women, although that number may have shifted since the July 2014 publishing date. That automatically makes female users more valuable than male users, giving Tinder an incentive to charge male users more for premium services. While it’s unclear if that will happen or not, it’s another issue to consider.

What Tinder is effectively doing is commoditizing its users, much in the same way that Facebook or Google does. When its most valuable users are young and attractive, it only makes sense that the company would offer lower prices for premium services to those individuals. For older or less-attractive users, there is the potential for more marginal utility from the app, hence a higher price.

For users who can’t stomach the changes, there’s always the option to swipe left on the Tinder platform, and move on to the next dating app.