Apple’s acquisition of the Beats Music audio streaming service last year may turn out to be one of the company’s most prescient purchases. Nielsen SoundScan recently released its music consumption data for 2014 and the outlook is not pretty for purveyors of physical and digital music. According to a preliminary copy of Nielsen’s report obtained by AllAccess, sales of digital albums and digital tracks dropped by 9% and 12%, respectively in 2014. Although U.S. consumers bought 257 million albums last year, this was an 11% decline from the 289.4 million albums that the industry sold last year. In fact, some of the only bright spots in Nielsen’s report came from two seemingly opposite ends of the technology spectrum: subscriptions to digital music streaming services and analog vinyl record sales.

“Digital music consumption continues its robust growth, with On-Demand streaming up 54% over last year and 164 billion song streams being played in 2014,” said Nielsen SVP David Bakula, according to AllAccess. “Although overall music sales are showing declines, Vinyl album sales were up 52% in 2014, shattering last year’s record-setting total by more than 3 million LPs.  In 2014, Vinyl album sales accounted for more than 6% of all physical albums sales.”

While Apple doesn’t have any plans to start pressing vinyl records (as far as we know), the company’s acquisition of Beats Music will allow it to benefit from the increasing popularity of subscription-based music streaming services. While it’s unknown how many subscribers Beats Music currently has, the service is believed to have far fewer subscribers than many other on-demand services. According to comments made by Beats co-founder Jimmy Iovine at Re/code’s Code Conference last year, Beats Music only had 250,000 subscribers in May 2014. Although this seems like a paltry amount compared to Spotify’s 12.5 million paying subscribers, it should be noted that Beats Music only made its debut in January 2014, while Spotify launched in 2008. 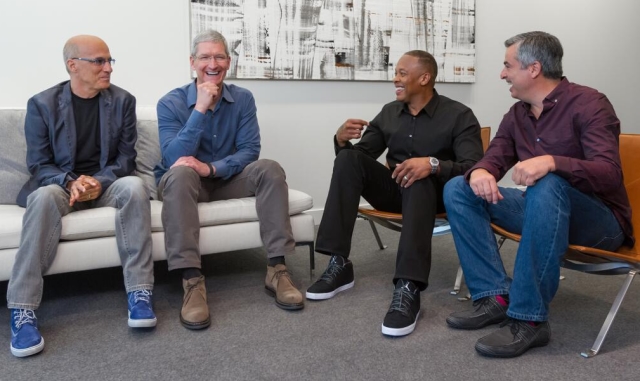 Beats Music also has several important advantages that could accelerate its growth throughout 2015. First, the company has assembled an impressive group of respected artists and music industry insiders that are lending their expertise to the company’s unique human curation approach to music streaming. Prominent Beats Music employees include Trent Reznor, Dr. Dre, and Jimmy Iovine. While it may be difficult to quantify the value that these artists bring to the service, their input undoubtedly helps differentiate Beats Music from the crowded music streaming market.

“When I listened to [Beats Music] for a while I feel completely different,” Apple CEO Tim Cook told Charlie Rose last year. “And the reason is that they recognized that human curation was important in the subscription service, that the sequencing of songs that you listen to affect how you feel. It’s hard to describe, but you know it when you feel it.”

Second, thanks to the power that Apple brings to the negotiating table, Beats Music may soon have a pricing advantage over its music streaming service rivals. According to insider sources cited by Re/code last October, Apple is working on securing a cut-rate subscription fee for Beats Music that would be lower than the industry standard of $10 per month.

Finally, Beats Music may also soon have the market advantage of being a native iOS app. While it’s unclear if Apple will retain the Beats Music brand or simply integrate the music streaming service into its well-known iTunes family of music services, most industry watchers believe that the next generation of Apple products will be preloaded with some version of this music application. This will expose Beats Music to millions of customers who buy Apple’s products each year and will likely give the music streaming service a significant boost, especially if Apple lets users try out the service for free for a limited time. 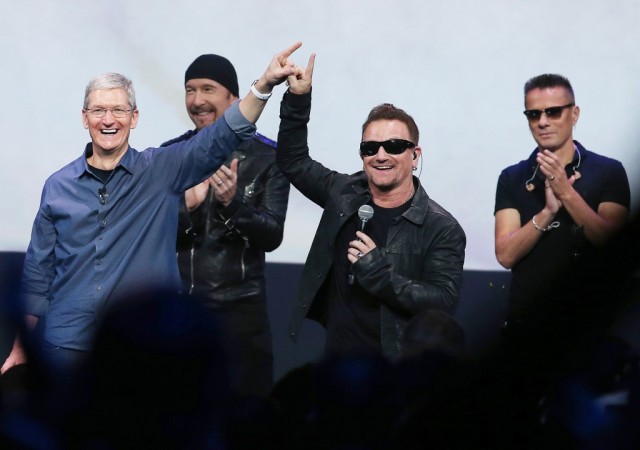 Although there’s no question that Beats Music will play a major role in Apple’s future music business as subscription-based digital music streaming services continue to grow in popularity, the Cupertino-based company is also taking other steps to revamp its traditional music download business. The increased use of exclusive album release deals is one approach that Apple will likely use to boost its future digital music download sales. In December 2013, Apple was the exclusive retailer of Beyoncé’s self-titled album for one week. The album soon became the fastest-selling album in iTunes history with 828,773 copies sold in just three days. According to unnamed insider sources cited by the New York Post, Iovine has been leveraging his music industry contacts to strike more exclusive album release deals with other artists.

Apple may also be developing new digital music formats that could help boost its music download sales. U2 front man Bono discussed a new audiovisual interactive music format that Apple is developing in an interview with TIME, while Trent Reznor dropped hints about a new music delivery project he has been working on in an interview with Billboard. Apple also experimented with delivering music as a free download when U2’s latest album was automatically added to all iTunes users’ music libraries as part of the new iPhone 6 and iPhone 6 plus launch event. Although that particular approach will not likely be used by Apple again due to the backlash it generated from many users, it demonstrated the company’s willingness to experiment with different music delivery methods. So while it’s always possible that Apple could revolutionize the music industry with an as-yet-unknown method, the latest music consumption data from Nielsen appears to confirm that the company’s acquisition of the Beats Music subscription streaming service was a well-placed bet on the future of the industry.