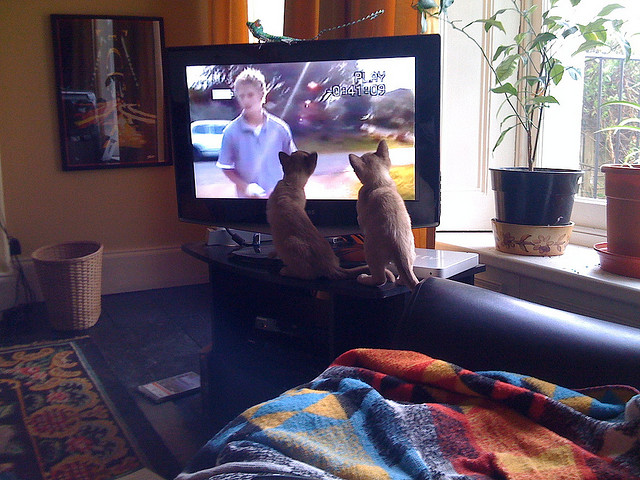 According to a report from Variety, cable companies have been secretly charging customers for switching to less expensive cable packages when what they should be doing is offering more discounts to the customers that chose to stick with them.

Time Warner Cable (NYSE:TWC) charges a onetime fee of $4 when customers switch to a less expensive package, a rep for the company told Variety. Comcast (NASDAQ:CMCSA) charges between $1.99 and $5.99 for such downgrades, the company confirmed to the news source. Neither company lists those charges on their websites. Dish Network (NASDAQ:DISH) charges a downgrade fee of $5, but only if the change comes within 30 days of the customer’s last package change.

It’s not exactly breaking news that cable and satellite television providers have increasingly frustrated their customers with hidden fees and price hikes. The practice has been going on for years, and for years consumers didn’t have another option — it was either cancel your television service completely or deal with the pay-TV companies.

The advent of Netflix (NASDAQ:NFLX), Hulu, and other cheap online streaming options seemed like an answer to every TV junkie’s prayer. Online streaming rids television of (most) annoying commercials, lets you watch what you want on your own time, and costs less than $10 per month in comparison to cable plans that can be ten times that much. People who choose to ditch pay-TV for online streaming are referred to in the industry as “cord cutters,” and they are now pay-TV’s biggest fear.

Unfortunately for pay-TV, cable and satellite companies aren’t doing much to deter their customers from cutting the cord. Instead of changing with the industry, cable companies are hitting their remaining customers with more fees as their subscriber numbers dwindle with each earnings report.

Netflix has been aggressively challenging traditional pay-TV from the get-go, and the service’s critically acclaimed and popular original programming has made it an even stronger contender against its more expensive and fee-ridden rivals.

Some pay-TV executives, like famed cable investor John Malone, believe the answer is consolidation, which could help the companies offer more competitive pricing.

Some believe that networks will soon have to reduce the retransmission fees they charge for their content, which forces cable companies to charge their customers more. Perhaps it’s inevitable that consumers will increasingly turn to the Internet for television, and pay-TV can either change to fit that model or die out.

Whatever the case, charging customers for making the choice to stick with pay-TV isn’t going to help.