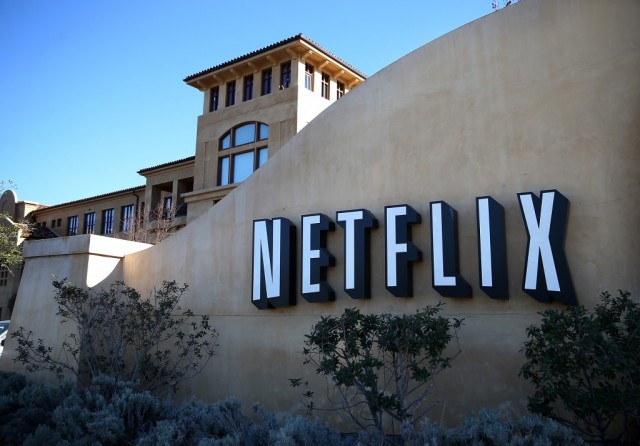 When a high-flying growth stock encounters a plot twist, investors typically toss the entire script into the trash. Netflix is experiencing this firsthand as shares posted one of its worst days in company history.

Netflix reported third quarter results after Wednesday’s closing bell. The streaming giant earned 96 cents per share on revenue of $1.41 billion, compared to Wall Street’s expectations of 93 cents per share on revenue of $1.41 billion. However, subscription growth failed to meet estimates. Netflix only added 3.02 million total subscribers in the quarter, below the company’s own estimate of 3.69 million subscribers. In fact, domestic net additions were below the same level a year earlier.

“As best we can tell, the primary cause is the slightly higher prices we now have compared to a year ago,” said CEO Reed Hastings and CFO David Wells, in a letter to shareholders. “Slightly higher prices result in slightly less growth, other things being equal, and this is manifested more clearly in higher adoption markets such as the US. In hindsight, we believe that late Q2 and early Q3 the impact of higher prices appeared to be offset for about two months by the large positive reception to season two of Orange Is the New Black. We remain happy with the price changes and growth in revenue and will continue to improve our service, with better content, better streaming, and better choosing. The effect of slightly higher prices is factored into our Q4 forecast.”

Netflix shares plunged as much as 26% in after-hour trading. In addition to the weaker-than-expected subscription numbers, the fourth quarter earnings forecast of 44 cents per share was well below Wall Street’s estimate of 84 cents. Netflix’s free cash flow also continued to take a beating. As the chart above shows, non-GAAP free cash flow totaled -$74 million for the three months ended September 30, 2014, compared to $7.1 million a year earlier. Netflix finished the quarter with $1.7 billion in cash.

“As we’ve written previously, our increased use of cash for content, especially originals, will cause FCF to be materially less than net income, at least for the years ahead while we are increasing our investment in this area,” said Hastings and Wells. Netflix recently announced it will be releasing its first original film next year, Crouching Tiger Hidden Dragon: The Green Legend. The company also announced a deal to make four new Adam Sandler films, to be released only on Netflix, beginning in 2016.

The dramatic move in Netflix shares is nothing new to long-term investors. Earlier this year, shares plunged from $460 to $300 in only two months. In 2011, shares declined from $300 to $60. Looking forward, Hastings continues to invest in the company’s future and expects to have over 57 million global customers by end of this year.