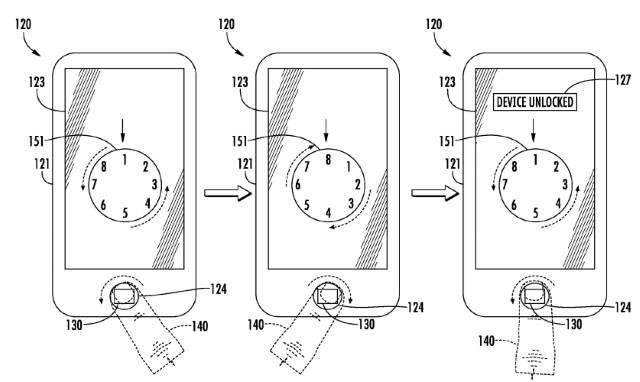 Apple pushed smartphone security to the next level when it introduced the Touch ID fingerprint sensor system on the iPhone 5S in 2013. Not only did the biometric authentication system provide users with a practically unbreakable method for securing their devices, but the convenience of the system actually increased the use of passcodes among iPhone owners.

According to Apple Senior Vice President of Software Engineering Craig Federighi at the 2014 Worldwide Developers Conference (WWDC) in June, less than half (49%) of iPhone owners used a passcode before Touch ID was introduced. After the introduction of Touch ID, 83% of iPhone owners used Touch ID or a passcode to secure their devices. This percentage has likely increased with the introduction of the iPhone 6 and iPhone 6 Plus, the second generation of iPhone models to include Touch ID. Apple also expanded the biometric authentication system to its latest tablet models with the iPad Air 2 and the iPad mini 3.

While it is highly likely that the next generation of Apple’s mobile devices will also feature the Touch ID system, the next version of Touch ID could be even more secure than the current system. In a recently published patent first spotted by AppleInsider, the iPhone maker outlined a new Touch ID system that will only unlock when a valid fingerprint is used in combination with specific input motions, such as rotational or linear movements. In other words, this new version of Touch ID will pair the convenience of a biometric authentication system with the enhanced security of a memory-based input gesture. So how is this more secure than a purely biometric security system?

Although Apple’s Touch ID system is generally considered a highly secure method for locking a device, the use of biometric data as a passcode does present a few drawbacks. It should be noted that even sophisticated fingerprint sensors like the one used on Apple’s iPhones can be fooled with synthetic replicas of fingerprints.

Soon after the iPhone 5S made its debut in 2013, a team of hackers in Germany called the Chaos Computer Club successfully bypassed the Touch ID system by photographing and creating a copy of a user’s fingerprint on a latex sheet. While the complexity of the process used by the Chaos Computer Club makes it unlikely that this method could be effectively used on a device in a real-world situation, the addition of an input motion would make this already unlikely hack completely impossible.

However, more important than blocking the Chaos Computer Club’s unlikely hack would be the ramifications that the new Touch ID system could have for an iPhone owner’s legal rights. While the ability to lock or unlock a device with just a fingerprint is far more convenient than entering an alphanumeric passcode, legal experts have noted that a user’s fingerprint does not have the same Fifth Amendment protections as a memorized passcode.

As attorney Marcia Hoffmann pointed out in Wired, the government cannot compel a person to divulge a memory-based password that unlocks a device with potentially incriminating evidence against them, since this would violate their Fifth Amendment protection against testifying against themselves. On the other hand, according to Hoffmann, the courts have already determined that information such as fingerprints and DNA samples are not covered by the Fifth Amendment since biometric information is not considered testimonial. But a Touch ID system that relies on a fingerprint as well as an input gesture would fall under Fifth Amendment protections, since the government could not compel a user to divulge his or her passcode gesture.

Although Apple does not use every invention that it patents, it is quite possible that the new Touch ID system outlined above could appear in the company’s next-generation mobile devices, since it may only require a software update in order to implement. The patent, titled “Electronic Device Switchable to a User-Interface Unlocked Mode Based Upon a Pattern of Input Motions and Related Methods,” was attributed to Dale Setlak, one of the co-founders of AuthenTec, the company that provided Apple with its Touch ID technology.