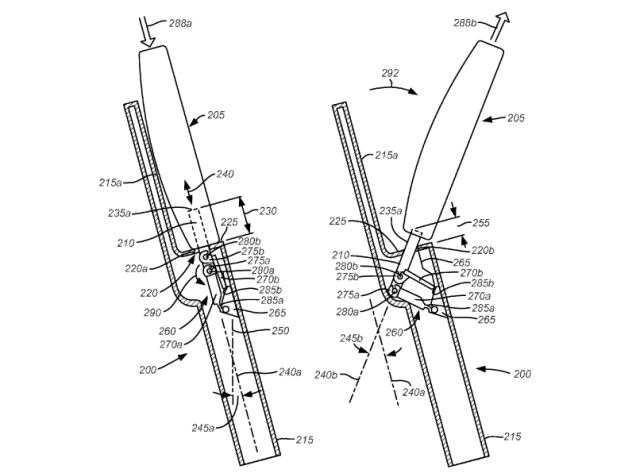 It may soon become slightly harder for Apple (NASDAQ:AAPL) users to unintentionally damage their iDevices. In a recently published patent application first spotted by AppleInsider, Apple identified and proposed a solution to a common damage issue with mobile device docking stations. In a patent titled “Self-Retracting Connector for Docking Device,” Apple described a new type of plug connector that would help prevent damage to docking stations and mobile devices when devices are being connected or disconnected.

As noted by Apple in the patent background information, the connectors found on most docking stations today are not ideal. “[C]onnectors can be weak points, especially when devices become large and additional stresses are placed on the connector,” Apple said. “The connector may also provide most of the support for the device. Accordingly, the connectors of such docking stations can be damaged by misuse, e.g. being pulled in an improper direction.”

As seen in the illustration above, the retractable connector has a mechanism that allows it to move within the housing without breaking. According to Apple, another embodiment of this invention uses a connector that extends out of the docking station. In this scenario, the entire plug connector would be encased in movable housing that would rotate forward when a mobile device is being attached or removed from the docking station.

While it is not known if Apple has any near-future plans to manufacture its proposed docking station, the invention exemplifies the company’s obsession with detail and creating high-quality premium products. Apple designer Jony Ive recently discussed the company’s approach to designing products in an interview with the U.K.’s The Sunday Times.

“We’re surrounded by anonymous, poorly made objects,” Ive said to the publication. “It’s tempting to think it’s because the people who use them don’t care — just like the people who make them. But what we’ve shown is that people do care. It’s not just about aesthetics. They care about things that are thoughtfully conceived and well made. We make and sell a very, very large number of (hopefully) beautiful, well-made things. Our success is a victory for purity, integrity — for giving a damn.”